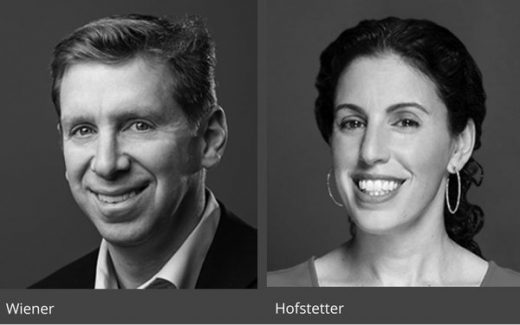 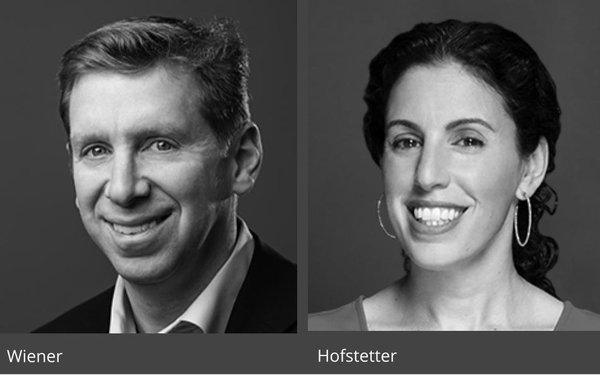 Profitero announced on Tuesday ad industry veterans Bryan Wiener and Sarah Hofstetter were named chief executive and president, respectively. The two, whose careers have been in sync for nearly 20 years, have a long history in data, ecommerce, search, and social.

“It’s difficult to find business partners that you’re able to do great things with,” Wiener said. “One of the key ingredients to driving business is to have a leadership team in sync and feel comfortable working with each other.”

Previously, Wiener worked for years leading Comscore, as well as on the board at Cars.com. He also co-founded Innovation Interactive/360i, and served as executive chairman at Sysomos Expion. Hofstetter’s equally impressive industry background includes serving on the board of directors at Campbell Soup Company, president of Comscore, and CEO at 360i.

Who you work with is an important element in achieving success, Wiener said. He and Hofstetter were working with a private equity firm looking to fund Profitero. That firm didn’t make the investment, but Scaleworks Venture Equity Fund did, with participation from Conviction Capital. Profitero raised $20 million in Series B funding from that investment, and plans to use part of the monies to expand its businesses through acquisitions and develop new products and services.

The two have a consistent instinct for finding industries where consumer adoption is ahead of the readiness of the market. Hofstetter said this is similar to what happened in search and social. “Marketers are, unfortunately, under-prepared with consumer adoption of ecommerce,” she said. “The pandemic accelerated it. We’ve made our careers helping brands navigate chaos and change.”

The new leadership team, which includes the appointment of Sandor Palfy, former CTO of LogMeIn, to CTO was part and parcel to the latest funding round received last week and announced today.

The pandemic has accelerated the growth of ecommerce, but it also “complicates any business transaction because it adds uncertainty,” Wiener said.

Profitero, which supports global brands like Adidas, Clorox, L’Oreal, and General Mills across 50 countries has yet to reach profitability, but Wiener said it’s on track.

Last week, L’Oreal reported 20% of its global sales came from ecommerce in first-quarter 2020.

Data is the backbone of Profitero. The data give brands more information about competitive products that sell through dynamic ecommerce environments such as Amazon, Walmart, and Target, as well as provding information on conversion rates, price and promotions, and traffic.