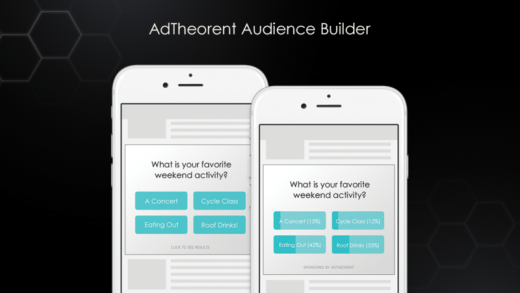 After building a model based on attributes of those who answer polls in specific ways, AdTheorent’s machine learning then directs ads at larger pools of similar users. 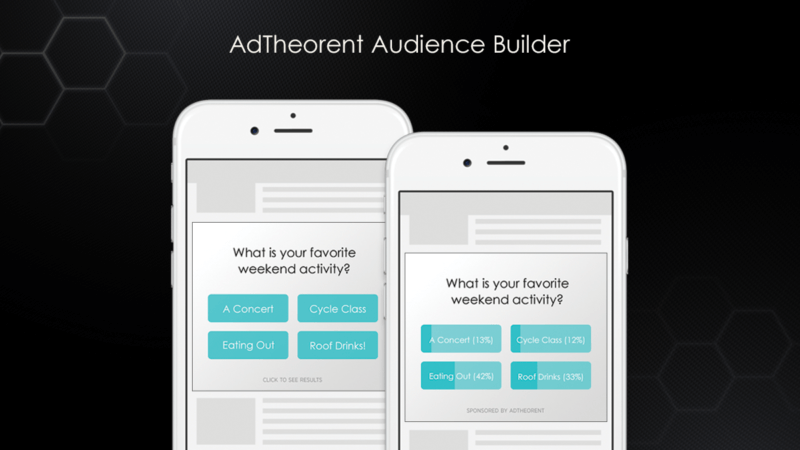 Predictive ad tech provider AdTheorent is now finding its model users for ad campaigns by asking them to raise their hands.

Its new Audience Builder offers 300 x 250 ad units to poll users, and the attributes of users who answer one way or another are immediately employed to create and modify custom models that target audiences for the followup ad campaign.

For instance, the Audience Builder poll might ask viewers: What is your favorite weekend activity? Choices (as in the image on the top of this page) might include: a concert, eating out, cycle class or roof drinks. Each choice will be used to model a different kind of audience.

The purpose of the campaign was to “combat cultural pessimism” and align the bank’s brand with positiveness. The polling ad asked one of two questions:

The bank considered that a “yes” answer to either question indicated a positive individual. Users answering in the affirmative, identified by cookies or mobile device IDs, were then matched against AdTheorent’s cross-device graph, which includes such attributes as the user’s demographics, psychographics (interests, behaviors), age, gender and/or marital status.

Building the audience model. Those attributes were then fed into machine learning to create an audience model with a specific set of features — in this case, a perceived predisposition for optimism — for targeting either a banner ad or a pre-roll video, mostly on mobile web but also for some in-app ads.

AdTheorent SVP Matthew Groner said that 1.4 percent of viewers of the polling ad responded with an answer. For the question of whether optimism can be learned, he said, there were about 7,000 answers, of which about 5,000 said yes via a yes/no slider. For the donation to charity question, there were roughly 6,800 responses, with approximately 2,800 of those in the affirmative.

AdTheorent said targeted users exhibited an 82 percent video completion rate, 9.3 percent above the industry standard. The polling ad and the followup ad campaign ran on properties from premium publishers, including The Washington Post, Business Insider, Weather.com and The Daily Beast.

A click on the banner ad took the user to the “Opt 4 Optimism” site, as did a link at the end of the pre-roll video ad.

Why this matters to marketers. Marketers target digital ads through all kinds of inferences about what attributes their target audience shares, but directly asking potential targeted users makes inferences unnecessary.

Surveys have been used to target audiences before, but in this case a targeted polling ad is immediately fed into machine learning to target the ad campaign. Like other efforts, AdTheorent’s Audience Builder is part of the trend away from guessing what kind of attributes your targeted user has, by first definitively finding the targeted audience and then immediately building a larger audience from them.