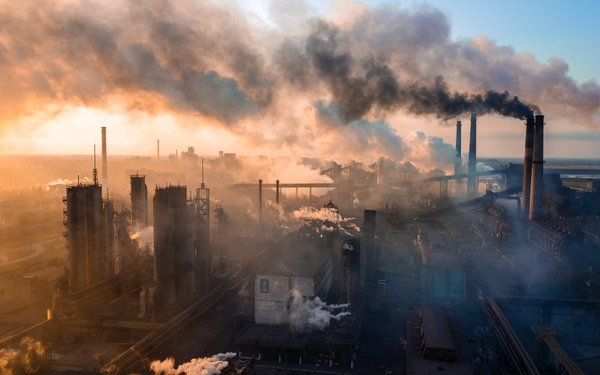 Global warming caused by human activity means that businesses need to reduce their carbon footprint — but there are major obstacles in the advertising industry as more consumers shop online.

A recent study from global MarTech consultancy fifty-five analyzes the “real” carbon cost of goods and services and the impact of digital advertising campaigns.

Based on the agency’s example of a fictitious ad — The Perfume 2022 campaign — the data-driven estimate of total emissions for a digital advertising campaign is 323 tons of CO2eq. In other words, it is roughly the annual carbon footprint of 16 U.S. citizens. How did fifty-five land on that number?

Fifty-five released the findings, methodology and best practices for reducing the impact as an open-source tool, allowing anyone to access and leverage it to drive environmental improvements in digital marketing.

The goal is to expand the study’s findings to other types of advertising campaigns, including TV, radio, print, out-of-home, and others.

In fact, the data shows that the advertising ecosystem is responsible for more than 3.5% of the world’s greenhouse gas emissions and is growing at a rate of 6% per year, more than commercial airline passenger and cargo flights.

One digital campaign can generate more than 70 tons of mass of CO2 equivalent (CO2eq), the equivalent of the carbon footprint of about seven people for a year, according to estimates by fifty-five.

To determine this, fifty-five leveraged existing work and a methodology for calculating greenhouse gas (GHG) emissions, based on mass CO2eq, an indicator common to all sources of emissions, namely.

The study then highlighted approaches a company could take to reduce emissions by nearly 50%, and in one case, by 70%.

The recommendations include favoring reasoned filming, optimizing video content, and delivering campaigns via Wi-Fi versus mobile networks, among others.

The agency’s work:  These emissions depend on the total number of days worked to devise the campaign’s media strategy, set it up, monitor it, and produce its final performance reports. One day worked equals 21 kgCO2eq of emissions.

The advertisement’s views: emissions that depend on view time and on the devices used.

Other media, not only programmatic display is a source of emissions. Calculating auctions also create emissions. When a publisher implements an impression on several marketplaces simultaneously, these marketplaces also use resellers, who can use other resellers to generate extra GHG emissions..

For Display campaigns, the emissions linked to auction calculation is around 50 kgCO2eq, making up 3% of this channel’s total emissions. The study did not apply the source of emissions to Video and Social channels because, for these channels, advertisers have no control of the auction system, according to the findings.

For an ad–Perfume 2022 – fifty-five. Discover our new perfume with delicate fruity notes. Shipping in under 48h, free delivery—emissions linked to serving this ad includes:

This KPI serves to demonstrate the differences that exist between channels with an equal volume of impressions, allowing 7 Emissions for 1000 impressions of the Perfume 2022 campaign in gCO2eqPM to make the right decisions to reduce emissions.

For example, based on the Perfume 2022 campaign, the Video channel returns the highest CO2eqPM, but it also provides a powerful tool to increase brand awareness.

A recent study analyzes the “real” carbon cost of goods and services and the impact of digital ad campaigns, focusing on paid-acquisition channels such as YouTube, Facebook, Instagram and programmatic.The goal is to expand the study’s findings to other types of ad campaigns, including TV, radio, print and out-of-home.
MediaPost.com: Search & Performance Marketing Daily