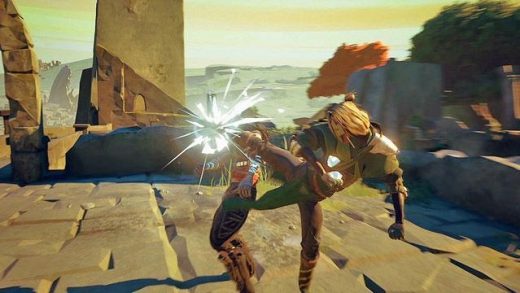 Live out your wandering kung fu master dreams on PC and PS4.

A year after indie studio Sloclap introduced the melee combat-only online RPG it’s releasing with publisher Devolver Digital, Absolver, the indie studio has announced its release date for PS4 and PC: August 29th. To tide you over, they’ve also dropped a trailer explaining the combat mechanics for the gunless massively multiplayer game.

Players inhabit Prospects, masked journeyman fighters training to one day join the elite ranks of the titular Absolvers, which keep the peace in the fallen city of Raslan. As we saw in our hands-on preview at E3, the new trailer shows off Absolver‘s various forms and stances that players switch through on the fly to land devastating combos — or parry and counter their opponent’s blows. Combat unlocks different moves you can slot in to mix up your moves, but players can also apprentice themselves to NPC mentors and learn their secrets.

The combat system is a novel core to this MMO, but the lush animation style deserves mention, painting the game’s environment in vivid color. Whether Absolver lives up to its promise of easy-to-learn, difficult-to-master fighting and brings players back to the tired MMO genre is something we won’t know til the game lands in August. 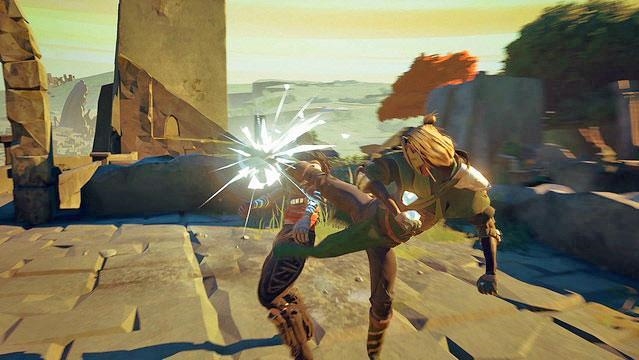