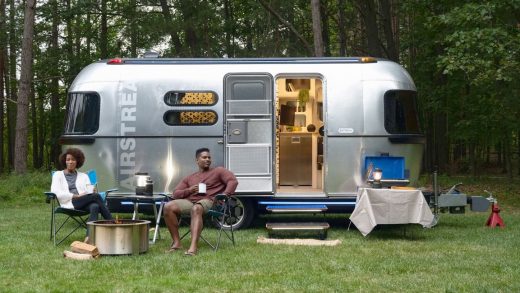 The electric vehicle revolution is finally upon us, at the very same time that Americans have rediscovered camping during the pandemic. It’s good timing for Airstream, which has spent the last three years developing a radical new concept, the eStream. It’s still a shiny, aluminum trailer on the outside. But inside, it’s not really a trailer at all. It’s actually a two-wheel electric car.

Airstream recognizes that EVs aren’t necessarily good for its business because trailers impact the already shortened driving range of electric vehicles. (By one estimation, the upcoming Ford F-150 Lightning may get less than 100 miles of range when towing its maximum capacity before it needs to be recharged.)

In turn, Airstream has built the eStream with integrated batteries and two motors in its chassis, enabling the trailer to propel itself behind your vehicle (either electric or gas), ensuring that you get the same amount of range as you would if you were towing nothing at all. No, you can’t drive the eStream down the road on its own; it still needs to be towed, like any trailer. However, using an iPad, you can actually park the eStream without a car, making it easy to squeeze into just the right spot.

“We know everything packed in the eStream won’t make sense for the market, as is,” cautions Airstream president and CEO Bob Wheeler on a press call, teasing that any commercial version is still a few years off. “We’re here to learn and understand what’s of value to chart a course for consumers.”

Even still, the eStream is a tantalizing, feasible vision for the future of trailers—especially since Airstream has already proven out some of its features.

The drive-along trailer system works, thanks to a unique tow hitch. Fit with a sensor, it constantly measures the forces between the trailer and the vehicle, so that the trailer never pushes nor pulls. (Airstream claims to have stress-tested this system in the Alps, of all places, where an Audi crossover experienced no range loss over the trip.) Just like an electric car, the eStream uses regenerative braking to recharge its batteries when you brake. The trailer can also sense the pressure of crosswinds, tweaking the torque of its wheels individually, to prevent getting blown around on the road. And as an added bonus, the electric wheels can lock when not in use, preventing anyone from stealing your trailer.

Creating this design wasn’t as simple as sticking some new electronics into the chassis and calling it a day. Airstream also took the opportunity to reassess the aerodynamics. It moved the air-conditioning system from the top of the trailer into its undercarriage. On the smoother roof, the team squeezed 900 watts of solar panels. That’s a lot for a trailer—providing a little less than one-fifth the average power draw of an entire American home.

You don’t need to charge the trailer with solar, of course. The system features fast plug-in charging found in modern EVs, allowing you to charge the eStream’s 80-kilowatt battery in somewhere between 30 and 45 minutes at a high-capacity fueling station. And at the lower-voltage outlets found in a more typical campground, you could plug in the trailer at night and have it fully charged by morning.

Airstream says you can take a charged eStream completely off the grid for a week or maybe two (the company has claimed both figures, which presumably vary by your sunshine and climate), running all systems including A/C and heat. But if you were willing to go without those deeper power draws, “it’s almost limitless,” says McKay Featherstone, VP of product development and engineering at Airstream.

“Limitless” is an exciting word, which has me wondering: Why isn’t Airstream fully committing to shipping the eStream, as is? “We’re at least a couple years out before we see some version of this on the market, and it’s likely to look different than it looks today,” cautioned Wheeler for a second time on our call. Airstream is insisting that it’s going to listen to consumer feedback and ship eStreams with only the features that consumers most want. But in this case, it’s specifically eStream’s aggregate of “features” that equate to meaningful design. 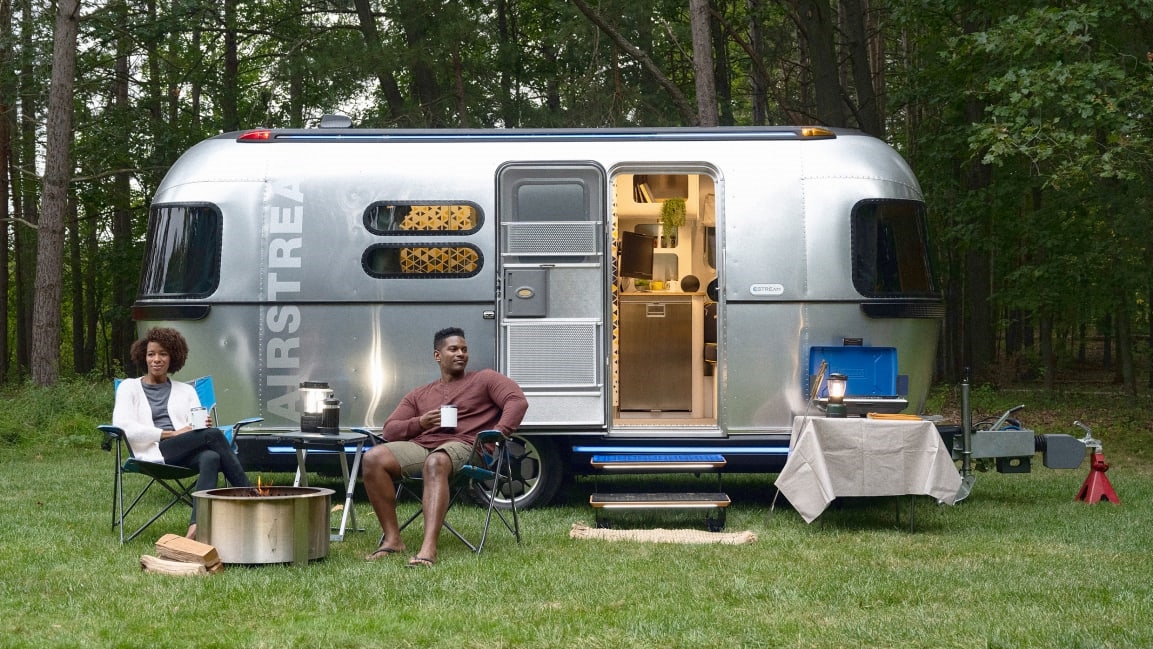