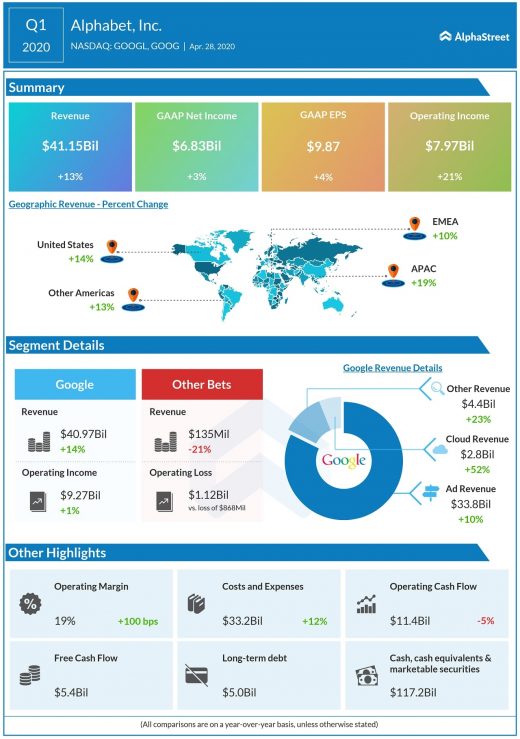 Alphabet Earnings: What To Expect As Google Cuts Marketing Budgets By 50% In Second Half

Alphabet Earnings: What To Expect As Google Cuts Marketing Budgets By 50% In Second Half 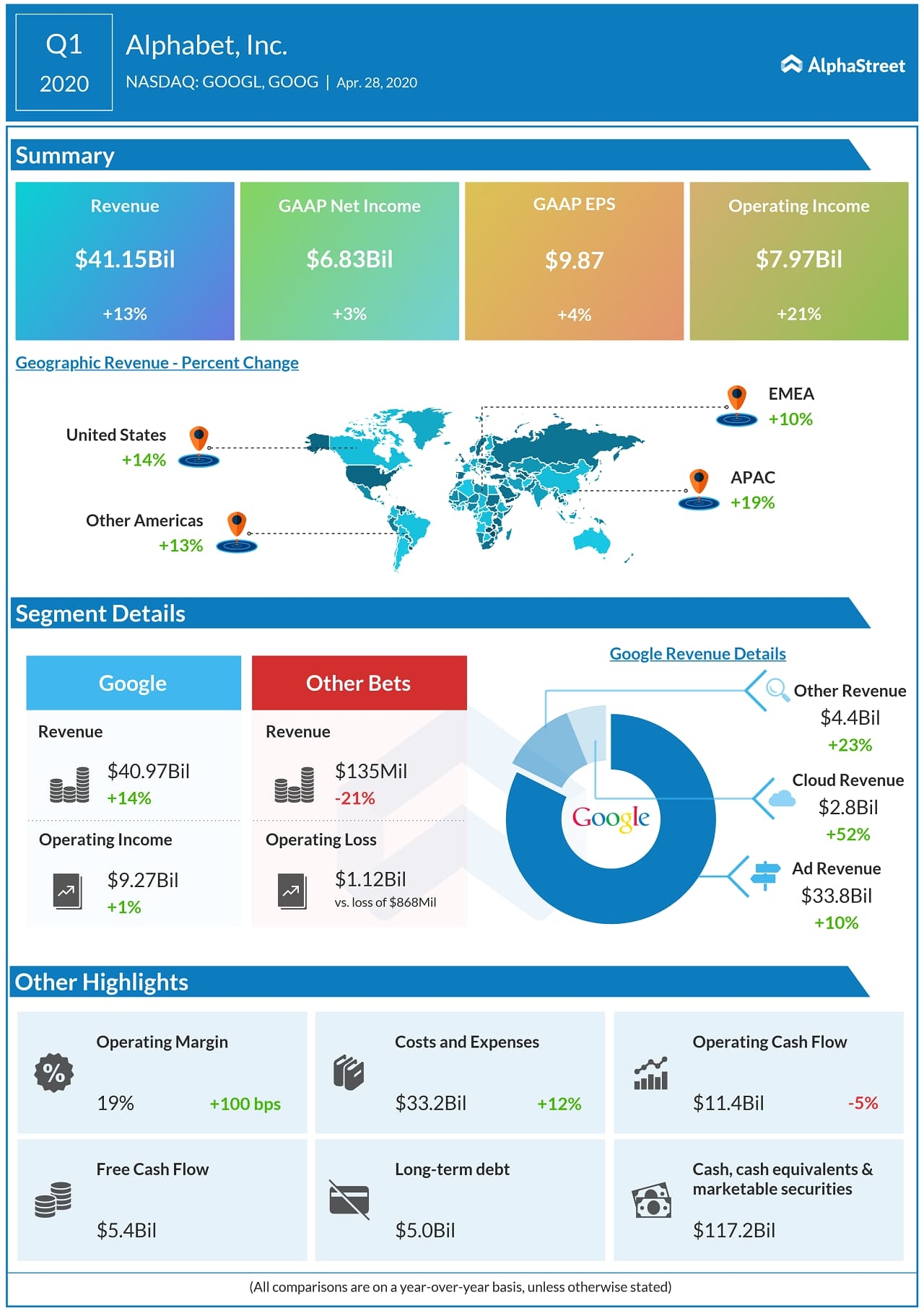 Alphabet and Google CEO Sundar Pichai last week laid out the company’s internal response to the COVID-19 pandemic. Now the company says it will cut marketing budgets in half for the second part of 2020, as Alphabet prepares to report earnings on Tuesday.

Reports suggest the cuts will include a hiring freeze for full-time employees and contractors.

Before the arrival of the COVID-19 pandemic, Google expected to increase marketing spend, up from the $18.46 billion spent on sales and marketing in 2019.

Analysts now expect Alphabet to report flat earnings for Q1 in the U.S., according to eMarketer. Based on updated guidance from the analyst firm the numbers should come in between a 2.8% increase and 0.2% decline year-over-year, estimates eMarketer Analyst Nicole Perrin.

“Google represents a majority of the U.S. search market, and we would expect U.S. search revenues at Google to be roughly in line with those expectations,” Perrin wrote in a research note. “Most of Google’s search revenues come from outside the U.S., but their results for search will be an important indicator of how the search ad market is faring here and abroad.”

Display should come in slightly higher in Q1 for the U.S., between 2.1% and 8.5% due to strong growth early in the year. eMarketer also expects a continued rise in video ad spending for Q1.

Colin Sebastian, analyst at Baird Capital, wrote in a research note that spend on search media fared better than the overall digital industry spend, which declined 10% year over year and 5% quarter over quarter, according to other data points.

Kenshoo’s Q2 data show signs of recovery in search with current volumes nearing levels at the onset of the crisis, with particular strength week over week in apparel, shopping/retail, home furnishings, and pharma, Sebastian wrote.

“This is consistent with other third-party data points, and given Kenshoo’s business mix, also reflects stronger e-commerce trends,” Sebastian wrote. “The drop in spend during March was perhaps less acute (or better than feared) for Google and Facebook/Instagram. As such, we view the data as relatively positive in an otherwise challenging environment.”

Search spend in the first quarter of 2020 rose 1%, year over year vs. the expected 8% to 9%. Product ads fared well. Until early market, search trends were in line with Kenshoo’s expectations, but as COVID-19 unfolded Google experienced “relative strength in responsive search ads and mobile/desktop shopping ads, with desktop keyword (-4%) weighing on overall spending growth.”