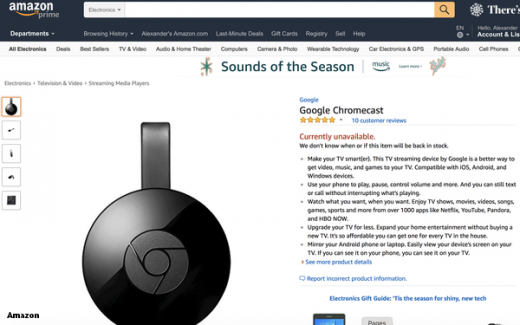 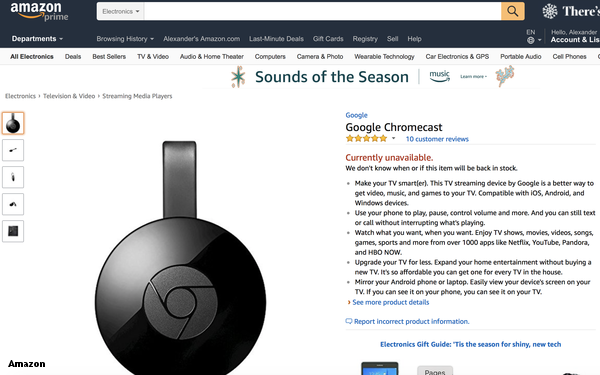 A behind-the-scenes fight between two streaming video giants appears ready to come to an amicable conclusion.

For nearly two years, Amazon, the online retailer that operates the Amazon Prime Video service, and Google, the search giant that owns YouTube — both competitors of a sort — have been at odds over a device that enables users to transfer digital content from devices to TV sets for streaming.

In 2015, Amazon barred sales of Google’s version of that product, the Chromecast streaming dongle, from the Amazon store, and it’s been unavailable ever since. This week, however, Chromecast reappeared in Amazon’s search listings, though it isn’t available to buy just yet.

A Google spokesperson said that the two companies have had “productive discussions,” implying that the impasse may be over. An Amazon spokesperson confirmed to Variety that the company was begin to restock the device.

The timing of a possible deal may not be coincidental, as the two companies had ramped up their feud over the past few months. Google began to block YouTube on Amazon’s Echo Show device, and threatened to block it on Amazon’s FireTV dongle. Amazon attempted to engineer workarounds.

Now, however, just in time for Christmas, it looks like streaming video fans will be able to enjoy their holiday YouTube videos on all Amazon devices, and to buy Google’s streaming video products from Amazon.