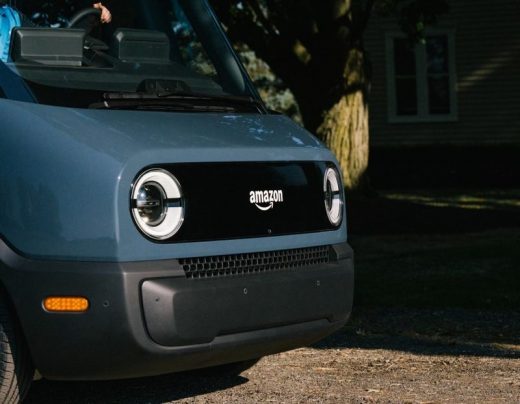 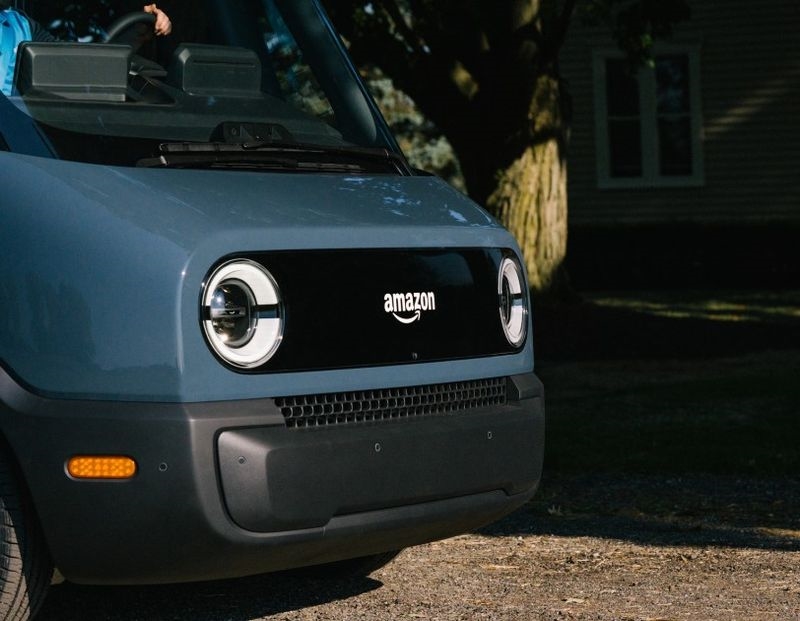 Like Rivian’s fully electric pickup truck, this new EV features a clean, even whimsical design. With big, round headlights sitting low to the ground, it almost has the appearance of a dog that knows it did something wrong — a far cry from the angular, utilitarian look common to classic diesel delivery vehicles.

While Rivian’s experience is most keenly reflected in the van’s exterior and under the hood, Amazon had considerable control over the interior. In addition to a spacious “dancefloor” for easy in-vehicle maneuvering, drivers will find three levels of shelving, strengthened bulkheads and doors for better security, and two displays that — in tandem with a suite of cameras — offer a 360-degree view around the van. And since this is Amazon we’re talking about, drivers can get updates about route options and the weather by asking Alexa.

By 2022, Amazon aims to have 10,000 electric delivery vehicles on the road, as part of a larger environmental pledge to go net zero carbon by 2040. (Bear in mind, that doesn’t mean Amazon will cease all carbon emissions — just that it will offset those emissions by removing as much carbon from the atmosphere as it puts into it.) 10,000 vans are just the tip of the iceberg, though: Amazon placed an order for 100,000 electric vehicles from Rivian in late 2019, months after it led a $700 million funding round for the EV startup. Amazon expects to get the remaining 90,000 custom electric vans on the road by 2030.

While its partnership with Rivian has resulted in an eco-friendly first, Amazon has been actively courting other automakers as it builds out its fleet of electric vehicles. Just this past August, Amazon ordered an additional 1,800 electric delivery vans from Mercedes, according to CNBC.