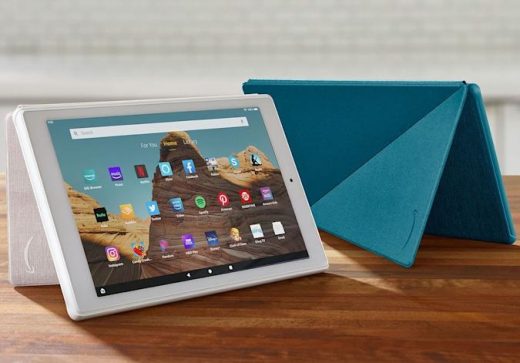 S. Shah
@eightiethmnt
March 26th, 2021
All products recommended by Engadget are selected by our editorial team, independent of our parent company. Some of our stories include affiliate links. If you buy something through one of these links, we may earn an affiliate commission.

We’ve seen Amazon offer some solid deals on its Fire tablets this year, but its biggest (and arguably best) slate was left out. Now, the wait is over as the Fire HD 10 — with a bumper 64GB of expandable storage — is currently on sale for $108, or 43 percent off the original price, as part of a Deal of the Day promotion. So, if you’ve been thinking of grabbing a budget tablet, you’ll have to move fast.

In terms of features, the slate’s biggest asset is its 10.1-inch screen, making it great for streaming. The 1920 x 1200 resolution (224 pixels per inch) is also higher than its smaller siblings. And while it doesn’t match the display quality of an iPad (2160 x 1620 resolution), you’d be paying around three times more for Apple’s tablet.

Inside the Fire HD 10, you’ll find an octa-core 2GHz processor paired with 2GB of RAM, which Amazon says makes it 30 percent faster than its predecessor. Charging via USB-C, compared to micro-USB on the older model, gets you from zero to full power in three hours with the 15W fast charger — included in the deal along with a case.

This being a Fire tablet, those new to the Amazon wheelhouse will have to get acquainted with its ecosystem. The likes of Prime Video, Amazon Music, and Kindle are center stage and there are no Google Play apps. Still if it’s streaming you want, you can access all the main services (from Netflix to Disney+ to HBO Max). 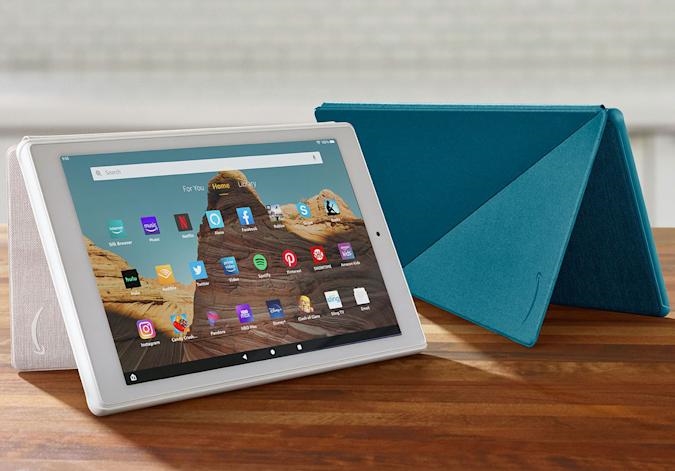