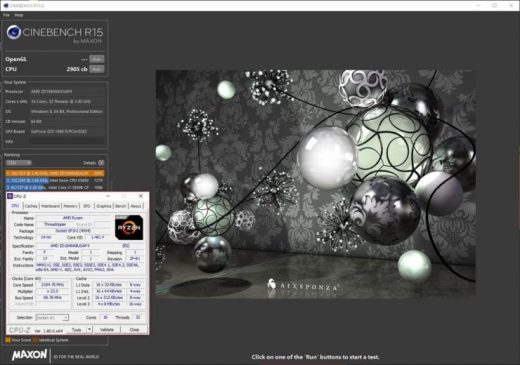 The Ryzen 7 series of processors weren’t enough for AMD to showcase their all new Zen platform. Threadripper is the new name you will get to hear when it comes to high-end processors from AMD. The series is the best set of processors that AMD has produced till date and this is evident from the recently leaked benchmark score.

According to the test performed on Cinebench 15, the top end Threadripper 1950X scored 2905 points in multi-thread. The number is said to be 30 percent higher than the Core i9-7900X processor launched a few weeks back. The Intel offering is priced at $999, which is the rumoured price tag of the Threadripper 1950X.

The benchmark was made possible by the folks at Hothardware, who got hold of a Dell Alienware Area-51 PC. The system went up for pre-orders recently and it sports AMD Ryzen Threadripper 1950X, 16GB DDR4-2666 MHz DRAM, Nvidia GeForce GTX 1080 Ti GPU with 11GB GDDR5X, 512GB M.2 NVMe PCI Express SSD, and 1TB 7200 RPM HDD. The pricing details of this rig weren’t made available by the company as of now. 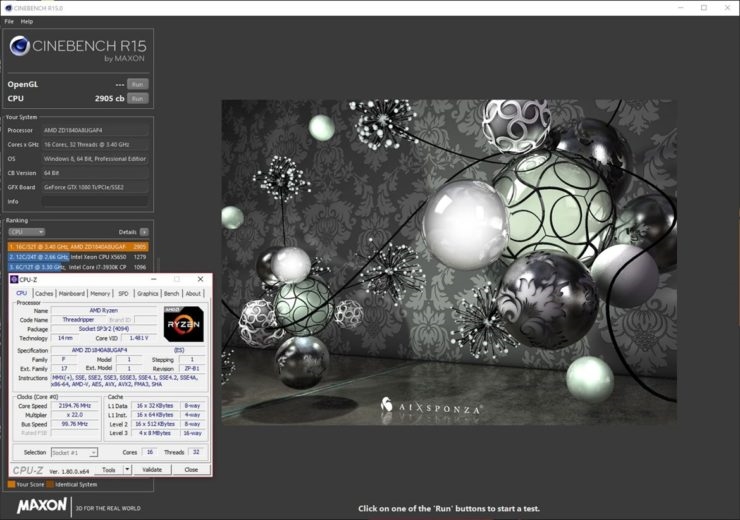 For AMD, the Threadripper 1950X is their flagship processor for the X399 family. It is said to come with 16 cores and 32 threads while running at a base clock speed of 3.4 GHz and 4.0 GHz boost clock speed. A total of 40MB of cache will be available, of which, 32MB will be L3 cache. Out of the 64 PCIe lanes available, 60 can be used by the graphics cards. It has been priced at $999, according to a report by Videocardz.

As part of the Threadripper family, AMD will be launching as many as six processors ranging from 8-core entry level variant to the top end Threadripper 1950X with 16 cores. As per the leaked information by Videocardz, the Threadripper 1920X will be available for $799, which is a 12-core chipset. The details of other processors aren’t known yet.