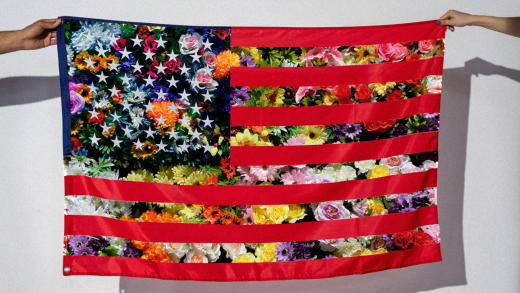 August 26, 2021
America is suffering from a lack of friendship. The average American hasn’t made a new friend in the last five years. According to the American Enterprise Institute’s American Perspectives Survey from May 2021, Americans report having fewer friendships than in the past three decades. Nearly one in five Americans has no close social connections, a double digit increase from 2013. Fifteen percent of men have no close friendships at all, a fivefold increase since 1990.

Loneliness and isolation are far more common experiences for people with few close friendships. While loneliness can be detrimental to your health—raising stress and inflammation levels, increasing the risk of heart disease, stroke, and even the progression of Alzheimer’s—social connection is a lifeline. According to psychologist and loneliness researcher Julianne Holt-Lunstad, social support can increase your chance of survival by 50%, be as beneficial as giving up smoking 15 cigarettes a day, and be more important to physical health than exercising or beating obesity. If social connection and friendship are so fundamental to our well-being, why isn’t there a national strategy to foster it?

The timing couldn’t be more urgent. It became abundantly clear during the pandemic that, when it comes to our social health, America lacks a social safety net. Nearly two-thirds of young people (and half of working mothers) reported serious loneliness during the pandemic. The nonprofit group Sapien Labs found that, during the pandemic, 40% of respondents ages 18 to 24 reported feeling sadness, distress, or hopelessness, as well as unwanted, strange, and obsessive thoughts. With nearly two-thirds of Americans experiencing loneliness in 2019, loneliness was already a life-threatening epidemic—and that was before a year of increased social isolation, lockdown measures, and expanded WFH practices due to COVID-19.

It’s time for America to appoint a Chief Friendship Officer to work closely with the White House and the Office of the Surgeon General to integrate friendship and social connection into public policy. The Chief Friendship Officer could craft a “National Friendship Strategy” for helping people meet strangers in their neighborhood, make new friends, spend more time with their loved ones, and learn tools for empathic listening and bridging differences in our polarized nation. New York Times opinion columnist Michelle Goldberg recently wrote that loneliness is breaking America, explaining that socially disconnected voters are more likely to support Donald Trump, be vulnerable to believing conspiracy theories like QAnon, and be attracted to totalitarian movements.

The National Friendship Strategy could create a “Bridging Differences in America Playbook” to give people tools for making friends across the political aisle, which could push back against the right-wing media ecosystem that has preyed upon folks who don’t have a strong social network. The Playbook could take inspiration from the excellent Bridging Differences Playbook, created by the Bridging Differences Initiative of The Greater Good Science Center at UC Berkeley, which shares bridging skills, such as, “Assume good intentions, seek counter-stereotypical information, listen with compassion, put people before politics, understand their values, focus on solutions (not identities), and identify common goals.”

The Bridging Differences Playbook also shares case studies of organizations that put these skills into practice, like The People’s Supper, which organizes dinners for people across the political spectrum; Mismatch, which pairs students with different perspectives to have conversations with one another; Braver Angels, which holds events to engage liberals and conservatives in thoughtful and empathetic conversations; and Welcoming America, which works with local communities to help them ensure every newcomer belongs, including immigrants.

Friendship is inextricably linked with the single greatest challenge facing the country right now: ensuring more Americans get vaccinated. It’s clear that finding trusted messengers and community leaders (like pastors and physicians) can help convince someone to get vaccinated. The Chief Friendship Officer could launch a celebrity- and influencer-filled social media campaign called “Vaxxed Friends,” showcasing Instagram and TikTok videos about people who got vaccinated because of a close friend, family member, or trusted messenger. They could run TV and Facebook ad campaigns with folks from majority-unvaccinated communities that talk about how much their life has improved after being vaccinated—and showing off all the cool things they’re now able to do with their friends.

Getting Corporate America Onboard

A Chief Friendship Officer could convene leaders of the nation’s largest companies to develop remote and hybrid work policies that could help millions of Americans make friends and deepen social relationships where they spend the majority of their waking hours: the workplace. People who have close relationships with their coworkers are 10 points less lonely on the UCLA Loneliness Scale.

A Chief Friendship Officer could work with business leaders and federal agencies to release a Workplace Friendship Framework that sets guidelines for how much time needs to be spent each week allowing employees to connect, talk, play, eat, and have nonwork-related conversations with each other—even if they are working remotely. Employees who have a best friend at work are seven times more engaged, so companies have a vested interest in increasing workplace connection.

The Workplace Friendship Framework could also recommend family-friendly workplace policies; like expanded paid family leave, childcare subsidies, a living wage, a four-day workweek, accessible and affordable mental health coverage, and expanded access to mentorship and peer coaching programs. The Framework might even propose new legal structures to recognize platonic partnership, to provide more workers with benefits and incentives traditionally only available to married people—especially helpful for millennials who are delaying marriage or bypassing it altogether.

The power of knowing your neighbors

A global study by Nextdoor and top loneliness experts, including Dr. Holt-Lunstad, found that knowing even as few as six neighbors reduces the likelihood of feeling lonely. The Chief Friendship Officer could establish a “Resilient Neighborhood Commission” to build a toolkit of all the best ways to connect with your neighbors, how to make public spaces more engaging, a portal for applying for micro grants for mutual-aid projects, and an online library of resources and organizations that promote civic engagement and community participation. The Neighborhood Commission could support public safety activists and initiatives that are seeking to reallocate resources from police departments to invest in inclusively designed community-led public safety initiatives.

The Neighborhood Fund could follow in the footsteps of the U.K., which appointed its first Minister for Loneliness and launched its inaugural loneliness strategy in 2018, and later named 126 U.K. programs and projects that would benefit from the government’s £11.5 million Building Connections Fund. Our Neighborhood Fund could be a public-private partnership, paid for not by U.S. taxpayers, but instead by social media companies like Facebook, who have made billions of dollars and extracted trillions of hours of human attention in the name of social connection. Surely Amazon, which has decimated retail businesses across America, can help Facebook foot the bill.

Moreover, the Chief Friendship Officer could work with Congress, tech companies, and advocacy organizations like The Center for Humane Technology to pass legislation that prevents social media companies from designing addictive and extractive apps for children and teenagers. The Chief Friendship Officer could enact an “American Social Media & Mental Health Policy” that encourages children (and their parents) to spend more time face to face with their friends, ensures social media apps kick users off after a certain number of daily usage hours, and provides teen mental-health support and resources to schools and parents dealing with alarmingly high rates of teen anxiety, depression, and suicide related to increased social media use.

Twenty years ago, in his book Bowling Alone: The Collapse and Revival of American Community, political scientist Robert Putnam painted a bleak picture of trust in American institutions and social-groups participation in decline. Twenty years later, with the ubiquity of the smartphone and algorithmic social media news feeds that have sowed the seeds of mistrust and misinformation, dividing an already polarized and isolated nation—and now a pandemic that has taken over half a million lives and ripped communities further apart—American disconnection has reached a boiling point.

In April 2020, a month after the pandemic began to rage across America, Dr. Vivek Murthy, who was confirmed earlier this year by President Biden as the 21st Surgeon General of the United States, published a timely bookend to Bowling Alone, titled Together: The Healing Power of Human Connection in a Sometimes Lonely World. The book chronicles Dr. Murthy’s experience traveling the country while serving as Surgeon General during the Obama Administration, discovering that America’s greatest health crisis was not obesity or the opioid epidemic, but loneliness and isolation—which are often risk factors for drug addiction, chronic pain, and other health complications. Dr. Murthy argued that the greatest hope to make America healthy was human connection: for us to look out for each other and come together in times of pain.

That time is now. We need an impassioned and coordinated call for connection and community from the highest levels of government. Without more friendship in America, America is going to fall apart. President Biden and Surgeon General Vivek Murthy should appoint a Chief Friendship Officer and launch a National Friendship Strategy today.

Adam Smiley Poswolsky the author of Friendship in the Age of Loneliness. 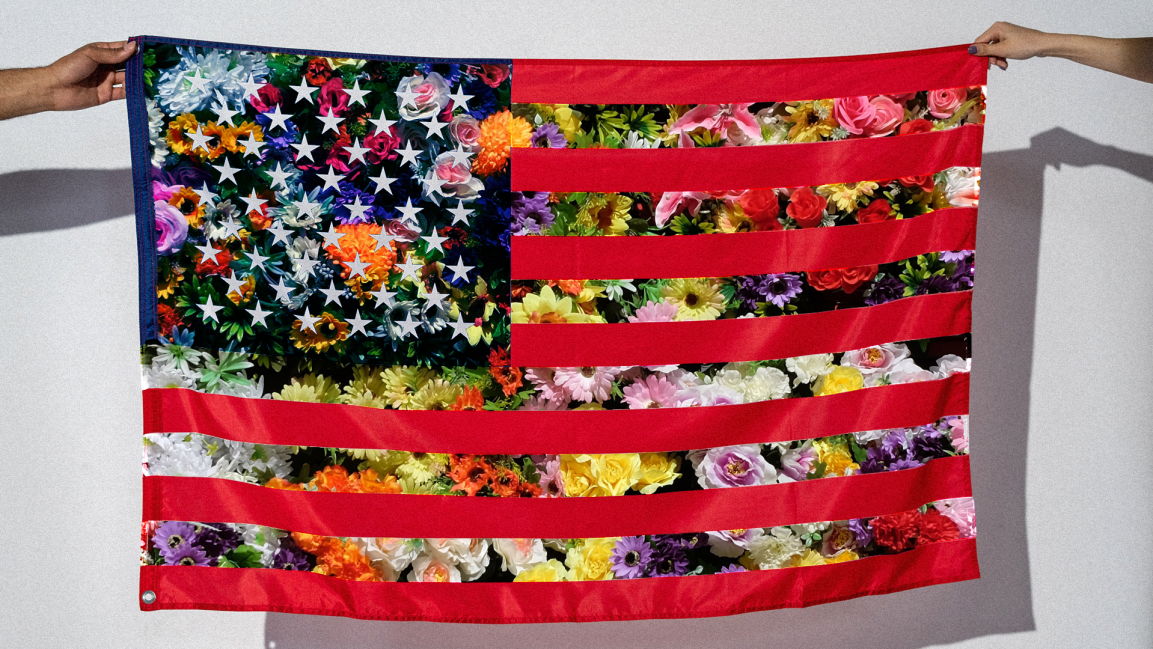