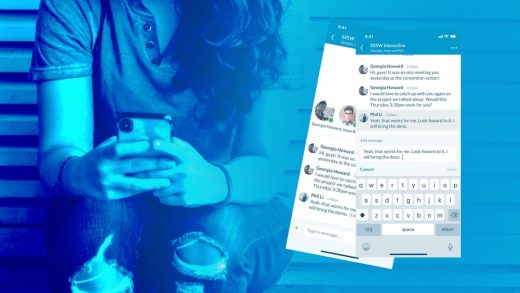 Workers are dealing with disruptions caused by the coronavirus crisis in any number of ways. According to data from LinkedIn, one of them is by sending an increased number of messages on the career-oriented social network.

“It’s really a community that’s trying to give and get help from one another,” says Chris Szeto, senior director for product at LinkedIn.

Exactly what people are discussing isn’t completely clear, since LinkedIn naturally doesn’t read its users’ messages. Szeto says he suspects some people are using the platform as a way to reach out to colleagues with links to articles and perhaps as an alternative to messaging platforms such as Slack or Microsoft Teams at companies that don’t use such services. It seems probable that some people are also lining up references or otherwise exchanging messages after losing their jobs or being furloughed. People may also be sharing general useful information related to the pandemic and how it’s affecting business, Szeto suggests.

“Our community’s been posting a lot of great content,” he says. “We have our editors who have been curating a lot of news about COVID—what’s the truth that you should be following—and users are sharing tips for how to work from home.”

From email to messaging

The boost in messaging activity comes at a meaningful time for LinkedIn, which recently revamped its messaging back end and is rolling out new features to make the chat feature more useful. The company’s messaging system originally sported an email-style interface. But, with the rise of smartphones and the general embrace of online chat, it’s evolved into something closer to instant messaging. Messages are shorter, there are more of them, and subject lines have largely become passé, says Chris Pruett, the company’s VP of engineering.

Until March, however, the plumbing beneath LinkedIn’s messaging features hadn’t caught up with how people were using them. “The back end was still an email system, effectively,” Pruett says. “We were bolting on and sort of adapting the product, while in the back end, it was a system that wasn’t built for that.’

The new system, which was about three years in the making, adopts speedier data-storage mechanisms to keep up with the real-time nature of instant messaging. It also has more sophisticated search technology to enable easily hunting for older messages. And it manages data more efficiently—an important point in an age where people fetch their inboxes via mobile data plans.

“The data that’s coming over the wire to [users’] mobile devices is much smaller,” Pruett says, a consideration that didn’t exist when the previous system was launched and most users were on desktop computers.

The improved back end also separates out some of the core messaging functionality from the business logic that drives particular applications, says Rashmi Menon, an engineering senior manager at the company. That’s made it possible to build new features based around messaging faster.

In the works are bulk features to mark multiple messages as read, as well as to delete or archive them en masse, which should help users manage their inboxes more efficiently. That’s slated to be rolled out by next month. And this summer, LinkedIn plans to provide features to edit and delete already-sent messages. Those features are especially valuable on a work-oriented platform, where users want the ability to fix messages sent with typos or other gaffes, says Szeto.

“We hear a lot of anxiety, like ‘I hesitated to send, [because] I wanted to double-check, triple-check,” he says.

It’s also becoming easier to send messages to coworkers or people in the same LinkedIn groups without adding them as contacts. As with contact-add requests, recipients will get to say whether or not to allow the message, with the sender only notified if the person accepts, in a feature that’s currently being rolled out. That, says Szeto, will hopefully make it easier for people to connect with new opportunities, now and after the pandemic eases.

“Whenever I talk to my team, I always remind them that behind every opportunity is a private conversation,” Szeto says. 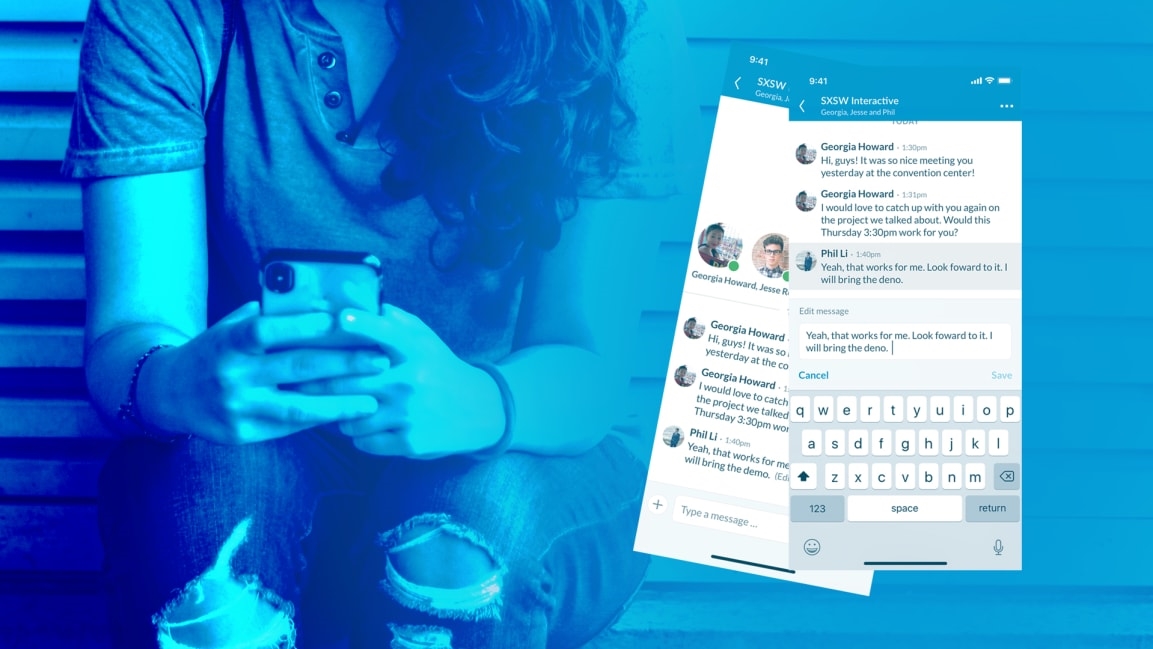