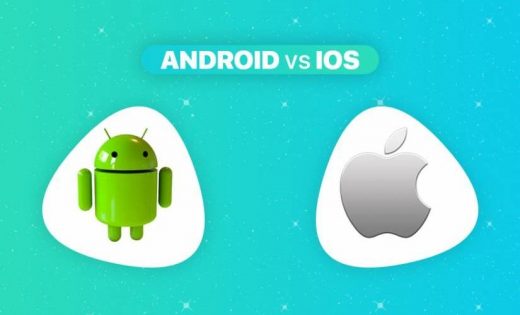 Android or iOS? How to Choose on a Limited Marketing Budget

Android or iOS? How to Choose on a Limited Marketing Budget 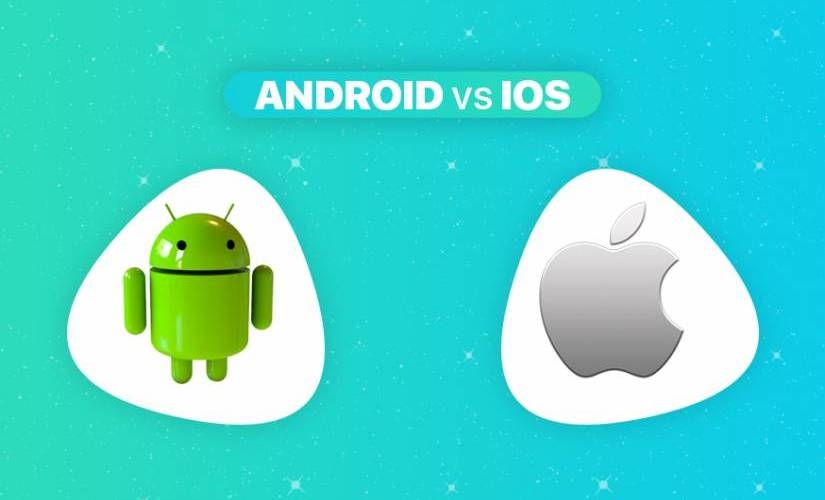 The technology business industry is mostly about making businesses from all sectors technologically sound. But part of the responsibility is also to help them stabilize with a sustainable online presence.

Competition in the mobile app world.

Serious competition is one of the most talked about aspect of any business. Mobile apps are no different. In this scenario, there are two major players of mobile app stores based on the mobile OS, Android, and iOS. Both of them have severe internal competition and USPs of their own. They have been business driven and customer-centric simultaneously while becoming fertile platforms for companies to showcase mobile business apps.

When we talk about mobile apps, the competition in marketing involved after the launch is a point of considerable attention. Most of the sensible businesses indulge in dedicated activities for mobile App Store optimization and full marketing of the app. In such a scenario, it becomes imperative to look at how the two major players of mobile apps are poised at present. Which one should be chosen if you have a limited marketing budget?

Have you ever wondered what an app costs the development company to host that app on the Apple store?

FYI, all major mobile app stores charge mobile app hosting fee as per different pricing models. iOS and Android or no different. Apple charges $99 a year from mobile app developers and $299 a year from every iPhone app Development Company for hosting an app over the app store. Kindly note that it is an annual subscription which has to be renewed from time to time. Otherwise, the hosted app is brought down from the respective App Store. In Android, the pricing model is a lifetime subscription. Google charges a one-time fee of $25 for letting you host android mobile applications on Google play store from every Android app development company.

Factors determining the marketing cost for an app.

As mentioned above, it is much more expensive to host an iOS mobile app compared to an android app. Although, hosting cost is not one of the most significant factors in determining the overall choice, but marketing cost should undoubtedly be considered under all circumstances. It makes more sense to count on the hosting cost if the mobile app idea is expected to be short-lived and later on you can afford to remove the app. However, it is important to note that Google has also been consistently increasing their hosting cost. The mentioned $25 is the effective price after a 27% increase in the last two years.

Android is presently having approximately double the market share of iOS mobile apps. The year 2017-18 showed that there are about 2.6 million Android apps on Google play store and a little less, two million apps on the Apple App Store. This number is well supported by the fact that Android has been the global leader in smartphone market share. 2018 witnessed 217.2 million iOS smartphones being sold while over 1.3 billion Android smartphone units were it in sales of the previous year.

The Android mobile platform is more extensive and diversified.

There are many important aspects to keep in mind while choosing your mobile app platform within a limited budget. One of the most critical elements worth mentioning separately — is the fundamental analysis that Android is a mobile app platform. This platform is for the general masses and has a much larger and diversified user base.

But Android is also a niche market.

To reach a more significant number of mobile app customers, Android can be your preferred choice. At the same time, iOS is sticking to a niche market. They are the leaders of the mobile market in the U.S., and it is preferred by most corporates, C-levels, and executives over Android.

How does each of these platforms affect the marketing budget?

Finding where you stand on the point-on-point decision pitch.

If you choose iOS over Android, you will be destined to face a highly informed, intellectual and comparatively more aware base of users. It will automatically lead to a need for much more effective, penetrating and highly convincing marketing pitch to magnetize the mobile app.

Android users belong to the trends of the large volume download. In the Android market, you have to focus on capitalizing on the comparatively larger user base — while reaching out to potential customers. Both the choices have their share in the marketing budget, and it can vary as per the choice and stance of the marketing strategy.

Different types of mindsets and needs of an individual customer base.

Both the mobile app stores customers have entirely different mindsets and an overall stance over the mobile application installation and use. Every iPhone app development company has to come up with highly effective problem-solving abilities and the direct effect of using the app.

While Android app development company can help you with exceptional qualities of an app and some significant benefits of using it. The next layer of marketing makes you spend more while marketing your app in the iOS space. It involves next level content creation, user follow-up and marketing pitch effectiveness.

The cost of atomic operations involved in mobile app marketing.

Cost per install or CPI

The atomic cost for operations which Google play store or the App Store charges from every single install that is taking place. Kindly note that these charges have nothing to do with the publicity or advertising cost — and are only levied if the user presses the install button. Clicking the install button means a fee for each successfully installed app even for a one single time usage. If an app user temporarily deletes the mobile app and later on decide to reinstall it — the earlier paid cost per install still stands countable.

Mobile App Store optimization costs — what does this mean?

Numerous speculations about hosting mobile apps on Google play store will help you in an online presence — because of the Google SEO benefits. App Store Optimization is wholly based on the relevance of the search made by the user and the most significant factor determining the results is the iOS on which the search is being done through Google.

So — what does this mean for my famous top app?

It simply means that regardless of how famous or top charted your app is — the relevance will be judged according to the context-sensitive searching algorithm — and the results will be coherent with the search results related to the particular iOS.

How does the search results matter?

Google play store has numerous parameters and content blocks which are required while releasing your app on the Google play store. This will need a comprehensive marketing plan backed by a convincing launch of the product. On the other hand — iOS requires minimal effort and have a relatively less number of opportunities to optimize the mobile app ranking. The ranking is generally done by the App Store charts — based on the leads and responses received from the majority of users.

It is quite apparent that the possible revenue streams which can be created out of a mobile app — can help you ease into the monetization opportunities with the overall numbers of a mobile app marketing plan.

Android gives you ample opportunities and broad scope to monetize your mobile app content and user-ship. There are different types of advertisements, referrals and numerous chances of affiliate marketing which make android apps front-runners of any monetization campaign.

iOS applications are filtered by Apple’s high security and standard performance protocol which eliminates all sorts of news, ads, and elements that can contribute to deteriorating the UX — and compromise privacy, user data. A limited budget may motivate you to go for android apps as they leave you with a more relaxed space to elaborate on the marketing budget.

Your choices in a nutshell.

The choice of mobile app platform should be primarily driven by the size and type of your probable customer user base. The principal heads of your mobile app marketing budget are governed by their respective choice only. While other factors do add up in the overall cost — they will have a relatively smaller quantum of effect on the overall numbers and the results achieved after the execution of the marketing plan.

Due to increasing competition, every leading Android app development company helps companies choose the most appropriate platform during consultation and requirement fixation. The industry is occupied with genuinely good analysts who help you design mobile products most effectively.

You can get complete digital resource information which is easy and practical to market. Entrant technologies and new tools for mobile app development are paving the way for a more sophisticated approach for choosing the right platform.

The future of all apps will be intriguing to watch. Their success or failures may depend on the time it takes to get to market. It will be compelling as this future of apps unfurls toward a much better tomorrow of technology.

The post Android or iOS? How to Choose on a Limited Marketing Budget appeared first on ReadWrite.