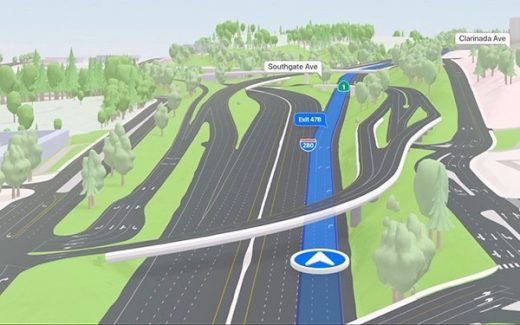 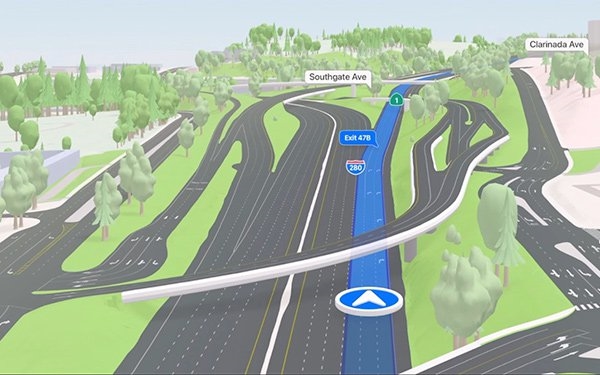 The new mapping data has been rolled out in several countries, and will soon land in Europe. It launches today in Spain and Portugal, followed by Italy and Australia later this year.

The company announced that the Apple Maps app now projects on a 3D globe. It will have features such as 3D map elevation, and nighttime lighting. The driving map details show crosswalks, complex interchanges in 3D, and bike lanes that users can view on Apple Watch.

Apple Maps also offers 3D overlaps for highways and bridges. Transit operators can allow users to pin their favorite route to the top of the page. The view through a 3D-augmented reality camera will let users orient themselves on the street and location without relying on a compass, and get directions in AR by holding up the phone in front of the user.

The company also plans to improve on its web browser, playing catchup with Google Chrome, Microsoft Edge, Mozilla Firefox, and Opera.
Apple said it’s reworking Safari adding more features that sync between devices. It’s also bringing Safari’s desktop app extensions to the iPhone and iPad. These extensions will have the ability to share code across an iPhone, iPad and desktop.

Google also has been working to add features to its Maps app. The company tried to offer the same features across operating systems and across the world, but sometimes it doesn’t work that way. As BGR notes, the web version of Google Maps or the Android or iPhone apps have essentially the same features, but once in a while some might land on one operating system and not on another because some hyperlocal features can’t be replicated worldwide.

For example, Google just rolled out a limited Google Maps function—support for the Waymo One driverless taxi servicev, which can’t be expanded to more markets anytime soon because it’s not offered in most markets.

Waymo’s arrival, announced last week, in Google Maps marks an important milestone for the navigation app. For those in the Phoenix area wanting to test the driverless taxi service will need to download the Waymo One app from the Play Store and registered with it.