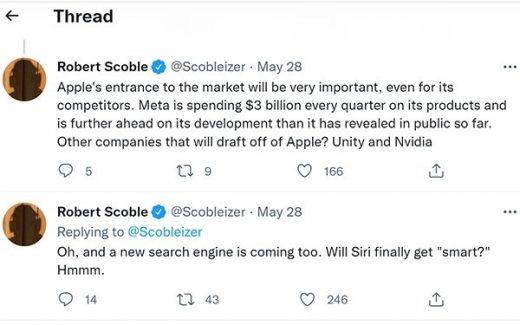 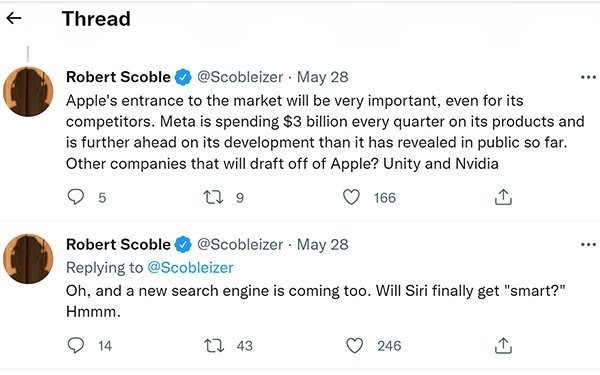 Apple’s Worldwide Developers Conference begins Monday, and there is no shortage of predictions on what the Cupertino, California company will announce that could influence decisions made by advertisers.

He offers no additional details other than to tell Techradar.pro he based this in part on conversations with sources and experience in media.

Rumors of Apple creating its own search engine began years ago. A.M. (Toni) Sacconaghi Jr., a Wall Street analyst at Sanford C. Bernstein, wrote in a research note published in August 2017 that the $3 billion licensing fee Apple will likely incur that year rose from the $1 billion the company paid in 2014. That year, Apple’s products accounted for about half of Google’s mobile search revenue.

At the time, Google wasn’t the only engine powering search for Apple. Microsoft Bing also powered Siri, and believed it still does to some extent. It also powers Spotlight for Apple, which at the time worked to build up its own support for search.

In 2020, Apple Insider reported a claim that Apple would expand Siri search results and Spotlight Searches even farther, with the company potentially working on a universal search engine.

Marketers maybe waiting for a search engine, but TechCrunch predicts Apple’s operating systems will be the centerpiece for the week, starting with the keynote.

Apple also is expected to launch a new version of the Messages app with social and audio functions, and iPhone’s Health app also will get new features.

Many predictions are being made about what Apple will announce at its WWDC conference. Technology evangelist Robert Scoble believes Apple will introduce a user-centric web search engine similar to Google in 2023.
MediaPost.com: Search & Performance Marketing Daily