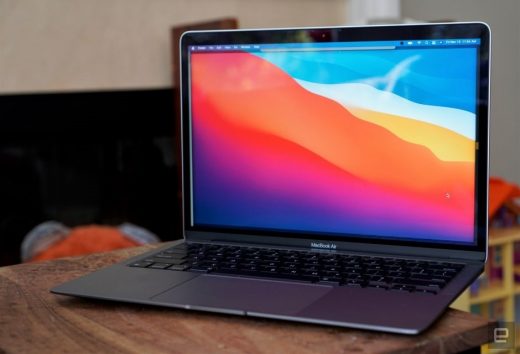 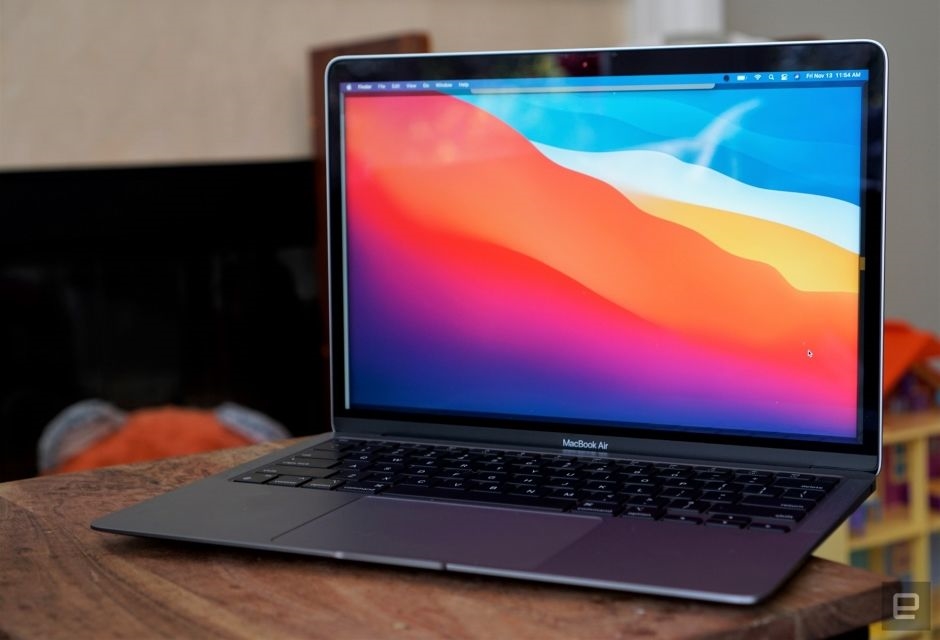 If the early praise for Apple’s M1-powered MacBooks got you excited at the prospect of upgrading, Cyber Monday has brought a good opportunity to do so. B&H Photo is running a one-day deal on the MacBook Air M1, bringing the base model down to $899. That’s $100 off its normal price and the lowest we’ve seen it since the laptop debuted a few weeks ago.

The space gray, silver and gold models are included in this promotion, so you get to pick which you prefer (unlike other deals we’ve seen in which only one color option gets the discount). However, only the base models are on sale, so you’ll be getting Apple’s M1 chipset, 8GB of RAM and 256GB of storage regardless of which color you go for.

Of the few M1-powered computers that Apple announced earlier this month, we were able to get our hands on the MacBook Air. Engadget’s Devindra Hardawar gave it a score of 94 and was impressed by its speedy performance and new fanless design. Most changes are under the hood in this laptop — the exterior hasn’t changed much. You’re still getting a 2.8-pound metal unibody, 13.3-inch Retina display, a solid trackpad and a comfortable keyboard.

But you’ll notice the differences Apple made when using the new MacBook Air. It’s much quieter than the previous version, and the M1’s octa-core CPU and octa-core GPU run apps quite smoothly. If you’re locked into Apple’s ecosystem even down to the app-level, you’ll notice pages in Safari loading almost instantly. Also, our benchmarks showed the new Air out-performing every other PC we’ve tested this year when it comes to single-core performance. On our mutli-core tests, it was only bested by some of Intel’s and AMD’s fastest chips.

While the decision to upgrade depends on a lot of factors, it’s hard to argue with $100 off a MacBook Air that’s only weeks old at this point. And since you’re getting Apple’s latest and greatest chipset, it’s an even better opportunity if you’re currently working on an aging Air and would benefit from the performance boost.

Get the latest Black Friday and Cyber Monday offers by visiting our deals homepage and following @EngadgetDeals on Twitter.