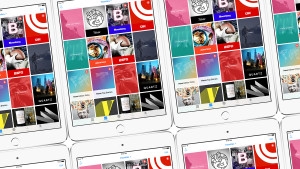 As Apple Seeks To Please News Publishers, Users Worry About An Ad Influx

Today Apple’s News app is relatively uncluttered by ads. Actually there are very few ads anywhere. Part of the reason for that is that publishers that contribute content to the app can’t use their own ad tech to inject ads into the content.

Publishers (like Fast Company, for instance) want to put their content where the eyeballs are, and the News app has them–47 million per month according to Comscore–but have complained of having no way to make money from it.

Now Apple is planning to change that, reports Ad Age.

“Apple News will let top media partners use their own technology to fill the ad space in their content, becoming more of an extension of the publishers’ own websites than the walled-off island it is now, the people said,” writes Ad Age‘s Garett Sloane Wednesday.

Some people are already worrying that the real effect of said change—allowing publishers to place Google AdSense ads on the News app—will be an influx of ads, and a degradation of the experience for iPhone users.

I, for one, can’t wait for an Apple News app with interstitials and quotes of the day. Also articles that take 45 seconds to load. https://t.co/FSpJaAV6JG

However, there’s a real distinction between the ad tech machinery on the back end of the News app and the user experience on the front end. The worry is over how much one will affect the other. If injecting ads becomes operationally easier for publishers, will pressure mount on Apple to accept more ads in more shapes and in more places? It wouldn’t be the first time Apple has tried to ease the way toward profit-making in apps for its partners.

The worries of app clutter should be tempered by the fact that Apple has demonstrated over and over that it wants to make money from selling the hardware and software experience in devices, not from selling or enabling ads. It walked away from its own iAd mobile advertising platform early last year, and has talked openly about its distaste for collecting user information to target ads on any platform.

Another plan, according to an Apple publishing partner who spoke with AdAge, involves allowing iPhone users to make micropayments to access articles for cents at a time. The changes for publishers are still a couple of months away, the source said.

Publishers should have a reasonably easy way to make money from their content in the News app. If the publishers start leaving, the app experience gets narrower for everybody. So, the report of Apple letting publishers more easily inject ads into their News stories sounds truthy. But advertisers can’t be counted on to police their own ad practices so that ads don’t interfere with the news. Apple will have to assert tight control over ad formats in News so that the ads are tolerable to users.

Apple is said to be making it easier for publishers to place ads in its News app and even solicit micropayments, raising concerns about user experience.

Today Apple’s News app is relatively uncluttered by ads. Actually there are very few ads anywhere. Part of the reason for that is that publishers that contribute content to the app can’t use their own ad tech to inject ads into the content.