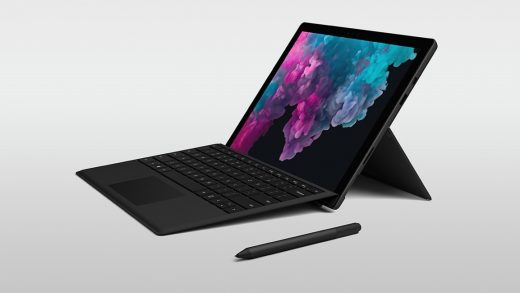 As laptop replacements, the iPad Pro and Surface Pro are worlds apart

Once, tablets were viewed as physically and computationally lightweight devices that could do a few things well but were no match for the power and interface flexibility offered by notebooks. Competition between the two companies that drove the strongest PC era rivalry, though, is rapidly changing that. Microsoft’s latest Surface Pro is one of many PCs that can address similar tasks well. Meanwhile, Apple’s iPad Pro is aimed at leveraging reimagined apps of growing sophistication to justify Apple’s growing prices.

Microsoft launched the Surface line with two devices. The baseline Surface, which couldn’t run traditional Windows programs, was intended to compete against the iPad. The more expensive Surface Pro line, though, was a “real PC”–a tablet running the full Windows operating system that could replace a laptop, as Microsoft put it. In fact, there was one laptop in particular that Microsoft thought it ought to replace: the MacBook Air. Microsoft challenged Apple’s hugely popular ultra-sleek laptop in head-to-head ads. It showed how one could take advantage of the Surface Pro’s touch screen or detach its keyboard (something highly inadvisable to do to a MacBook Air).

After the less expensive Surfaces designed to take on the iPad fell flat, the Surface Pro evolved into a nice business for Microsoft. And just as Apple has approached the MacBook Pro, which has kept its same basic appearance for a decade, Microsoft has not changed the device’s exterior much since the Surface Pro 3.

Last year, though, the tablet designed to take on a laptop got a proper laptop sibling of its own. The Surface Laptop is a more conventional notebook, and an even more direct competitor to the MacBook Air. That includes a non-removable keyboard.

By contrast, while its naked slate proposition has stayed intact, the iPad line has received far more dramatic upgrades over the past few years. At its recent event in New York, Apple released larger Pro models that have featured a far slimmer bezel and Face ID without the more controversial notch of the iPhone. Apple now also offers a keyboard case that attaches without Bluetooth, à la the Surface, and a stylus that now attaches magnetically to the side of the device, also like the Surface. Apple has even added USB-C, another hallmark of laptop expandability that is on Microsoft’s Surface Go, and has abandoned its Lightning port in the process.

Internally, the company has continued to outpace the industry in more powerful processors to the point where it can now run the desktop engines of products such as AutoCAD. And Adobe describes the version of Photoshop running on the new iPad Pro as “real Photoshop.” Finally, with iOS 11, the company made iPad-specific changes to iOS to provide more flexibility in using multiple apps, helping to bridge the gap with desktop operating systems like Windows on the Surface Pro.

That Apple has made all these Surface-like additions isn’t too surprising on its own. Other tablets, such as Samsung’s Galaxy Book line and Google’s new ChromeOS-Android mashup, the Pixel Slate, also offer companion keyboards and styluses. However, that Apple has done so is atypical given that Microsoft has a far stronger reputation for quick iteration to catch market-leading features, and that the iPad was already so far ahead of other tablets in terms of market share.

Now, though, if the foundational idea of the Surface was the convergence of tablet and PC, Apple is playing up the idea of the iPad Pro as the benchmark for tablets when used alone, but an increasingly versatile device as accessories are added. It’s now clearer than ever that the iPad Pro has replaced the MacBook Air as the Surface’s main competitor, the iPad having grown up from a smartphone operating system and the MacBook remaining behind the established strengths of Windows.

When used similarly to a laptop, the Surface tablets offer one of the most portable full-PC experiences. But detach the keyboard and its tablet experience falls flat. It’s apparent that Microsoft is paying the price for its botched attempt to attract touch apps with Windows 8 and the lack of a smartphone base from which to groom such apps. Despite retaining a tablet mode in Windows 10, Windows tablets aren’t great for many tablet apps beyond reading PDFs and watching videos.

For the iPad Pro, the challenge is reversed. It has years of strong developer support for the iPad as a slate but is still working to raise developer consciousness to add such PC staples as keyboard shortcuts. Apple has long touted how much better iPad apps take advantage of an expanded canvas than iPhones provide. The demonstrations by AutoCAD and Adobe at its event, though, countered the tendency of companies to produce watered-down versions of desktop-quality apps for the iPad.

In addition, Apple has some legacy–or perhaps “growing pains”–of its own related to decisions that were made to create a simplified smartphone experience a decade ago. Some of the ones I wrote about in 2015 have been at least partially addressed, while others still can impede workflow even as the iPad musters the raw horsepower to power desktop-quality apps. For example,  in part because it lacks support for a cursor or mouse, there are still things that are far more difficult to do on the iPad than on a Mac or other laptop. Both Microsoft and Google haven’t had an issue with enabling such in their touch interfaces of Windows and Android.

But why saddle the PC of the future, which will surely take on new kinds of applications, with the paradigms of the past? Apple’s purist approach leaves open the possibility that a new class of apps at the intersection of advanced processing and touch could materialize. Augmented reality may be one example, at least until Apple drops the other shoe on a device optimized for such experiences, but it will need time to mature into a primary use case.

That said, the long-term incentive for at least Mac developers to adapt the full power of their apps for the iPad seems clear. The level of mastery Apple has achieved in silicon–combined with the emerging ability to bring iOS apps to the Mac–points to a future where the Mac could more or less be an iOS development target that uses a trackpad instead of a touch screen. On the other hand, despite the strong growth in touch-screen PCs since the launch of Windows 8, there still isn’t a great incentive for Windows developers to create great optimized experiences for a tablet.

Apple introduced the iPad as something between a smartphone and laptop. Even today, someone who uses an iPad as their main computer is viewed as a kind of avant garde minimalist. This has never been so for the Surface Pro user whose device, at worst, has had to prove ergonomic legitimacy versus Windows laptops with similar specifications. But Apple has also long called the iPad their embodiment of the future of personal computing. The question is if it can get there in a way that leaves Microsoft behind. 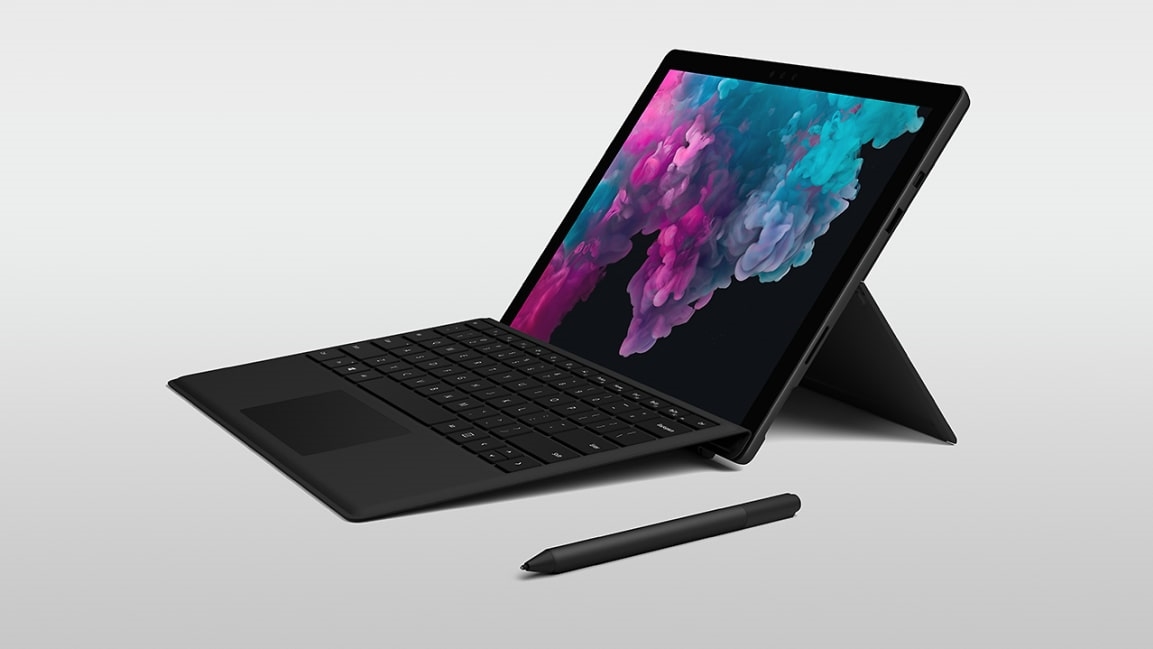