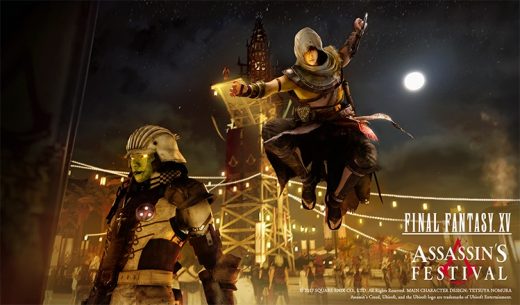 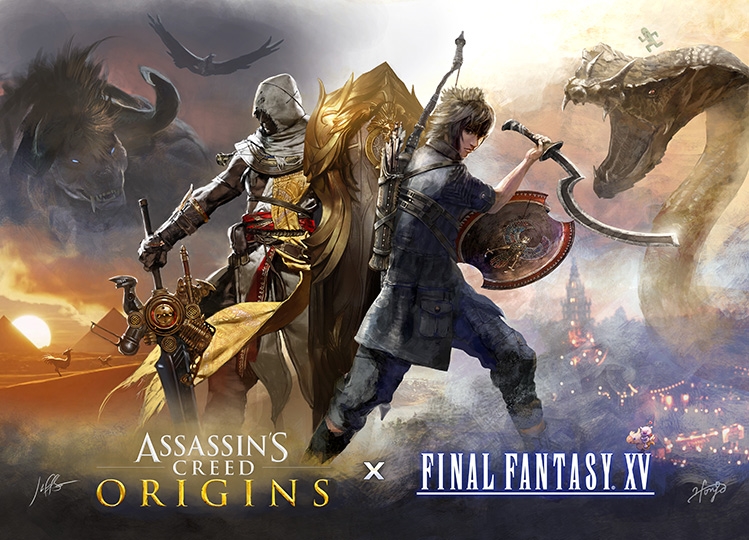 In what started almost three years ago at an informal meeting during the Tokyo Game Show to express admiration for each other’s work, the Assassin’s Creed and Final Fantasy XV development teams have announced a collaboration that will result in the two franchises paying homage to each other’s gaming universes. The two teams marked the announcement with a piece of artwork unveiled at this year’s Gamescom that features Bayek from Assassin’s Creed Origins and Noctis from Final Fantasy XV. Attendees at the show also had opportunity to get the artwork signed by Ashraf Ismail, game director at Ubisoft Montreal, and Hajime Tabata, director of Final Fantasy XV.

“This collaboration is the result of being huge fans,” says Ismail. “There’s a lot of respect between the two teams and we couldn’t be more thrilled with the opportunity to pay homage to each other’s work.”

The collaboration kicks off on August 30, as Final Fantasy XV players who have obtained the Dream Egg from the Moogle Chocobo Carnival event will be gifted a very familiar Assassin outfit for Noctis. The very next day, August 31, will be the release of the free Assassin’s Festival DLC for Final Fantasy XV. The town of Lestallum will transform itself for the event with signs and banners signaling the arrival of the festival, and new activities will be available for players to participate in. It doesn’t end there. The Assassin’s Festival will have some additional themed items and features, including another outfit from Assassin’s Creed, along with abilities that enable Noctis to explore more like an Assassin and even use some of the Assassins’ more well-known abilities. 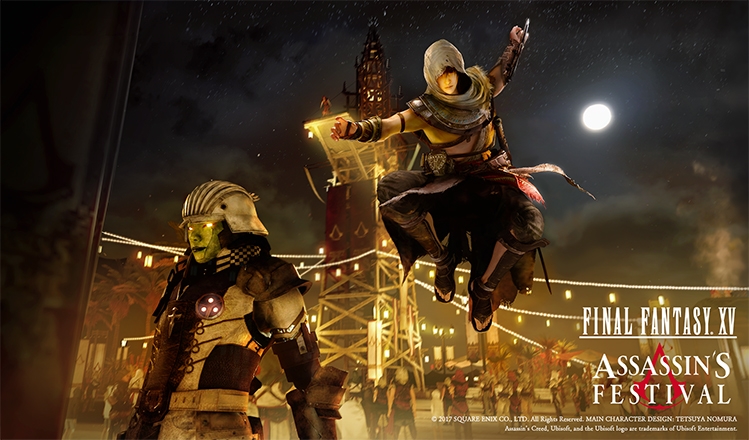 Assassin’s Creed Origins is scheduled for release on PS4, Xbox One, and PC on October 27. It will also be available at the launch of Xbox One X on November 7. For more information, check out our previous coverage, or visit the official site.