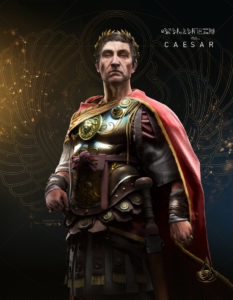 In re-creating ancient Egypt, Assassin’s Creed Origins doesn’t just give players a city or three to explore, with some countryside in between – it’s building an entire seamless country that you’ll be able to travel freely across, from Alexandria and the Nile Delta in the north to Aswan in the south. This is the biggest world ever created for an Assassin’s Creed game, and it’s packed with dynamic things to discover and pursue.