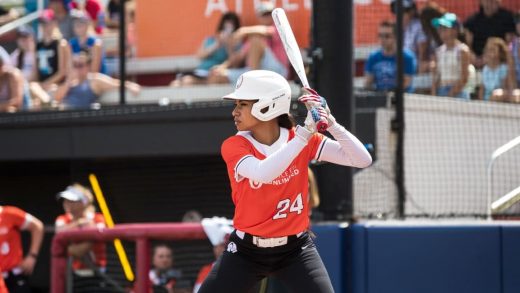 Athletes Unlimited is the first public benefit pro sports league. What does that mean for the players?

Having just signed a contract to participate in one of the sport’s overseas leagues in Italy last year, pro volleyball player Carli Lloyd unexpectedly became pregnant. The 2016 Olympic bronze medalist didn’t want to uproot her new family. “Postpartum, I wasn’t sure what volleyball looked like,” Lloyd, 32, says. She backed out of the offer.

But last month, she got back in the game, joining an intense five-week league that saw volleyball players descend onto Dallas for a rigorous tournament with rules all of its own. It’s the only professional women’s volleyball league in the U.S.

It’s one of five leagues run by Athletes Unlimited (AU), a company whose model aims to give its “undervalued” athletes—all women—more power over the leagues’ decisions and agency over their own careers. Launched in 2020, AU is a public benefit corporation (PBC), and has released its first annual report, a requirement of PBCs, noting its achievements, including offering childcare benefits, establishing a racial equity group, and making regular donations to nonprofits chosen by the players. Now, it will turn to establishing a bigger audience and getting fans more involved.

A public benefit corporation is a business whose stakeholders prize social good over financial returns, and whose board governs the company under that ethos; such companies include Patagonia, Kickstarter, and Warby Parker. (It refers to the way a business is incorporated, which is different from being a B Corp, which is a certification.) “The requirements of a public benefit corporation are actually quite light,” says Jonathan Soros, AU’s co-founder, and CEO of investment firm JS Capital Management LLC. “What it is is what you make of it.” Soros calls his interpretation the “mission equity,” the idea that investors will get “satisfactory financial return while directly supporting the non-financial mission of the company.” (AU hasn’t publicly named its other investors yet.)

That’s hardly the norm in sports, where the traditional leagues maximize profits, and management gives little voice to the people who make them money — the athletes — creating tension between the two factions. “It is ultimately about owners sucking up as much of the value as they can in competition with their athletes,” Soros says. Instead, with AU’s model, the aim has been to “think about the athletes not just as their teams, but as a broader community.”

For female athletes in particular, financial disparities are glaring. Most notably, a recent lawsuit exposed the incredible pay inequity between female and male soccer players: the U.S. women’s team has been compensated 40% less than the men’s team. In basketball, a high-paid WNBA player earns about a fifth of a low-paid NBA player. In 2021, Golden State star Steph Curry reportedly made the equivalent of more than 350 WNBA salaries—almost double the actual number of players in the WNBA.

AU runs five leagues per year: two for softball, and one each for volleyball, basketball, and lacrosse. Though the leagues extend invitations to top athletes in each sport, handpicked based on abilities and positional needs, athletes are also able to attend open tryouts, as long as they have completed their NCAA eligibility. Each league’s roster totals 44 to 60 players per season.

The format of the leagues is highly unusual—one Lloyd has never seen, “and I’ve been playing the sport since I was 11,” she says. In the five leagues, there are no set teams. League captains pick teams and lead them through a first set of games (there are three games per week, for five weeks). Depending on team accomplishments, each individual player racks up points and moves up and down a leaderboard. The top players on the rankings become the captains for the next games.

Each league’s games all takes place in one location, like the NBA’s COVID bubble format. There are no coaches, rather “facilitators,” who work at the behest of the captains. “They’re giving the athletes more power than the coach,” Lloyd says. On top of base wages of $10,000, they receive win bonuses, plus end-of-season bonuses that are calculated according to leaderboard positions, all of which accrues to an average of $20,000 compensation for the five weeks, minus expenses. Lloyd says that’s a comparable pay rate to the overseas leagues; the WNBA reportedly pays about $120,000 for a three-month season.

But here’s where the impact kicks in: Before they begin their tournaments, all players select a nonprofit charity that they want to support. A donation equivalent to 50% of an athlete’s bonus goes to that nonprofit of their choosing. Lloyd’s is the American Foundation for Suicide Prevention.

Softball player Jazmyn Jackson, 25, originally refused to join due to discomfort with the idea of individuals competing in rankings. But she found that AU’s system still awards teamwork over individual accomplishments. “You can hit two home runs in one game, but you would still get more points from winning each inning and winning the game,” says Jackson, who played for Team USA for five years. What swayed her to sign up was the nonprofit donation element—her charity is the Ella Baker Center For Human Rights—and now, she also works for AU as its Manager of Civic Leadership, connecting players to their nonprofits of choice.

Benefits, for the home advantage

Some who join AU are recruited out of college, while others still are older and may otherwise be aging out of their sport; it also serves people like Lloyd, in special circumstances. “We’re not competitive with the WNBA, but we believe we’re complementary,” Soros says. AU’s “seasons” are short-term and complementary to standard sports, because they hold the tournament in the off season. Importantly, for women’s volleyball and lacrosse, it’s the only option to play professionally in the U.S.

In order for her to play her sport professionally, Lloyd has gone abroad to compete for ten years. This year, with a new 11-month-old daughter, she favored Dallas’ proximity versus Italy’s, and the five-week commitment versus an eight-month contract. The company also offered her multiple childcare options, including finding her a daycare or sourcing a nanny to accompany her—both of which they would pay for.

Elsewhere, AU also treats pregnancy as a “normal part of a professional athlete’s journey,” the report reads; women do not have to disclose pregnancy, and the company will pay for part-time or even full medical leave. Though leagues are only five weeks, Soros says, the company is essentially offering paid pregnancy leave and childcare for 25 weeks across all the seasons. “If you were in a company that was purely profit maximizing,” he says, “you might say, ‘well, that’s not money we can spend today.’”

Lloyd still wants to return to overseas competition next year. “I love playing overseas, so my dream of playing isn’t finished,” she says. But she acknowledges that AU openly advocates for athletes, whereas her overseas colleagues have often complained of feeling like robots. “Overseas, you’re not given a lot of space to be a person,” she says. “You’re there for your job.” She adds: “A thousand percent, I think women would feel safer and more adamant to sign contracts overseas if they felt like they were protected.”

Creating and sustaining a community

By contrast, AU includes athletes in the leagues’ decision-making, essentially engaging them as consultants. Each league has a Player Executive Committee (PEC), which includes five players who meet weekly throughout the year to discuss topics including recruitment, venues, uniforms, and equipment, with the mentality that athletes know their sports better than anyone else, including management. Jackson, who is on her PEC committee, says: “We’re pretty much a part of every decision,” from choosing cleats to turf. She mentions that a staffer on the broadcast team even asked the committee what night they’d rather play on.

Jackson is also on AU’s Racial Equity Working Group, established in 2020 after the murder of George Floyd. They work with Historically Black Colleges and Universities to ensure budding athletes of color can be recruited fairly and make it to tryouts. During the leagues, they also run programs like Friday Night Lights, and Storytelling For Inclusion, both of which bring players together for open discussions on race and intersecting issues, like religion and democracy. By playing parts in recruitment and programming, the idea is that the athletes are creating their own communities, and sustaining them.

In the years to come, the company would like to grow its sports offerings, perhaps create men’s leagues, and become the first carbon-neutral pro league. Its first priority is to grow an audience, hoping to convert those already tuning into similar events like the College World Series. “The principal issue with being a two-year-old company is that most of the world hasn’t heard of us yet,” Soros admits. The leagues are already broadcast on ESPN, Fox Sports, and CBS Sports, but Soros wants to underscore the unique nature of the competition for potential fans. Because of the rotating teams, every game is completely different, avoiding dead games and blowouts. Fans can attend games, but AU’s main sources of revenue are sponsorships and media rights.

Overall, Soros notes that conditions of the industry are improving. Last year, a ruling ensured that NCAA athletes would be paid, at least partially; this year, U.S. women’s soccer team finally secured equal pay to their male counterparts. “Things are moving in the right direction, broadly,” he says. But he says his league is actively doing more. “With a little bit of intent and partnership, you can move them a lot faster.” 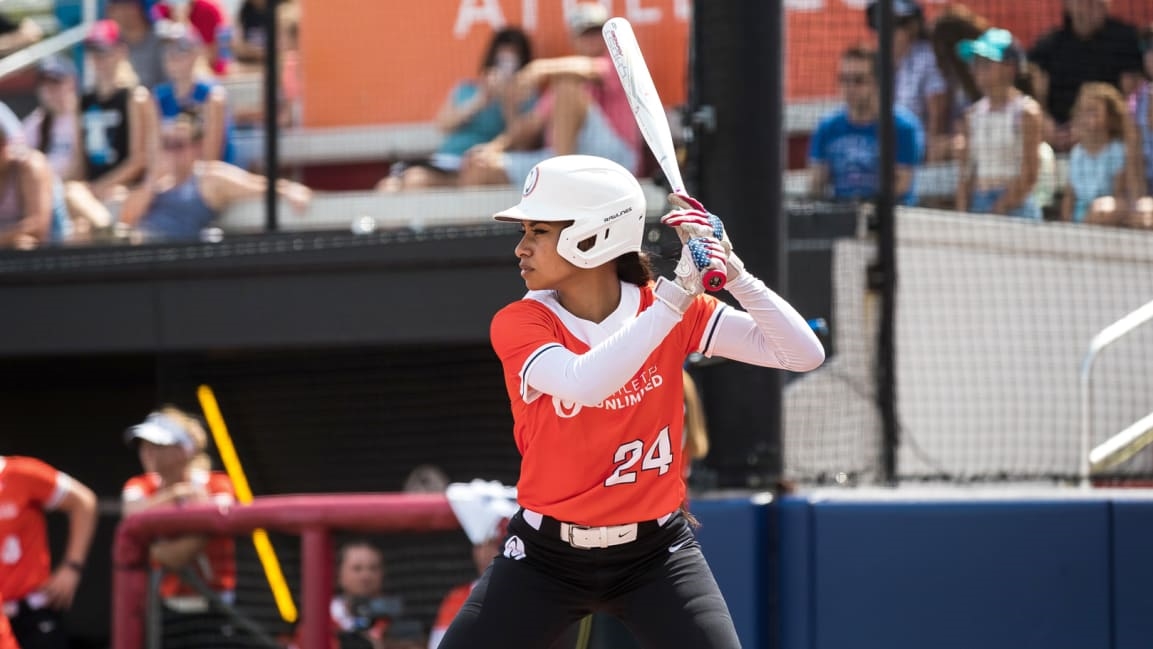