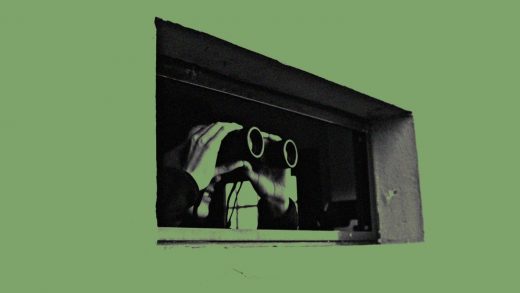 For years AT&T has secretly enabled the government to spy on the digital lives of U.S. citizens. It’s been an eager partner, going far beyond what the law required. It’s yet another example of the telecom giant’s alarming comfort with doing business out of the public’s view and often contrary to the best interests of real people.

The Intercept reported earlier this week that in facilities in eight U.S. cities AT&T provided the National Security Agency with direct access to “peering points” in its network. Here, the NSA could see the email addresses, IP addresses, and web browsing habits of not only AT&T customers, but of subscribers on other broadband networks.

AT&T’s spying activities were first reported in 2006 by a whistleblower who had personally connected data lines to one of the NSA surveillance points located in San Francisco. The whistleblower said AT&T had similar surveillance points in its facilities in Seattle, San Jose, Los Angeles and San Diego. The Guardian confirmed the account in 2013. And in 2007, the New York Times reported that AT&T secretly provided the FBI with internet use data on suspects and on people with whom the suspect was in contact.

In 2013, the Times uncovered documents describing a “partnership” between AT&T and the Justice Department called “Hemisphere” in which the telecom provided Drug Enforcement Administration agents around the country with call and internet metadata on suspected drug traffickers. In 2016 The Daily Beast reported that the government was using the data for everything from homicide investigations to probes into Medicare fraud, and that the DOJ was paying AT&T millions in taxpayer money for access to the data.

By now, it should be fairly clear that AT&T is more than willing to arm government agencies with the data needed to surveil Americans.

“Scholars who believe that surveillance intermediaries pave the way for lawless Big Brother–esque government surveillance are justified in their fears;” states an April 10 article in the Harvard Law Review. “As AT&T’s post-9/11 behavior demonstrates, it is possible for intermediaries to quite literally “copy the whole Internet” and turn it over to the government on a handshake agreement.”

That handshake is just one of many ways that AT&T cozies up to lawmakers and regulators to tilt the playing field in its favor. In many ways, the telecom’s business depends on it.

The Intercept‘s report only shows that we may still not know the full extent of AT&T’s willingness to indulge the darker urges of government’s surveillance establishment. More reports are likely coming. The story also reminds us that AT&T likes to operate in ways that circumvent democratic process–that is, in darkness, far below the opaque layers of the swamp in our nation’s capital.

Jim Greer, an AT&T spokesperson, told The Intercept that AT&T was “required by law to provide information to government and law enforcement entities by complying with court orders, subpoenas, lawful discovery requests, and other legal requirements.” He added that the company provides “voluntary assistance to law enforcement when a person’s life is in danger and in other immediate, emergency situations. In all cases, we ensure that requests for assistance are valid and that we act in compliance with the law.” I also reached out to Greer, asking him to defend the practice of hiding the “voluntary” work with the NSA from public view, but I have yet to receive a response.

AT&T had some extremely important regulatory decisions hanging in the balance coming into the Trump presidency. It badly wanted a corporate tax cut, it wanted the FCC to reverse its 2015 decision to regulate ISPs like public utilities, and it wanted the approval of its proposed $85.4 billion acquisition of video content owner Time Warner.

In its quest to influence these key issues, AT&T even went so far as to retain the sketchy personal attorney of Donald Trump himself, Michael Cohen. Only after the shadowy arrangement came to light in the media did AT&T CEO Randall Stephenson call it “a mistake.”

AT&T went to work much earlier to influence the government’s decisions on taxes, net neutrality, and Time Warner. The company spent $16.8 million on lobbying federal officials in 2017 as the government considered whether or not to approve the telecom giant’s acquisition of Time Warner. The telecom giant and its affiliates paid $12.3 million into campaigns for federal office in 2016, according to the Center for Responsive Politics. AT&T’s political donations weighed heavily toward Republican candidates in 2016, but, obviously believing Hillary Clinton would win the presidency, AT&T contributed $339,000 to her campaign and just $32,000 to Trump’s. But after Trump’s surprise victory AT&T was quick to welcome the outsider to office by donating more than $2 million to his inauguration fund.

In the end, AT&T got everything it wanted.

Congress passed a tax bill that lowered the corporate tax rate from 35% to 21%. The FCC, under the leadership of ex-Verizon lawyer Ajit Pai, ignored public opinion and used questionable data to justify its dismantling of the network neutrality rules in 2015’s Open Internet Order. The Pai order also reclassified broadband as a less heavily regulated “information service.” The Trump administration opposed AT&T’s bid to acquire Time Warner, but a federal court essentially green-lit the deal on June 12 and AT&T completed the transaction three days later.

AT&T needed the Time Warner win to bolster its earnings story with investors. The company’s stock is off 17% in 2018 and growth in its wireless business has stopped. So far the Time Warner story has met with a mixed-to-chilly reception by the Street: AT&T stock fell after the court green-lit the deal, and a Morgan Stanley research note today said the trading price may finally have hit rock bottom.

But from a privacy point of view it only makes AT&T the steward of far more consumer data. The telecom is becoming a media and advertising company. It will marshall powerful data collection and analytics tools to track every show you watch and for how long, then target ads to you on a variety of platforms (including apps) based on the data. Government agencies like the NSA might find an interest in that data, too.

Competing in court, then markets

AT&T relies on federal and state regulators to preserve the largely anti-competitive markets in which it sells wired and wireless voice and broadband service. The company’s lawyers spend a lot of time working with lawmakers at the local, state, and federal levels to tilt the playing field to its advantage.

According to the most recent FCC numbers (through 2016) 44% of the population has zero providers of 100mbps broadband service. A 2018 FCC report found that only about a third of the U.S. population has access to more than one internet provider that offers service of 25 megabits per second or more–the FCC’s own definition of high-speed broadband.

Still fewer have anything approaching gigabit broadband service. AT&T used its incumbent status, control of infrastructure, political clout, and some lawsuits to prevent Google Fiber from offering its gigabit broadband service in Nashville, Louisville, and other places. This is standard operating procedure for AT&T. AT&T finally responded by offering its own gigabit service in cities where Google Fiber was available. Now, Google Fiber has hit pause on further expansion while AT&T has announced plans to offer the service in more cities.

Another FCC wireless competition report from 2017 celebrated the availability of the Big Four wireless carriers–AT&T, Verizon, T-Mobile, and Sprint–in most of America. But critics pointed out that the report made no attempt to define what “adequate competition” meant, and that rural America is still underserved by the wireless providers. If the T-Mobile/Sprint deal passes muster with regulators, the Big Four will become the Big Three.

Lawmakers and regulators, for the most part, have rewarded AT&T for its masterful influence game.

Give us a break

AT&T was one of the biggest cheerleaders for Trump’s tax plan, saying it would spend big on its networks and create jobs if the reduction of the corporate tax became law. That may happen. But there’s certainly precedent for it not happening. After the subprime lending meltdown in 2008 AT&T benefited from millions in federal tax breaks as part of the federal stimulus package. The idea was to stimulate AT&T and others to increase hiring and investment in networks. But AT&T only took the tax breaks and then dramatically decreased headcount while network investment remained flat.

The Institute on Taxation and Economic Policy said AT&T enjoyed an effective tax rate of just 8 percent between 2008 and 2015, despite the fact that the company enjoyed record profits, and took full advantage of tax breaks and loopholes. AT&T objected, saying it pays an effective tax of 32.7%.

AT&T uses many and various channels to directly influence regulators and lawmakers. Some we probably know nothing about. Others we likely know little about. Whatever it is, it works. While AT&T has lost major battles in Washington D.C. before (see its proposed T-Mobile merger in 2011), it almost always wins on the big stuff.

Cooperation with national security and law enforcement agencies–including aiding in secret public surveillance–is an influence tactic every bit as much as lobbying or campaign contributions. It’s a potent form of influence. In Washington D.C. national security discussions have a sound of gravity and immediacy perhaps not heard in other contexts. Lawmakers take it very seriously, and civil servants across the government see it as a solemn duty that supersedes politics.

But after September 11, 2001, national security concerns took on outsized influence in the government as security agencies confronted the daunting technical challenge of predicting, tracking, and preventing future attacks. That pressure opened the door for some elements in the government to walk over constitutional rights in ways we may still be recovering from. And AT&T was always there to help. 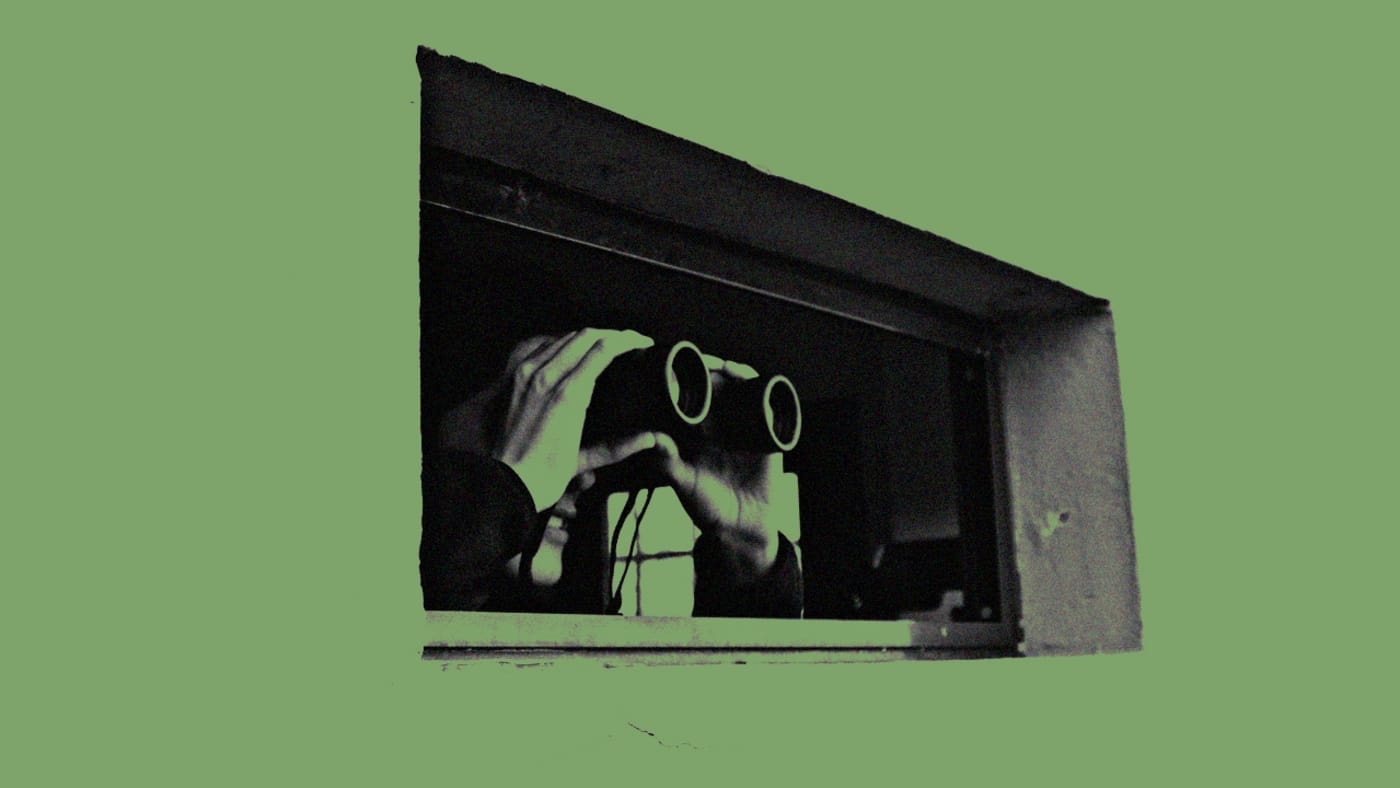