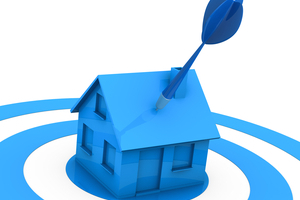 Austin—An Austin real estate startup is using technology to become a better matchmaker between buyers and sellers of properties, and has raised $ 27 million to expand its market.

Opcity received the investment in a Series A round led by Palo Alto, CA-based Icon Ventures, with participation from Georgian Partners in Toronto, and Austin’s LiveOak Ventures. 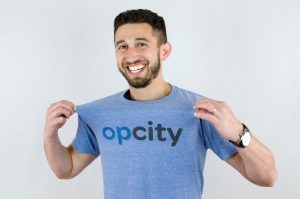 “We need to hire pretty much every role that exists; we need a recruiter to help hire those people,” says Ben Rubenstein, Opcity’s founder and CEO (pictured, left.) “We don’t have anybody in marketing and we’ve done very little branding. We need more people on the engineering team and in data science.”

Opcity, which was founded in 2015, uses analytics to increase the likelihood that a sale happens once a real estate agent and a buyer are connected. That happens when the two parties are more closely matched to each other, Rubenstein says.

Right now, interested buyers go to a site like Zillow or Trulia, express interest in a property, and wait for an agent to respond. Those interactions don’t result in sales as often as they should, he says: “That agent might not be a good fit for you.”

Opcity’s algorithms scores agents who work for its customers, which are large brokerages such as Remax and Century 21, in an attempt to create a profile that might best help a certain customer.

“We score our agents, the locations they work, the price points they work in, if they cater to empty nesters or first-time buyers or people moving in from out of town, what languages do they speak,” Rubenstein says.

Using Opcity, when a potential buyer clicks online to speak to an agent, the software takes all that scoring into account and automatically texts agents who are top matches in order. “We bridge the call, help set up an appointment for tomorrow to see the property,” he says. “The technology happens in a minute or two.”

“The agents are speaking to customers who want to see property in my area of expertise,” Rubenstein adds. (Agents pay a commission from the sale worked out between their brokerage and Opcity. Rubenstein declined to say what those commissions are.)

Opcity’s system will “learn” from the activities between the buyers and sellers and update itself in real time, Rubenstein says. So far, Opcity has about 350 brokerages with more than 4,000 agents using its platform, the company says.

Opcity is part of a growing community of tech companies catering to the real estate market. Most recently, Roomored said it would work with a yet-to-be-built senior living center to use virtual reality to help prospective tenants visualize the living spaces, according to Dallas Innovates. The startup aims to digitize the paint, wood, and fabric swatches used in interior design to allow homebuyers to have access to the sort of customized design typically available only by custom home builders, according to the post.

Another Texas real estate startup, The SquareFoot, which is an online platform for commercial real estate, moved from Houston to New York following a fundraising of $2 million in 2015.

Rubenstein had previously founded Yodle, an online marketing startup for small business, at age 21 when attending the University of Pennsylvania. An acquisition brought him to Austin

in 2011 and he sold Yodle to web.com in 2016 for $342 million. “I really missed the early days of entrepreneurial life and I wanted to start another company again,” he says.

Opcity had previously raised $1 million from friends and family and sees this much larger fundraise as key to the firm’s success.

“This is something that has grown organically on a smaller scale,” Rubenstein says. “We thought, let’s put some real resources into this and soup up the technology and bring it to many more brokerages.”

Angela Shah is the editor of Xconomy Texas. She can be reached at ashah@xconomy.com or (214) 793-5763. Follow @angelashah