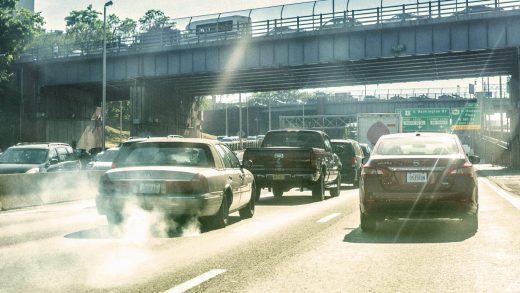 “Climate change is real,” General Motors CEO Mary Barra wrote in a LinkedIn post on Tuesday touting the company’s plans to introduce new electric cars as part of a vision for a zero-emissions future. “We recognize the transportation sector is a contributor, and we must be part of the solution.”

The rhetoric sounds green. But when Barra and other auto industry executives meet with Trump on May 11 to talk about the administration’s plans to weaken fuel-efficiency standards, they won’t be arguing that Obama-era standards should stay in place exactly as they were written–instead some activists say that the car companies want changes that will result in increased pollution, while letting them claim they’re still making progress on fuel efficiency.

The Obama-era targets, which were originally created along with automakers over several years and put in place in 2012, were designed to roughly double the fuel efficiency of fleets of cars and light trucks by 2025, cutting 540 million metric tons of greenhouse gas emissions over the vehicles’ lifetimes and saving drivers nearly a trillion dollars at gas pumps.

In April, the Trump administration announced plans to revise the clean car standards. One option on the table would reportedly to freeze the requirements for cars made in model years 2020 to 2026. In other words,  new cars would not have to get any more efficient.  Automakers don’t want to go that far. But they do want the standards to change–while at the same time, getting credit for saying that they’re for strong efficiency standards.

Ford, for example, says that it supports increasing clean car standards through 2025, and that it’s “not asking for a rollback.” But the company, which declined to comment for this article beyond providing a prepared statement, joins other automakers in asking for what they call “additional flexibility” in the regulation. That flexibility would allow companies to expand an already complicated and opaque system of credits, giving them more room to avoid directly improving efficiency across their entire fleets. Though it’s not clear what changes will be made, the end result could be more emissions.

“They want rollbacks, but they don’t want blame,” says Dan Becker, director of the advocacy group Safe Climate Campaign, adding, “They want the Trump administration to weaken these standards a lot, but they want the weakening done in an opaque way so that their customers won’t know what the auto companies have done. And that they want to accomplish with what they call flexibility–what you and I call loopholes, rather than the meat-axe approach that the Trump folks want to take.”

An auto industry trade group asked Trump to “adjust” the clean car standards the day after the election; days after Trump took office, automakers met with him and asked for the same thing. After more lobbying–including arguments in a regulatory filing that climate science is untrustworthy (at the same time as companies like Ford and GM have publicly stated that climate change is real)–Pruitt reopened a review of the standards. Then the administration suggested freezing them entirely.

“The automakers really opened a Pandora’s Box thinking they would get a gift horse from the Trump administration, and what they’re getting is chaos and uncertainty in their product plans,” says Simon Mui, director of the California vehicles and fuels, energy, and transportation program at the nonprofit NRDC. Companies have already invested in long-term technology improvements, including developing electric cars; if the administration went forward with freezing efficiency requirements for 2020 model year cars (cars that will go on the market next year, and are already well underway in terms of design and plans for production), that would punish companies for progress that has already happened.

If the EPA weakens its regulations, California–which has a waiver to regulate air pollution independently, since it began fighting smog before the country passed the Clean Air Act–has said that it will fight for the standards that were previously agreed to. Car companies, unsurprisingly, don’t want to deal with two different standards and long court cases, and plan to make that point clear in the meeting with the Trump administration. They want a national standard, just not the one that is already in place. (The Trump administration is also considering trying to eliminate California’s waiver entirely.)

The “flexibilities” that car companies want in lieu of a freeze would expand a complex system of credits that already exist. The system was set up to allow car companies to choose where and how to invest in new technology. Some credits reward technology that is supposed to improve fuel efficiency, but wouldn’t show up in the EPA’s fuel efficiency tests (for example, adding solar panels, or, more dubiously, features like “passive cabin ventilation”–reminding drivers to open windows instead of using air conditioning). Manufacturers can use these credits to lower the overall efficiency they have to achieve in their fleets. If companies make a fleet of cars more efficient than the standard requires, they can also use those extra credits to reduce their requirements for improving trucks, which are regulated separately. They could also sell extra credits to other companies.

In theory, this system is supposed to result in the same level of fuel economy as if manufacturers had improved efficiency in ways that would directly show up on EPA tests, but it doesn’t always work that way. Among the new changes automakers are asking for is to be able to apply these credits retroactively, so they could continue getting credit for cars already sold while not making any continued improvements to newer vehicles. “That would increase emissions because it would allow them to get credit for something that’s already been done, which would lower their requirements in the future,” says Don Anair, research and deputy director for the clean vehicles program at the nonprofit Union of Concerned Scientists. Manufacturers also want to extend an existing “credit multiplier” for electric cars, which was set to phase out, that gives electric cars extra credits beyond the pollution they directly prevent.

One analysis of a previous bill that proposed three changes in flexibility for automakers, including retroactive credits, calculated that those particular changes would result in 155 million additional metric tons of emissions and $34 billion in additional fuel costs.

GM frames the need for flexibility differently. It says that because cars are quickly changing, the company thinks that the regulation is already outdated. Cars will increasingly become autonomous and electric. As ridesharing becomes more common, for example, it might make sense to give a car company more credit for an electric car that is used all day long, crediting vehicle miles traveled rather than the number of vehicles sold.

Becker disagrees. “They love credits because they weaken the standards in an opaque way, compared to just weakening the standards’ targets,” he says.  “Also some are hard to verify–how much ridesharing actually happened? How much did consumers park their car where the solar panel could charge the battery versus in a garage or shade? And they want credits for things they will do anyway: adding safety technology or autonomous technology.”

Changes in the market also don’t explain why automakers can’t meet (or exceed) the standard already in place using technology that already exists. “This is auto mechanics, not rocket science,” Becker says. “Every auto company has these technologies. It’s not magic. It’s better engines, better transmissions, improved aerodynamics, low rolling resistance tires. It’s boring stuff that in combination can save the planet.”

A technical analysis done by the EPA found that automakers were meeting the standards faster and more affordably than originally predicted. The International Council on Clean Transportation, the research group that discovered the Volkswagen diesel cheating scandal, found that automakers were achieving the standards at 40% less expense than expected.

And by fighting for credits that allow some more-polluting cars to stay on the market, car companies may also be losing competitive advantage as the rest of the world moves to cleaner cars. “A key part of the U.S.’s manufacturing edge is around innovation,” says Greg Dotson, a law professor and policy expert who has written about China’s aggressive moves to support electric cars. “When a technology becomes a commodity–say a very basic catalytic converter or something like that–then it just goes to where it can be manufactured cheapest.”

Regulations can also spur innovation in electric cars, yielding IP that can then be exported. In China, regulations are leading to vehicles that are “leapfrogging the technology here,” he says. General Motors, which sells more cars in China than the U.S., considers China the heart of its electrification strategy. The company says that it aims for an all-electric future, but there may be a lot of extra emissions before we get there. 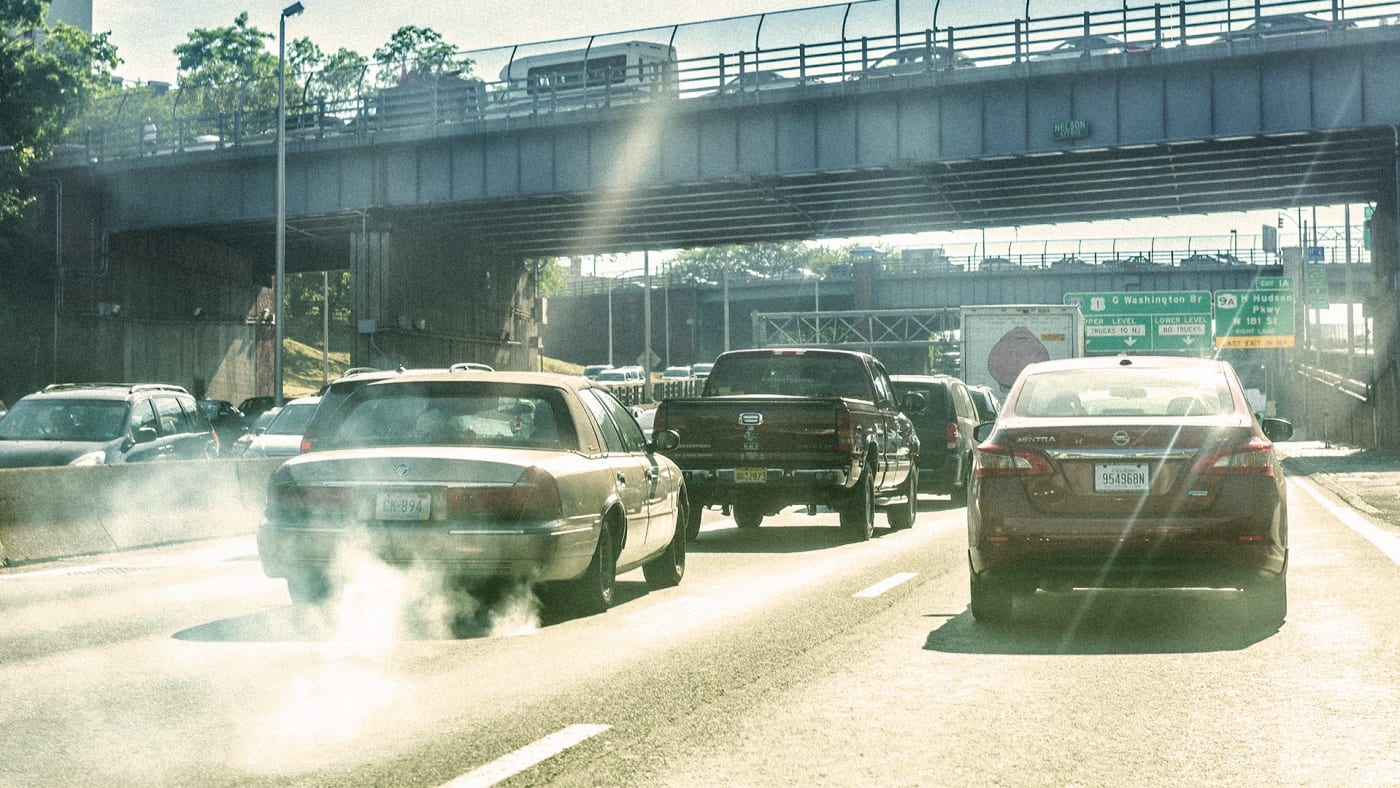