Autonomous boats could be sailing into Amsterdam

Autonomous boats could be sailing into Amsterdam

Roboat aims to design and deploy the world’s first fleet of autonomous boats in the city of Amsterdam from 2017. The project has a budget of  25 million euros and the initial phase will last for five years.

With over 1,000 kilometers of canals, 1,500 bridges and a long-standing focus on urban innovation, the city of Amsterdam is an ideal place to test new, water-based mobility solutions.

The canal system was once the key functional urban infrastructure of the city and today still plays a major role in recreation and tourism. Amsterdam’s waters, including bridges, canals, and the IJ river and its docks, offer plenty of opportunity to help solve current issues with transportation, mobility, and water quality.

Portable infrastructure is an interesting component of the project as cities experience high and low peaks of people over time, for instance when a major event takes place, rush hours starts or a during a festival. Roboat will explore the possibilities of floating infrastructures like bridges that move to the place it is needed most, extending the shore with moveable objects, or make a pop-up stage in the middle of a body of water.

Roboat aims to gather data on environmental aspects like water quality, air quality and noise, but also aims to explore ways to detect diseases at an early stage in cities, find more efficient ways to clear the canals from floating waste or new approach to dredging out the 12,000 bicycles a year which end up in the Dutch city’s canals.

“Water is the bearer of life. By focusing on the water system of the city, ROBOAT can create opportunities for new environmental sensing methods and climate adaptation. This will help secure the city’s quality of life and lasting functionality,” says Arjan van Timmeren, professor and scientific director at AMS.

With 80 percent of global economic output generated around coasts, riverbanks, and deltas and 60 percent of the world population living in these areas, researchers anticipate that outcomes from the ROBOAT projects could become a reference for other urban areas around the world and a source of international entrepreneurial initiatives and start-ups in which autonomy enters the marine world.

The post Autonomous boats could be sailing into Amsterdam appeared first on ReadWrite.

Amsterdam Autonomous boats Could Into sailing 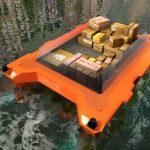 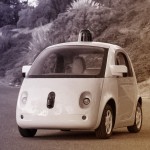