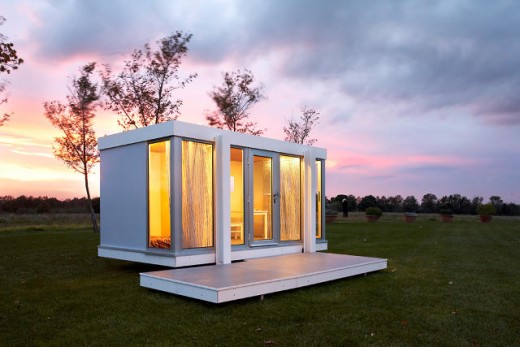 Barcelona architect David Lamolla designs the most beautiful backyard playhouses you’ve ever seen. What a time to be a kid!

What’s a good way to nurture a life-long love of good design and architecture in your kids? Buy them a backyard playhouse inspired by the real-world buildings of Le Corbusier, Toyo Ito, Mies van der Rohe, and more.

Since 2009, Barcelonan master architect David Lamolla has been designing garden playhouses for kids, using best architectural practices and some of the world’s most beautiful buildings as models. Although he boasts that his playhouses are as easy to assemble as Ikea furniture, his designs span modern architectural styles across many countries, including Denmark, Japan, and the United States. Architects whose works have inspired him include Toyo Ito, Mies van der Rohe, Herzog & De Meuron, Alvar Aalto, and Le Corbusier. Some of his designs include multiple stories, and even rooftop rock gardens.

By email, Lamolla tells me that he was inspired to build his first playhouse a couple years after his daughter was born. He started looking for a playhouse to put in their garden, only to despair at the options available. “All the options in the market were just very old-fashioned,” he says. So he decided to design one himself, inspired by his memories of the homes he saw his parents restore in Denmark during summer holidays as a boy.

Although his playhouses are just as much a sculpture for your backyard as a place for a toddler to have a tea-party with his or her stuffed animals, Lamolla seems most proud of the practicality of his designs, not their mere aesthetic. The playhouses are waterproof, elevated from the ground, and features special security features, such as cushioning around the door jams to prevent children from pinching their fingers. As for the interiors, Lamolla says that’s up for a child or their parents to decorate, although some of his playhouses come with advanced features like carpeting, designer curtains, and even track lighting.

As a design lover, it’s hard not to look at Lamolla’s playhouses and despair about the crappy, mass-produced plywood hut you had in your backyard as a kid. But Lamolla’s modest about his work. “I don’t think our playhouses are better designed, they’re just different from other options,” he says. “They are resistant, secure, and made with passion.”

If you’d like to purchase one of Lamolla’s Playhouses, you can order one from his Etsy shop here, although expect to pay for his craftsmanship: prices range between $3,400 to $11,000 for a made-to-order playhouse. 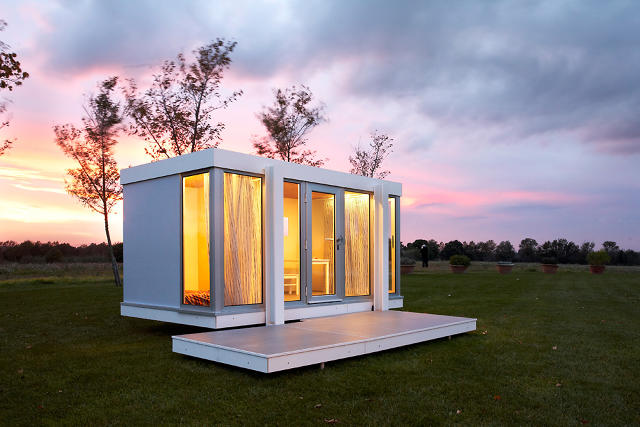