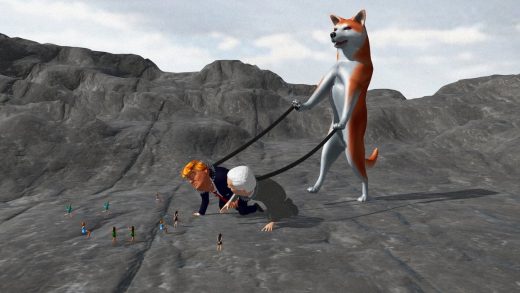 Become the next NFT multimillionaire with this digital art generator

Earlier this month, auction house Christie’s held an online auction in which a piece of art sold for a whopping $69 million. It wasn’t a work by Basquiat or de Kooning, artists who have fetched similar prices at auction. It was for a JPG file by the artist Beeple, sold as a nonfungible token or NFT—digital artwork that is verified as original through the use of blockchain.

Now, you can make Beeple-style digital art of your own, with a new site called the Beeple generator. The site, created by designers Vince McKelvie and Sam Newell, has one purpose: to generate Beeple-style digital art with the click of a button. The generator is a lot of fun to play around with, but it’s also a serious critique of a larger ecosystem, in which everyone is trying to get rich from NFTs.

NFTs have surged in popularity since last year. Everyone is selling NFTs from comedian John Cleese (asking for $69 million) to The New York Times (sold for $560,000) to Pringles (sold for $2; resold for $1,500) to Twitter CEO Jack Dorsey (sold for $2.9 million). Those projects are a part of a wave of renewed interest in NFTs following the nearly $600,000 sale of a one-of-a-kind version of the decade-old meme Nyan cat, an animated flying cat with a Pop-Tart body trailed by a rainbow, this past February. The Beeple sale blew that price out of the water.

The art form is controversial. Skeptics see it as a get-rich-fast bubble. Proponents see it as a way to turn digital artifacts, which are easy to copy, into something one-of-a-kind. The real value is probably somewhere in between.

Still, the problems are difficult to ignore. NFTs can have negative impacts on the environment. And some just seem like gimmicks (take this single red pixel, supposedly going for $900,000), which play into the value system of the art world where worth often has less to do with artistic ability, time, or effort, and everything to do with generating hype. (Remember the duct tape banana?) The market is also beset by scams. Artist Derek Laufman’s identity was stolen to create a “verified” account, from which a fan bought a fraudulent NFT. A digital house called the “mars house,” which sold as an NFT last week, is currently undergoing copyright dispute, with the freelance designer who helped design the work calling the final product fraudulent.

The Beeple generator takes the hype of the NFT world and doubles down. Click “new Beeple” and the site auto-generates a surrealist, bizarro landscape with figures from news, pop culture, and internet culture in Beeple’s typical style. One artwork I generated featured a giant Shiba Inu with a man (maybe Elon Musk?) sitting on its forehead, fishing for bitcoins. Another shows a huge eggplant emoji strapped to the roof of a Tesla Cybertruck, and another showed an eggplant emoji breaking free of chains, surrounded by tiny people. The site will be included in an exhibition of NFT-related works called “Pieces of Me,” opening April 1.

I asked McKelvie what he hopes comes out of the project. “Memes,” he said succinctly over Instagram DMs. McKelvie says he’s fairly neutral about NFTs, in that they’re good for artists who are able to make money but have downsides including environmental impact and gas fees, which push computing energy costs onto the user and make the art form less accessible to artists with less means. But McKelvie says, “It’s pretty fun to point out the absurdity of the format tho, which i think [the Beeple generator] does to a certain extent,” adding, “the absurdity is the main through line to the art world.”

Become Digital Generator multimillionaire Next This 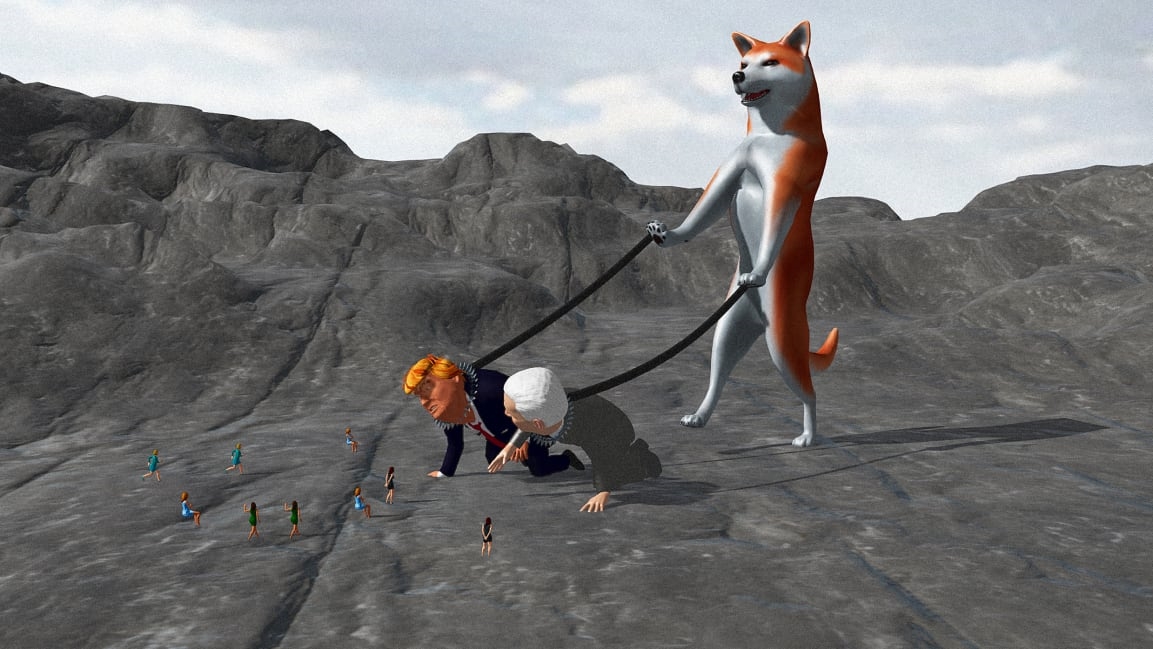