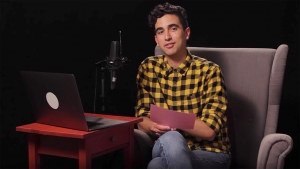 Behind “Conversations with People Who Hate Me,” The Timeliest Podcast of 2017

Mr. Rogers famously once said, “Frankly, there isn’t anyone you couldn’t learn to love once you’ve heard their story.” Now a podcast is putting that theory to the test.

While Dylan Marron was building a huge following with his progressive webseries and his role as Carlos on podcast juggernaut, Welcome to Night Vale, he was also cultivating an ensemble cast of enemies. With his latest project, however, Marron’s flipping the script–refashioning his antagonists into partners, and turning a curse into a gift. Welcome to Conversations with People Who Hate Me.

“You can only be reminded so many times that you’re a ‘fag’ and a ‘waste of oxygen’ before you find ways to tune it out,” Marron says of the online hate he’s incurred in recent years.

When he unveiled the Every Single Word project in 2015, which reduced movies’ runtime to just the dialogue spoken by people of color, the response was fairly nasty. Since his face wasn’t featured in the videos at all, though, he managed to mostly evade the wrath of commenters. His next project, Sitting in Bathrooms with Trans People, which is exactly what it sounds like, attracted a tsunami of transphobia, but little personal animosity toward Marron. It wasn’t until the Unboxing series, where the host literally “unpacked” problematic subjects like Police Brutality and Rape Culture, that he found himself center stage, the sole target for aggrieved viewers.

His viewers were especially incensed any time the topic of Islamophobia arose. Many of them argued that Marron, a gay man, was stupid for supporting a religion that doesn’t support him.

“In an interview I did with a panel of Muslim women, one commenter wrote ‘Dumb fag, don’t you know they want to kill you?’” Marron recalls. “In my mind, I thought, ‘Well, sir, I don’t think that’s true, but it seems like you want to kill me.’”

Around the time these comments hit a peak, Marron decided not to tune them out anymore. He realized that on a social media platform like Facebook, you can just click on the profile photo of whoever is trashing you and learn a lot about them. Soon he discovered that some of the same people who took time out of their lives to tell him off had more layers than he might have originally thought.

“I wanted to use a podcast to figure out who these people were and why they sent me these messages,” Marron says, “and to see if there was a way to turn their hateful jabs into a starting point for a conversation, rather than a dead end.”

What he ended up creating is perhaps the timeliest podcast of 2017. In a year in which Americans have never felt more divided, Conversations with People Who Hate Me is a refreshing glimpse of people at loggerheads culturally, learning through direct exposure–rather than from stereotypes. As Marron says at the top of the first episode, it’s neither debate, epic shutdown, nor an attempt to search for common ground. Instead, it’s “an experiment to see what happens when two people with very different views of the world listen to each other.”

Over the course of the episode, Marron talks with Chris, a CAT scan technologist who called the host ‘a piece of shit’ online. Although their conversation is breezy, the topics themselves are heavy. For instance, Marron gets fascinating answers out of questions like “How do you feel when people call you a racist?” In return, he gets to answer Chris’s questions, like “What rights do you think gay people still need?” By the end of the conversation, both parties sound like they’re actually having fun.

Marron was partly inspired by Lindy West’s harrowing episode of This American Life, in which she confronts one of her most sinister trolls, and finds a real person beneath the bluster. He also took cues from other sources like a chapter in the novel, The Bluest Eye, in which Toni Morrison draws out the back story of a villainous character in a way that forces readers to empathize with them. Mostly, though, Marron just wanted the chance to speak with his haters in a meaningful way.

“The structure of comment sections are more conducive to one-way jabs, epic takedowns, or total ‘pwnage’ than they are to facilitating actual conversation,” he says. “I wanted to make a space for dialogue on the internet.”

Instrumental to Marron executing this goal are Joseph Fink and Jeffrey Cranor, the masterminds who built Night Vale Presents from the ground up. Ever since Every Single Word took off, Cranor and Fink have encouraged their collaborator to turn his work into a podcast, and offered to help. They championed the idea for Conversations from its inception, putting the show on their burgeoning network, but stepped back to let Marron make it into what he wanted it to be.

The actual grunt work of facilitating these conversations involves the creator reaching out to his least kind commenters on Facebook, where it’s easy to tell whether a profile is fake. In order to stay safe–friends tried to warn Marron against this podcast–he makes it a policy to never reach out to anyone who has sent him death threats. What he is really looking for is that haystick-needle of a hater with a nuanced argument.

“If they just messaged me to call me a ‘cuck’ that’s great, but there’s not much I can go off of,” he says.

Once he’s carefully messaged a potential guest, Marron offers them any level of anonymity they want, up to and including voice distortion. He also suggests an off-the-record pre-interview, giving them a chance to get comfortable, and ease into the actual podcast conversation.

“Most people just want to have the pre-conversation so they can hear my voice and make sure this isn’t some elaborate setup,” Marron says.

Although there are no gotcha moments on the show, Conversations with People Who Hate Me may ultimately be an elaborate set up after all. By giving the kind of people who claim to hate safe spaces an actual safe space to exchange ideas, Marron may be tricking them into becoming better informed—dare I say, more woke—people.

“I’m still in the process of learning from this show,” he says, “but it’s helped me confirm a hypothesis: most people soften when they feel listened to. And they’ll even listen to you in return.” 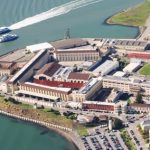 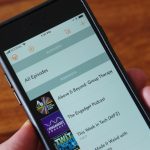 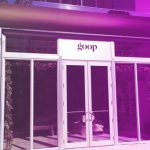 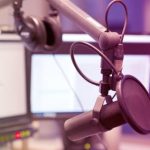 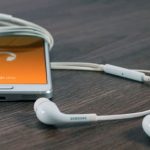 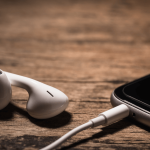 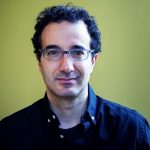 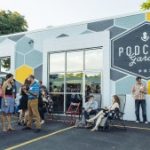 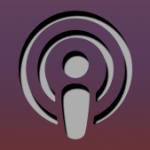