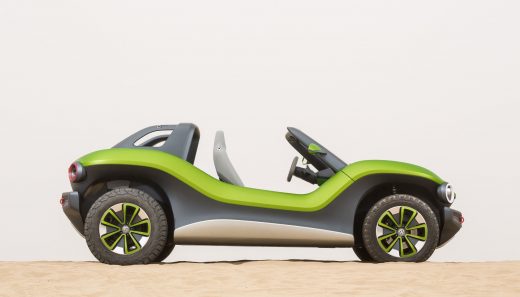 Behind the wheel of VW’s electric dune buggy prototype 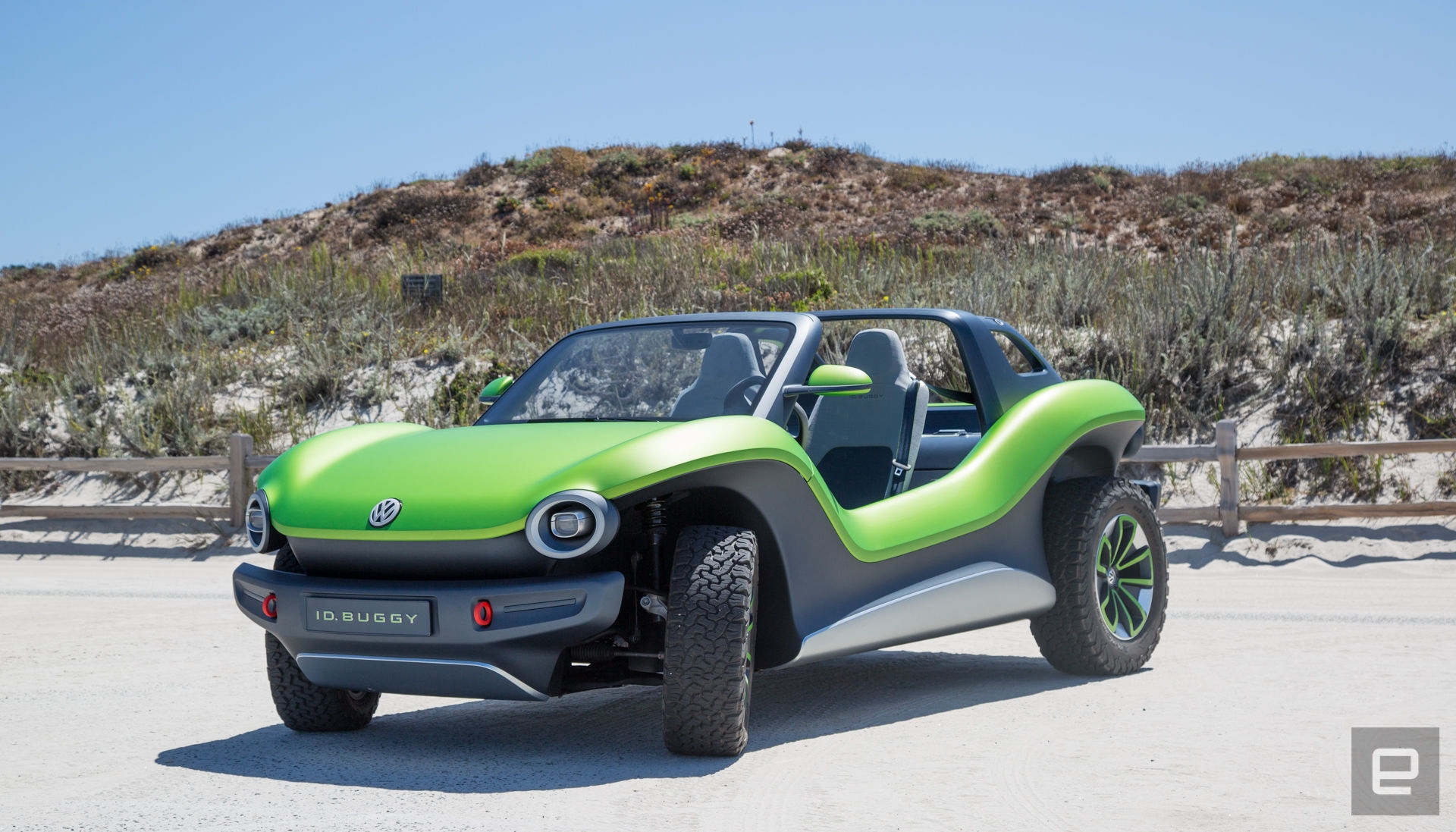 Pebble Beach seems a bit too fancy for a dune buggy. But as I slowly roll down 17 Mile road behind the wheel of Volkswagen’s latest electric concept car while trailing supercars, priceless vintage vehicles and RVs, folks alongside the road are taking photos and waving at me. Whether you’re in this vehicle or watching it from afar, the ID Buggy puts a smile on your face.

Based on the Meyers Manx dune buggies of the 60s, it’s underpinnings are the MEB platform. The modular battery layout allows the automaker use the same vehicle base to build different sized EVs by adding or subtracting battery packs. But unlike the Crozz, ID.3 or even the Buzz, the Buggy is a vehicle of whimsy. It doesn’t have doors, a trunk, a roof (although you can get a cover in case it rains), or even a back seat. But none of that mattered while I was driving it down the road.

Being behind the wheel of Volkswagen’s open-air dune buggy is outstanding. It’s probably the most basic vehicle you can drive legally on the road. The interior is just two seats and space in the back for your beach towels and cooler. There’s no infotainment system. There are no climate controls. Whatever the weather is like, that’s your climate.

The dash gauge has a speedometer, the vehicle’s battery status and what gear you’re in. That’s it and I couldn’t be happier about that. Sometimes all you need are the basics and the Buggy delivers that in a way that makes it feel like this is really all you need from a car. It’s the joy of driving distilled to its purest form.

Volkswagen won’t put this vehicle into production, but it’s likely that something very similar will show up for sale. The automaker has announced that it will sell platforms for third-parties to place bodies on. Essentially, another company could buy a frame, complete with battery and electric powertrain, and then stick any body on top of that. It opens up a world of possibilities. 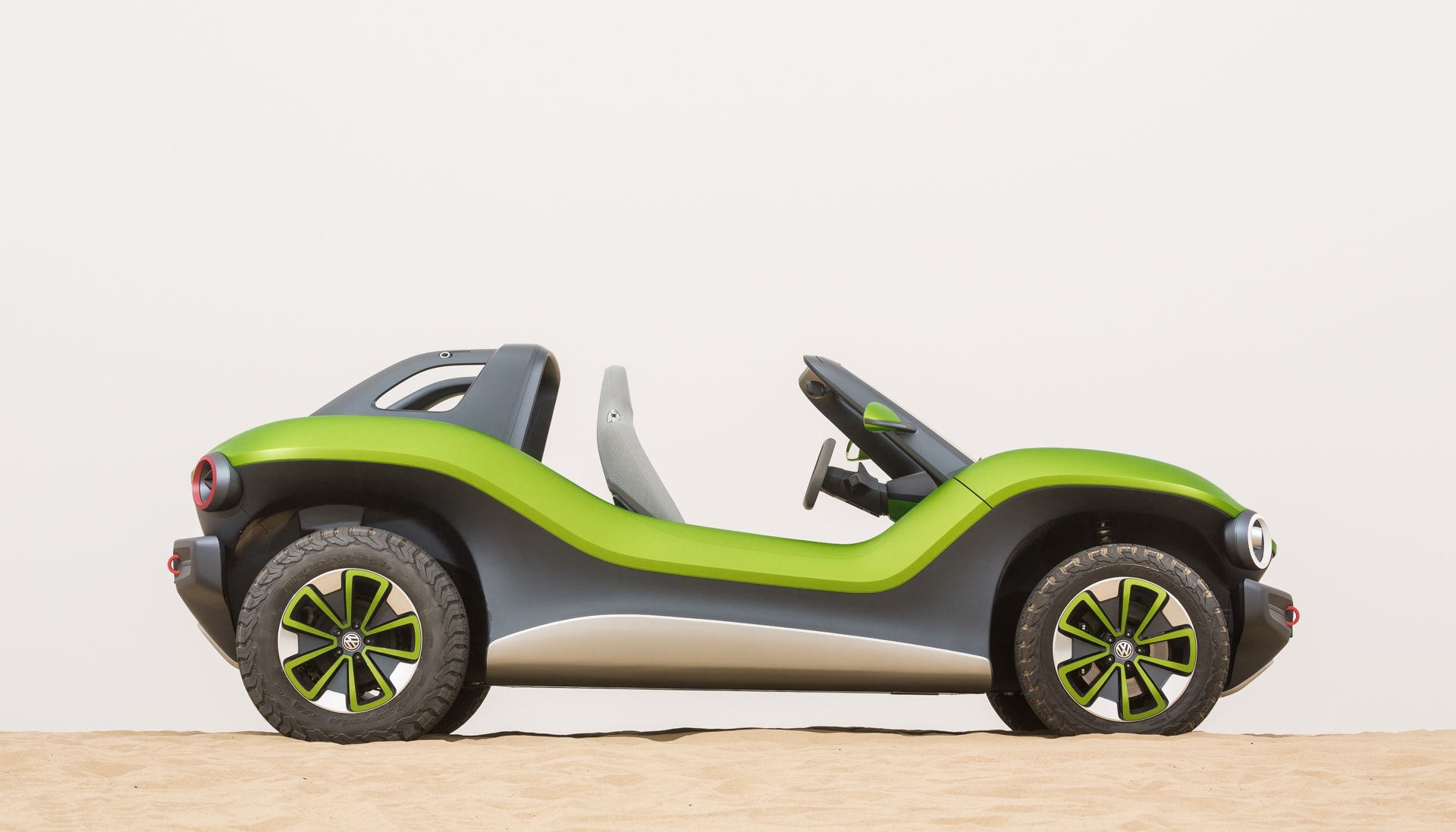 So while I’m driving the ID Buggy concept today, in a few years, it could be something very similar that I purchased. Volkswagen says the concept vehicle is based on the platform used by the upcoming ID 3 vehicle. It has a 62kWh battery, 155 miles of range, has 201 horsepower and can do zero to 60 in 7.2 seconds.

Sadly I was unable to test any of that. Concept cars are one of a kind and with that in mind, the ID Buggy I drove around Pebble Beach was limited to about 38 kilometers an hour. The steering was light and the suspension was a bit rougher than anticipated. But that’s typical of a concept car. Even with its limitations, the drive was outstanding because it’s a dune buggy. A head-turning blast from the past reminds us that the electrification of vehicles doesn’t equal the death of car-related fun. If anything, it means that in the future we’ll see more of these niche vehicles that appeal to the folks out there that want to cruise the dunes of their local beach without contributing to the smog above it.