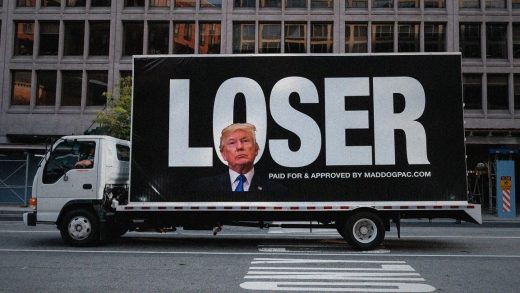 Biden voters to MAGA: Time to drink your own tears

As the 2020 election rapidly approached, many Democratic voters kept themselves sane by remembering one thing: Donald Trump can never be elected president for the first time again.

Sure, he could’ve ended up with a second term, but at least this time they wouldn’t be caught off guard by it. The horror would still be just as visceral—possibly more so, considering Trump’s scorched earth second-term agenda—but not the surprise. There would be no repeating the soul-deep shock of 2016. Only the subterranean-low bar of expectations set by the last four years.

With the end of this election, though, and Trump’s sound defeat, some pundits are suggesting that the shoe is now on the other foot.

They’re asking those who voted for Joe Biden to have compassion for Trump supporters, who are ostensibly experiencing the same surprise and horror that the other side did four years ago.

Now is the time for every Biden supporter to reach out to one person who voted for Trump.

Come up with one issue you can agree on.

Rick Santorum on CNN literally saying “Democrats need to give Republicans, including Trump, time and space to work through their feelings about losing.” #ElectionResults2020

It’s over. Biden apparent winner. If you’re celebrating, remember that you have friends who feel like you did in 2016. ???????? https://t.co/zyk6XHZVnd

With all due respect, which is none whatsoever, the way Trump supporters feel at this moment bears no relation to how Hillary Clinton voters felt in 2016. None whatsoever. It’s a false equivalence that lets the MAGA faithful completely off the hook for everything they’ve supported over the last four years—and assumes that the Biden presidency they opposed is just as insidious a threat.

For far too long, Trump has thrived off of just these kinds of false equivalencies. They should die off along with his presidency, starting with this one.

Biden voters do not owe Trump supporters even an ounce of compassion—at least until they’ve completed their truth and reconciliation commission hearing. (This is a joke. Sort of.)

When Trump first ran in 2016, he warned of dire consequences under President Hillary Clinton. There would be constant investigations, the kind that would create a constitutional crisis. (Can you imagine? Constant investigations, at the White House?) Jobs would move out of the country, while immigrants would swarm in to take yours. Oh yeah, and World War III would happen as well. Why not?

Meanwhile, Clinton voters worried that persecuted groups like the trans community would lose the gains they’d made under President Barack Obama. They worried that a misogynist president would promote misogynist policies. They feared losing even the crappy, watered-down version of universal healthcare they’d secured.

They were worried about his temperament and vindictiveness. They were worried about what his demonstrable dishonesty would mean when it was coming from the president. And they worried that his war on the media, which he later outright admitted to Lesley Stahl on 60 Minutes, was just a tactic to discredit any reporting on him that is necessarily negative in content.

I just want you to know this is one of the many things I, a journalist, think about every time you tell me to forgive Trump supporters. pic.twitter.com/iZ74uXkkDx

There were plenty of other fears, too. Trump’s susceptibility to flattery by autocratic world leaders such as Vladimir Putin would weaken America’s standing in the world. He would embolden his more racist followers—the “basket of deplorables” Clinton was pilloried for condemning—and he would continue framing Democrats as not just his ideological opponents but as an occupying enemy force.

You know what happened next.

After Trump won, he immediately started gloating about it—and never stopped. He once even gloated about it while addressing a crowd of Boy Scouts.

Practically every single MAGA warrior, from the transition team down to the 8chan chuds, internalized Trump’s antagonistic attitude about his victory, and reflected it back at the world that dared doubt them. They turned the idea of a crying liberal into an all-purpose meme about vanquished foes. All those PC snowflakes and their safe spaces? They would now have to simply accept that no election has a participation trophy, and get over it.

And if not? Well, Trump supporters were all too happy to drink their liberal tears.

While some Trump-heads expressed their joy through goofy coffee mugs, many others celebrated the victory with open racism and violence. The people who had dreaded this exact outcome were still figuring out how to even process it when New York Times op-ed writers started encouraging them to try and better understand their Trump-supporting brethren, a trend that would persist, ad nauseum.

All in all, it was a fitting start to the next four years, during which most of what Clinton voters were worried about actually came to fruition, all while being told they were acting hysterical.

With every fresh Trump horror—from pulling out of the Paris climate accord to separating migrant children from their families at the border to inspiring Nazis to march in the streets, chanting “Jews will not replace us!” to mocking masks and scientists—what made it all further unbearable was that tens of millions of Trump supporters were with him every inch of the way. Just as long as it made liberals angry, anything could be considered a win. As Donald Trump Jr. claimed recently, and newly elected Representative Madison Cawthorn echoed, “making liberals cry” is as much an enduring part of MAGA as building the wall.

Four years ago, defeated Clinton voters might not have specifically anticipated Trump supporters cheering on his secret police or the attempted kidnapping of Michigan’s governor. They just knew that no nightmare was off the table with Trump in charge of America. And they were right.

Now that Trump supporters are supposedly in the same position, and the other side is somehow being asked to do the opposite of make them cry, let’s take a look at what they were worried about in a Biden presidency.

Aside from the fear that Biden would preside over the kind of destruction that, uh, did occur under Trump, the current and outgoing president promised that Biden would hurt God, destroy the Washington Monument, abolish the suburbs, and make celebrating Christmas illegal. He’s inflamed his supporters’ fear of Antifa supersoldiers and warned that the mostly moderate Biden will plunge America into a den of socialist inequity. Oh, and of course he has warned that because of the Hunter Biden saga, nepotism might find a home in the White House. (Can you imagine? That kind of corruption? In the White House?)

Some of Trump’s supporters even seem convinced of more ridiculous threats—like a Biden administration violently forcing them to get vaccinated.

here’s a better quality version of the worst damn video ever pic.twitter.com/hd7g3WwDRa

How much of this could they possibly believe?

Whatever the amount, it doesn’t matter. None of these fears are rooted in fact. It’s mostly just boy-cries-wolf BS that Trump and conservative media will drop like a hot socialist potato post-election day. (See, for instance, the infamous migrant caravan hysteria Trump pushed just before the 2018 midterms, which allegedly helped inspire the Pittsburgh synagogue massacre.) In the next four years, Biden will not destroy God or do away with capitalism. And when it comes to Antifa, anyone fearing them will hopefully notice that, even with all of Trump’s prosecutorial pugilism and a compliant Department of Justice, he was never able to get any big, splashy Antifa convictions. (Although he did get one extrajudicial killing under his belt). It’s almost as though the threat Antifa presents to average Americans has been astronomically exaggerated….

Trump’s most ardent supporters don’t actually seem to be scared right now, so much as they are sad and/or upset. It’s a bummer to have to go home from Fantasy Camp, where your hero, the president, is always winning on your behalf and punishing the losers next door, whom you hate.

Some of these folks are already pivoting to victimhood, although admittedly it’s not much of a pivot if you were operating out of a sense of grievance the entire time.

Ian, you’re out of touch if you think 70m Americans who have been unfairly demonized as the worst of humanity for 4yrs are now going to hug those who’ve viciously attacked them (& are now making lists of their names). I’m talking reality, which is my job, not pie-in-the-sky stuff https://t.co/ZgblLkiE3P

The Trump Supporter Persecution Complex has been one of the greatest fallacies of the last four years. People like Megyn Kelly insist that opposition to Trump (often just called “hate”) happens in a vacuum, or is just a matter of personal distaste, like thinking The Apprentice was a garbage TV show. They act as though the context for this fervent opposition either doesn’t exist or isn’t justified.

History will look favorably on their efforts.

As we are paradoxically asked to empathize with people who wore Fuck Your Feelings T-shirts to Trump’s rallies for five years, the current president’s final project is to further divide the country.

As predicted by one of his chief impersonators, and as he telegraphed himself, Trump refuses to concede, instead opting to go all-in on the nonsensical conspiracy theory that the election was stolen from him. (Ironic, considering his disdain for Clinton voters who blamed outside interference for their loss.)

At present, the vast majority of Republicans in power have backed Trump’s evidence-free conspiracy mongering, and many of his supporters believe him. They refuse to accept the results of the election.

Big picture on Nov. 9th: McConnell, the most powerful Republican in Congress, stands firmly with President Trump as the president fights his legal battles. Rails against “far left mobs,” minutes after meeting with AG Barr at the Capitol. Wants “no lectures” from Democrats.

If we manage to make it to January 20 without a full-on coup, and some of the 70 million Trump voters finally accept that he lost the election fair and square, maybe the priority shouldn’t be for Democrats to understand them better.

Maybe, instead, it’s finally time for Trump supporters to take a serious look at everything they’ve willingly gone along with for the last four years in the name of owning the libs, and move their understanding of those libs beyond punchline-free jokes about lattes. 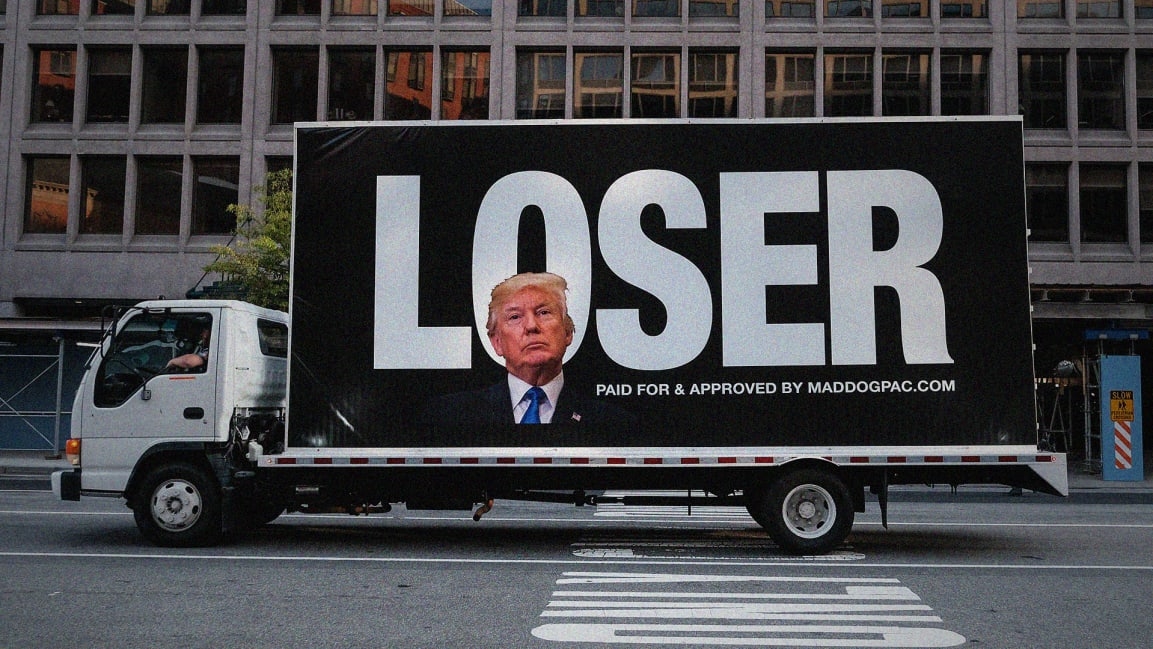