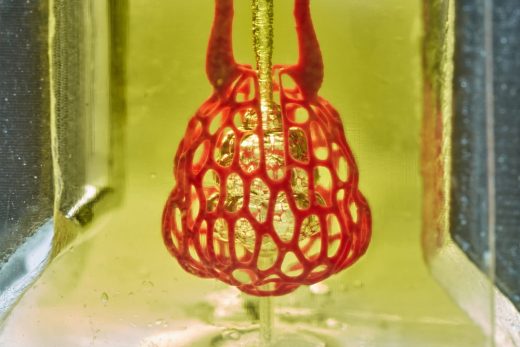 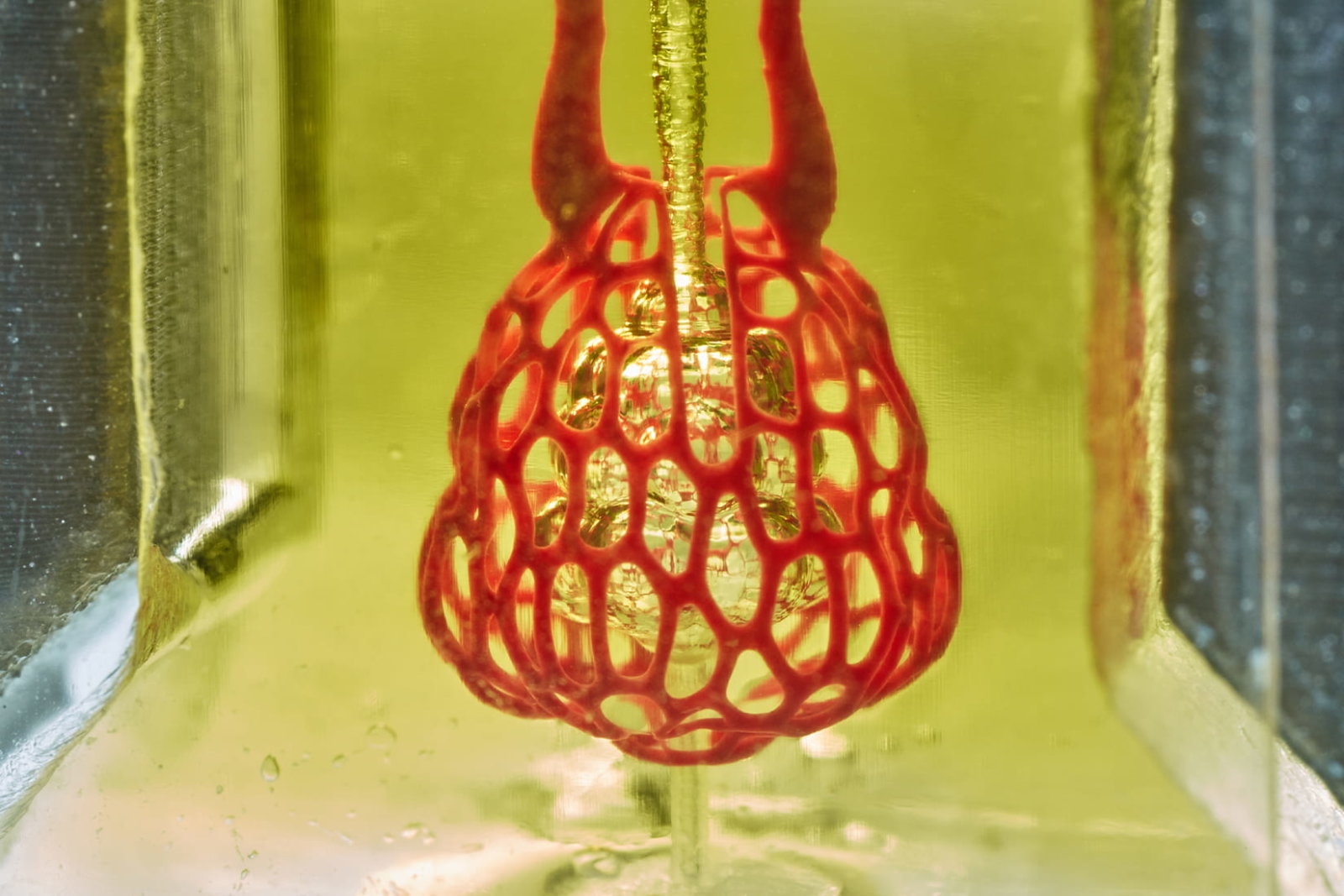 Bioengineers are one step closer to 3D printing organs and tissues. A team led by Rice University and the University of Washington have developed a tool to 3D print complex and “exquisitely entangled” vascular networks. These mimic the body’s natural passageways for blood, air, lymph and other fluids, and they will be essential for artificial organs.

For decades, one of the challenges in replicating human tissues has been figuring out a way to get nutrients and oxygen into the tissue and how to remove waste. Our bodies use vascular networks to do this, but it’s been hard to recreate those in soft, artificial materials.

This new tool overcomes those challenges by printing thin layers of a liquid, pre-hydrogel solution, which becomes solid when it’s exposed to blue light. This allowed the scientists to create biocompatible gels with intricate internal architecture similar to the human body’s vascular networks.

The researchers relied on other open-source projects to create their tool — called the stereolithography apparatus for tissue engineering, or SLATE. And as a way of giving back, they’ve made SLATE open source, as well. Their findings were published in Science this week, and all of their experiment data is free and open to the public. While the researchers say we’re just beginning to understand the complex form and function of the body’s structures, they hope this will help make 3D-printed organs a viable option sooner rather than later.