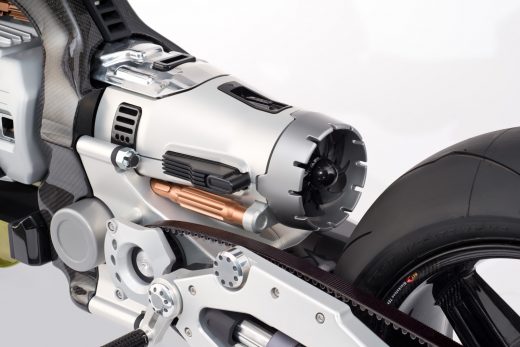 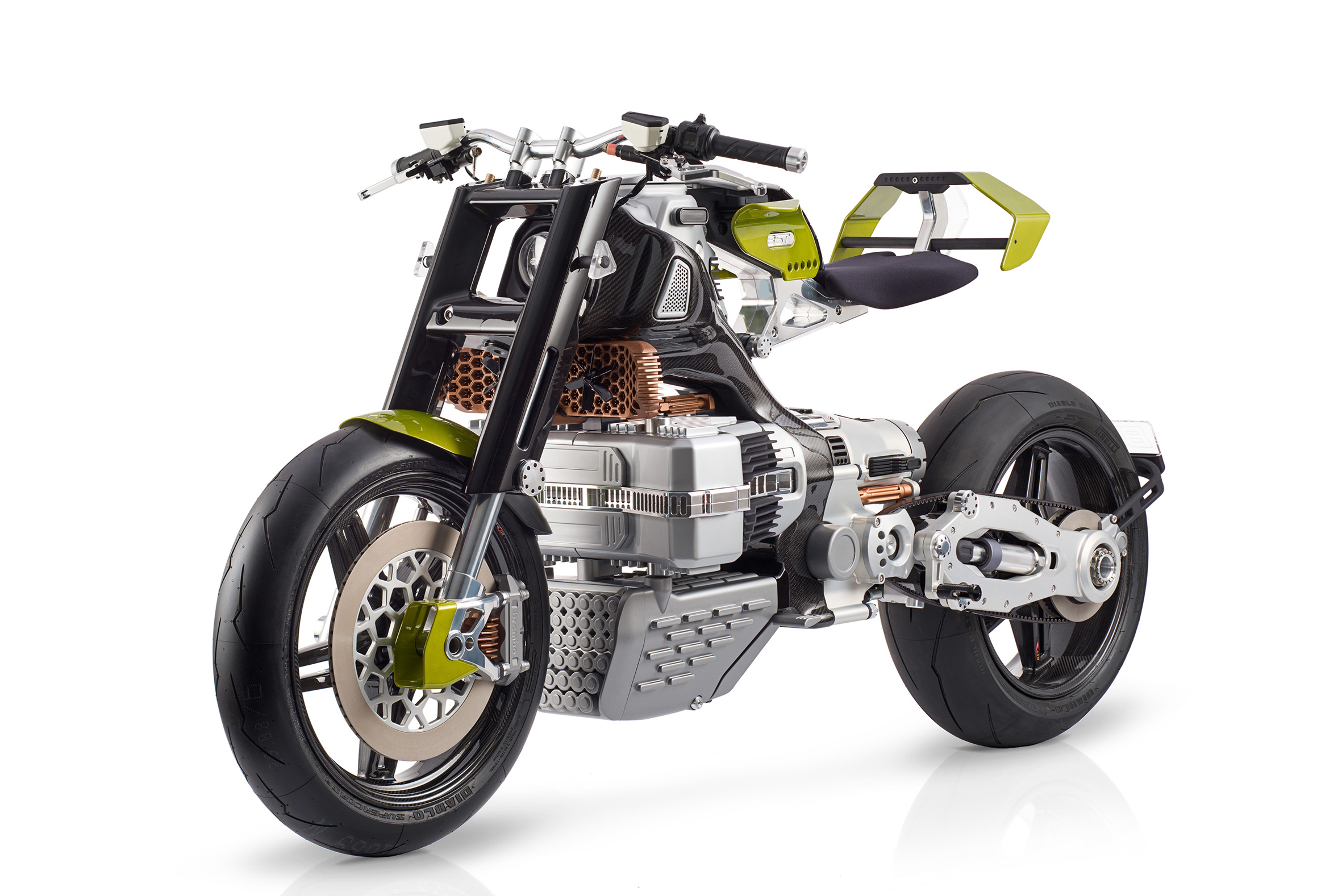 Here we have a motorcycle that takes advantage of what can be done with an electric powertrain and looks like one of the possibilities in the sci-fi futures we’ve dreamed of. South African company Blackstone Tek, better known by the initials BST, is known for its carbon fiber motorcycle and car wheels. When Founder Gary Turner decided he wanted to build an electric bike, he enlisted fellow South African designer Pierre Terblanche, who’s designed two-wheelers like the Ducati 749, 888, 999 and Hypermotard, and the Confederate X132 Hellcat Speedster. The result of the collaboration is this, the HyperTek. It will be hand-built, limited-edition, and expensive. 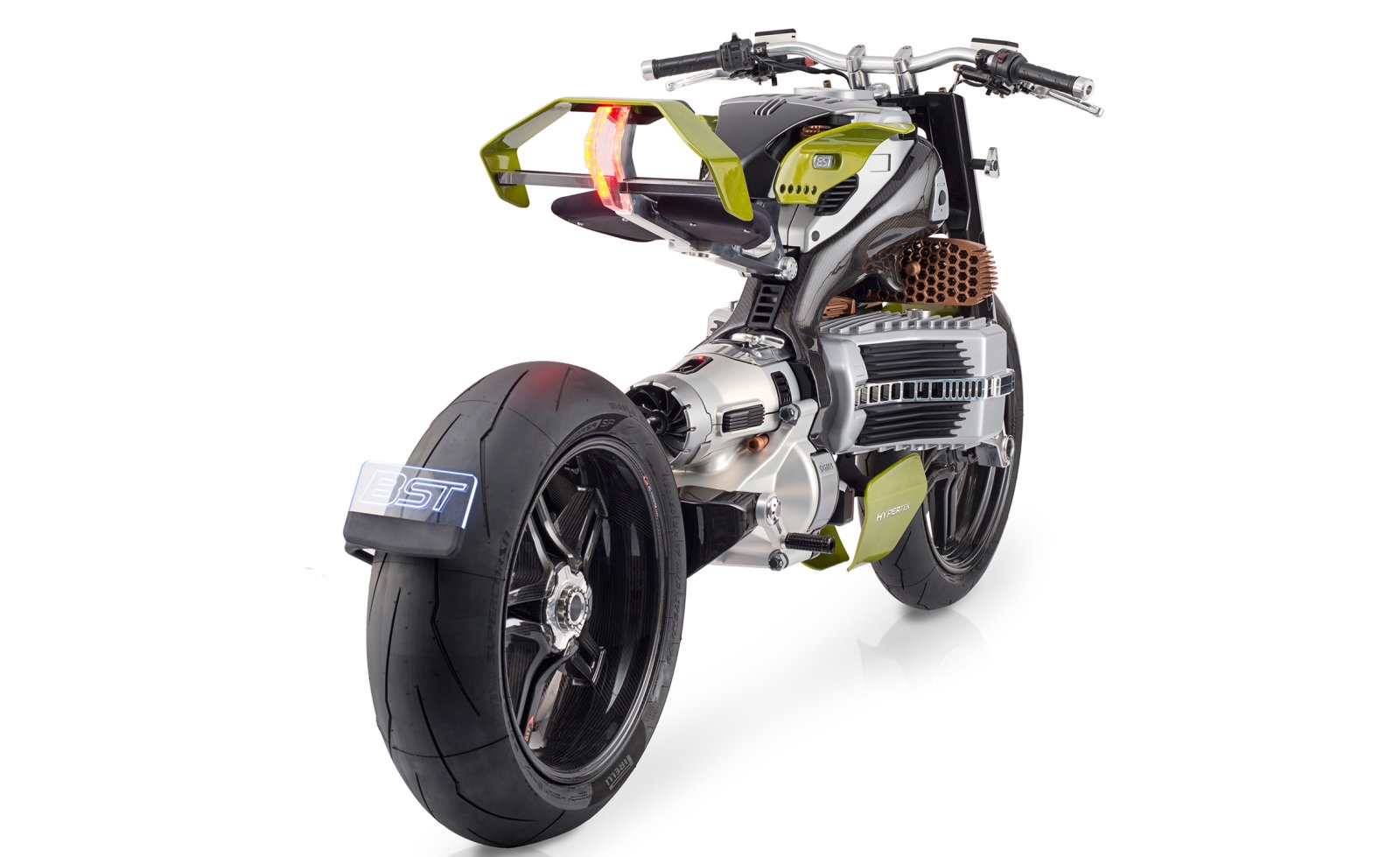 The HyperTek’s mechanicals hang from a one-piece carbon fiber monocoque and billet subframe. The water-cooled, DHX Hawk motor produces 105 hp and 88.5 pound-feet of torque, powered by a 4.75-kWh battery. BST claims the battery can be fully recharged in 30 minutes on a fast charger, with a range of 186 miles on a charge. That’s almost certainly on the more generous European standard, and we suspect the range claim includes the supplemental battery pack; a Zero S motorcycle, for instance, packs a 7.2-kWh battery and lists an 89-mile range in city riding. On the HyperTek, the standard pack sits inside the metal box ahead of the frame. The gray box of the supplemental battery can be seen in a couple of photos hanging underneath that, featuring a cell pattern along the front, otherwise replaced with green, logoed fairings.

The custom front end molds the triple clamp and down tubes in a single piece of carbon fiber. The front suspension was inspired by the Horst Leitner unit on an ATK motorcycle, the rear suspension is a mono-shock slipped inside a single-sided swingarm akin to that on the Terblanche-designed Moto Guzzi V12 concept from 2009. The package sits on BST’s 17-inch Rapid Tek wheels with a wheelbase of 58 inches, and the bike weighs 450 pounds. 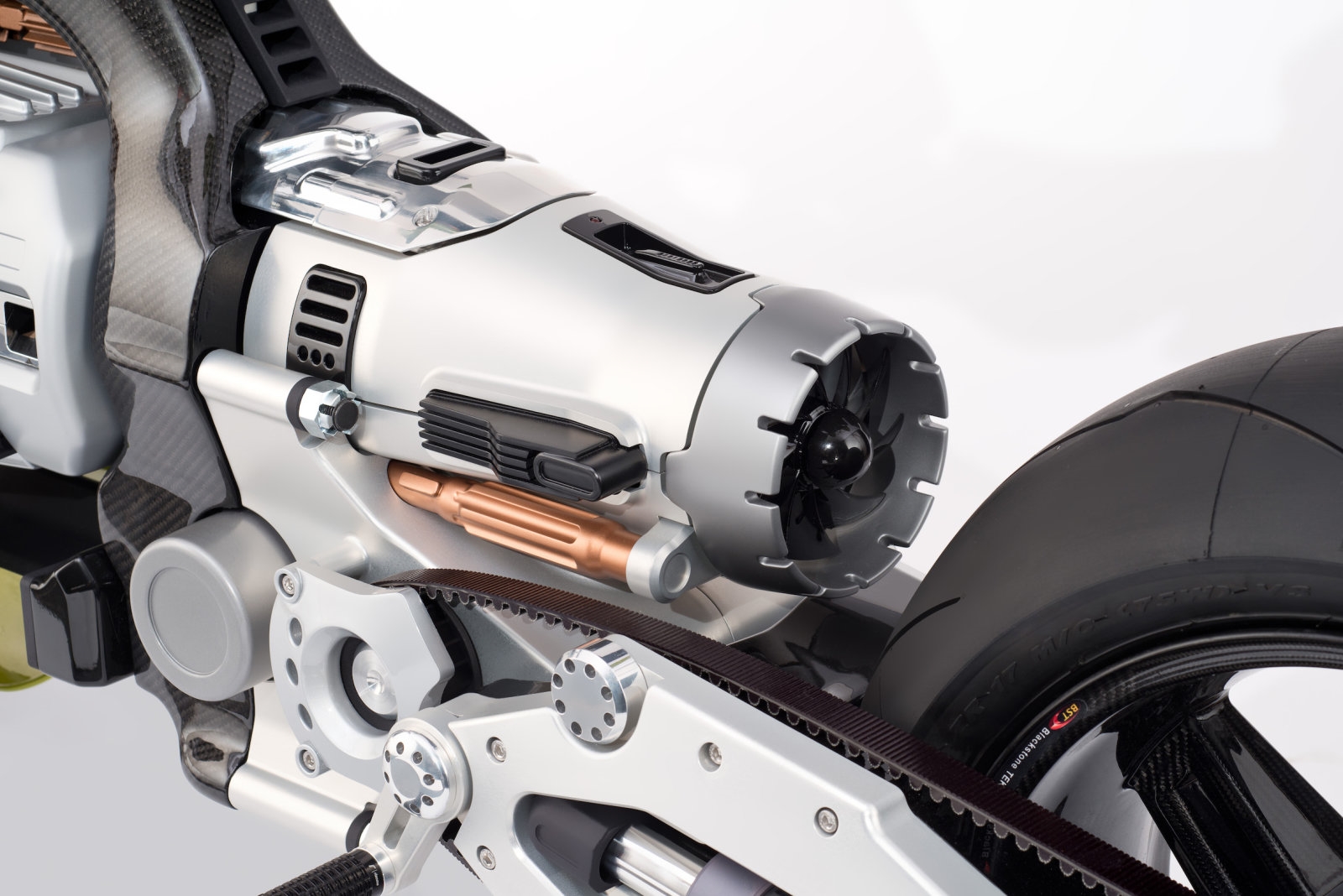 There’s no cockpit instrumentation. Riding vitals are instead beamed to a heads-up display inside the Cross X1 helmet. The HUD shows a rear-view camera image, too. Another novelty is the electronically modulated clutch that enables revving, burnouts and wheelies thanks to “Wheelie & Traction Control.” Cruise control eases the highway miles, hill stop eases inclined launches, and a built-in sound generator gets attention in urban environments.

Bike EXIF says BST wants to start production on the HyperTek in 18 months, and each example will cost $80,000. Those are steep numbers, but HyperTek’s design, technology and pedigreed backers convince us to say “Yes.”