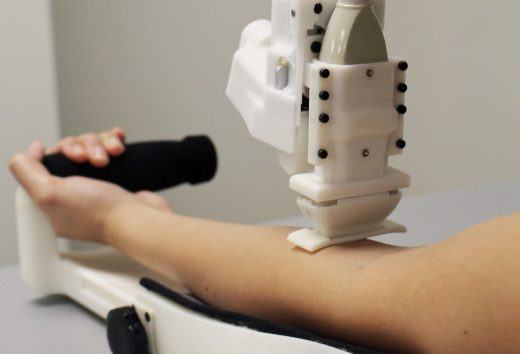 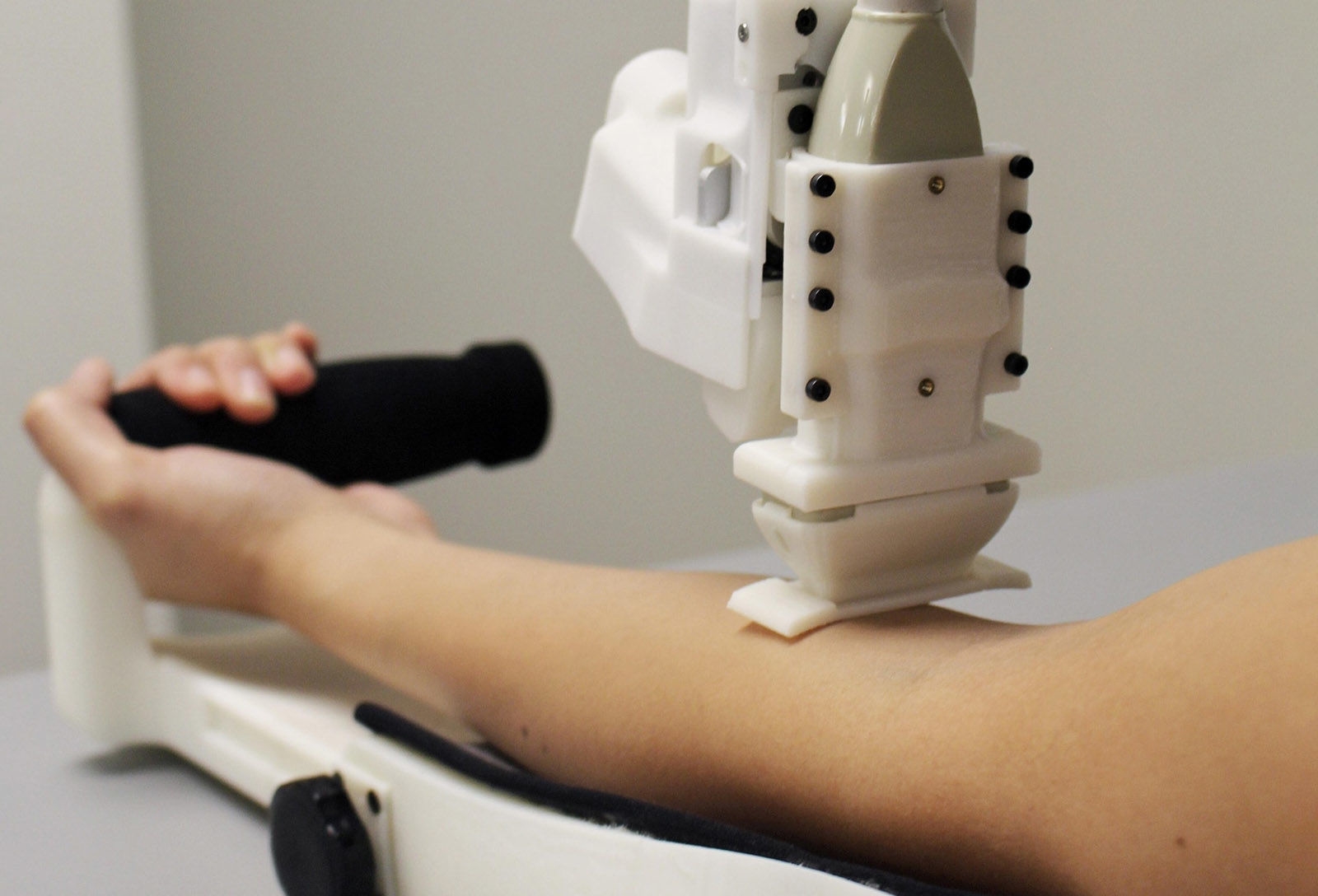 The only thing worse than getting a needle is getting two (or more) when the first jab attempt fails. Now, researchers from Rutgers and Mount Sinai Hospital have developed a robot that can see under your skin and supposedly do the job better than humans. That could one day help reduce problems like infections and thrombosis when attempting to start an IV line, for example.

It’s relatively easy to draw blood from a patient with easy-to-access veins, but much harder for patients without visible or palpable veins, and particularly with emaciated patients. In those cases, staff might have to resort to using an ultrasound machine to see veins more clearly.

The blood-sampling robot just skips straight to that step, using built-in ultrasound tech to guide the placement of the needle. The complete system also includes a module to handle samples and a centrifuge-based blood analyzer.

With easy to access veins, the machine can successfully draw blood 97 percent of the time, and had an overall success rate of 87 percent for 31 participants, the researchers said. According to the report, clinicians fail between 27 and 60 percent of the time for patients with difficult-to-access veins, depending on the nature of the problem. As a Redditor pointed out, however, the machine seems to have a lower success rate than medical personnel for difficult-to-access veins, other than for emaciated folks.

The robot is still a prototype and researchers could potentially improve its success rate, though. It could one day be used in ambulances, besides and emergency rooms for procedures like IV catheterization, dialysis and placing arterial lines. “A device like ours could help clinicians get blood samples quickly, safely and reliably, preventing unnecessary complications and pain in patients from multiple needle insertion attempts,” said lead author Josh Leipheimer.