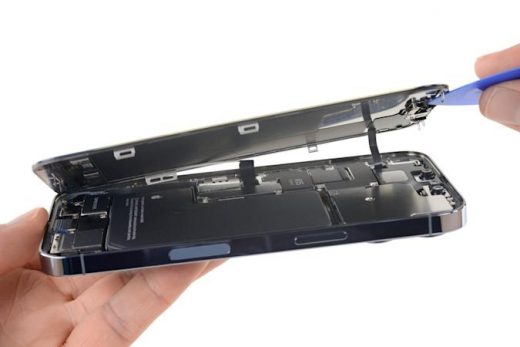 Breakthrough could help you 3D print OLED screens at home

This may be Apple’s answer to right-to-repair measures.

Apple just became much friendlier to do-it-yourself repairs. The company is launching a Self Service Repair program that will let you repair products yourself using official Apple parts and tools. The option will be available in the US in early 2022 (later that year for other countries) and will initially give the resources to fix an iPhone 12 or iPhone 13 (you’re looking at iFixit’s iPhone 13 Pro teardown above), with M1-based Macs eligible soon afterward.

The first “phase” of Self Service Repair will focus on core components like the battery, camera and display, with other parts eligible later. Apple will ask customers to review a repair manual and then order relevant parts through a Self Service Repair Online Store. The company didn’t say how much parts would cost, but did offer credit to customers who return used parts for recycling.

Not surprisingly, Apple stressed that the program was meant for people with experience repairing electronics. The “vast majority” of people were still better off getting service from professionals, whether at Apple stores or authorized providers.

The company didn’t say what prompted the openness to self servicing. However, it may be a matter of government pressure. The White House, the Federal Trade Commission and multiple states have backed right-to-repair measures that could force Apple and others to allow customer maintenance. This theoretically heads off some of the major complaints by letting any skilled person fix a device themselves without resorting to unofficial parts.

There are lingering questions. Will the part pricing be competitive enough to make Self Service Repair a viable alternative to professional help? And will Apple tweak its product designs to make these repairs more practical? While there are signs of these tweaks between a relaxed policy on iPhone 13 display repairs and easy-to-remove MacBook Pro batteries, we wouldn’t expect simple fixes in the near future.

Update 11/17 11AM ET: iFixit’s Kyle Wiens told Engadget in a statement that Self Service Repair was “exactly the right thing” for Apple to do, and a step back toward “long-lasting” products. The DIY repair shop still had reservations about display swaps requiring Apple part provisioning, but it was so far happy with the move. You can read the full statement below. Also, the Public Interest Research Groups’ right to repair director, Nathan Proctor, heralded this as a “major milestone” for self-servicing.

Making service manuals available to consumers is exactly the right thing for Apple to be doing. No one should be in the dark on how to swap a battery or fix a cracked screen. Access to service information for products is a fundamental human right. We are proud of Apple for making this change.

We won’t know details until we can analyze the legal terms and test the program in January. For now, the catch is that the IRP software requires that Apple provision a part that they sell. You can’t swap the screens between two iPhones and then calibrate them with their service software. That’s an issue for recyclers, refurbishers, and anyone else accustomed to harvesting parts to perform repairs.

Apple leads the electronics industry. They pioneered glued-in batteries and proprietary screws, and now they are taking the first steps on a path back to long-lasting, repairable products. iFixit believes that a sustainable, repairable world of technology is possible, and hope that Apple follows up on this commitment to improve their repairability. 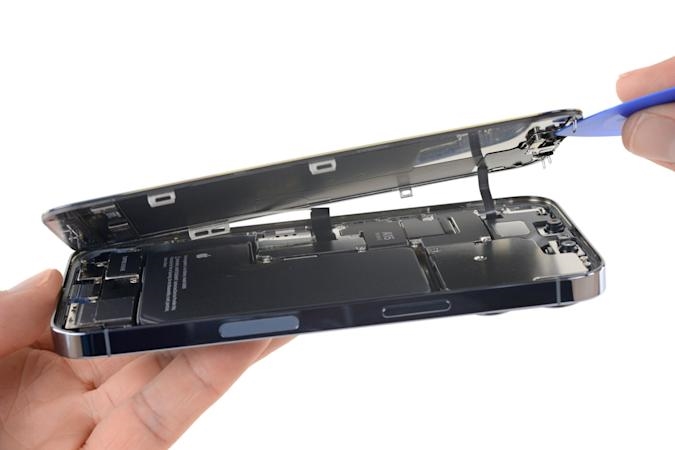