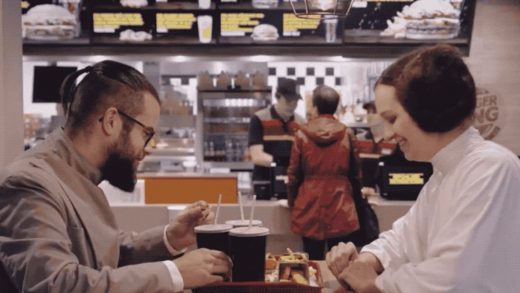 What: A bittersweet dilemma for German carnivores who love Whoppers but love going into a new Star Wars cold even more.

Why we care: Star Wars fans are famously leery of situations that may or may not be a trap. While the offer of anything free may sound a little suspicious, though, The Spoiler Whopper from Burger King Germany doesn’t appear to have any catch hidden deep within the fine print. It’s simply a free burger that one obtains by reciting aloud spoilers for The Rise of Skywalker, sourced from the ever-reliable internet.

While it might only be natural to have a bad feeling about this, according to The Hollywood Reporter, who has been in contact with the director of marketing at Burger King Germany, the promotion is real.

“We wanted to challenge people’s Whopper love and put it to the ultimate test by asking them to choose between their love for our flagship product and their love for the most epic sci-fi movie ever,” writes marketing head Klaus Schmäing.

Is it a spoiler in itself for Schmäing to reveal that the new Star Wars is “the most epic sci-fi movie ever,” or is it a cheeky, very careful wording in the face of legendarily litigious Disney’s prized IP? A look at a video for the promotion only arouses further suspicions, like a light saber erupting out of its handle.

(Don’t worry: The ad is spoiler-free.)

The video features a dramatized version of what the promotion promises, with patrons walking into a special Burger King where spoilers are written on the menu itself and hidden throughout the meal packaging. In reality, customers need only open up the Burger King app at the counter of participating locations (in Germany) and recite a spoiler at the counter for their free sandwich. (Those poor employees apparently have no say in whether they get spoiled.)

Weirdly, though, in the way of knockoff Halloween costumes that label an obvious Prince getup as “Adult Purple Rockstar,” Star Wars character Rey is referred to in the ad as “the young swordlady.” And nobody ever says the words “star” or “wars” in that order either.

In fact, the more I hear about this promotion, the more I’m concerned that it ultimately could be a trap after all.

Or course, any vegetarians who wants to be spoiled on the new Star Wars can do so just by participating in the discourse around it, which is not great! 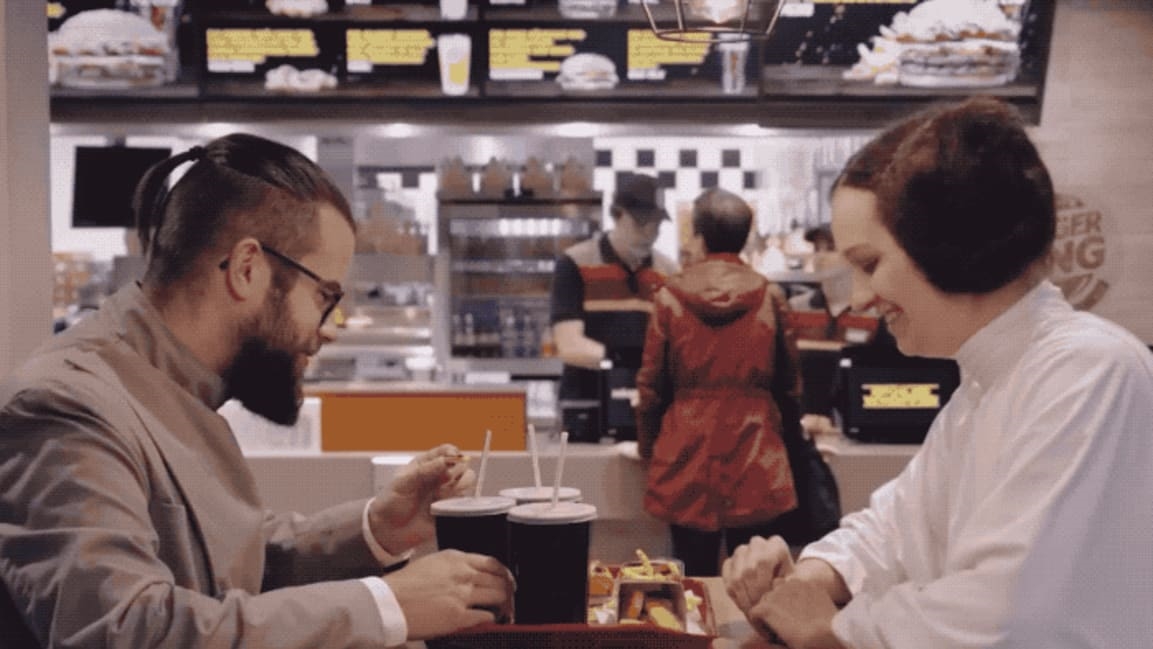