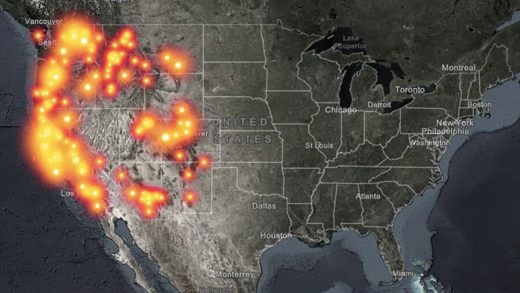 Historic wildfires continue to burn across the western United States, causing tragic loss of life, mass evacuations, insurmountable damage, and a vast haze of deep orange in the skies. The fires have been raging out of control from Southern California, through Oregon, and up into the northern tip of Washington State, and they include some of the worst wildfires on record.

In California, some 2.3 million acres have burned this year so far; Oregon local media reports put the damage at 672,000 acres this week alone; and Washington has seen about 500,000 acres burned, according to The Seattle Times. Certain areas in all three states are experiencing significant drops in air quality.

If you’re looking to track these fires locally or on a national level, some interactive maps and tracking tools let you do that in real time:

National: The Wildfires Story Map from Esri, a spatial analytics firm, lets you search active wildfires by name or by zooming into specific areas. Large fires affecting areas of at least 139,000 acres are represented by glowing orange bulbs. If you take an overview of the country, you can see several of these bulbs up and down the West Coast. Alternatively, Esri’s disaster response map displays live wildfire information and lets you search by location or agency.
California: The map tool from the California Department of Forestry and Fire Protection, or Cal Fire, offers information on containment efforts, local evacuation orders, and fires by location.
Oregon: The state’s Department of Forestry has a map of large active fires, along with historical fire information.
Pacific Northwest: The Northwest Interagency Coordination Center is a good hub for fire maps covering Oregon and Washington, along with up-to-date information. Ditto for the Northwest Fire Science Consortium.

Finally, if you just want a sense of the scale of these wildfires, see below for what they look like from space.

Today’s satellite loop over California. Continuing to see an enormous amount of smoke from the #CreekFire in Fresno County. #ElDoradoFire and #ValleyFire burning in SoCal. Fires burning in Mendocino County to the north. https://t.co/EaSCC1y64F pic.twitter.com/1oxzWGPtRW 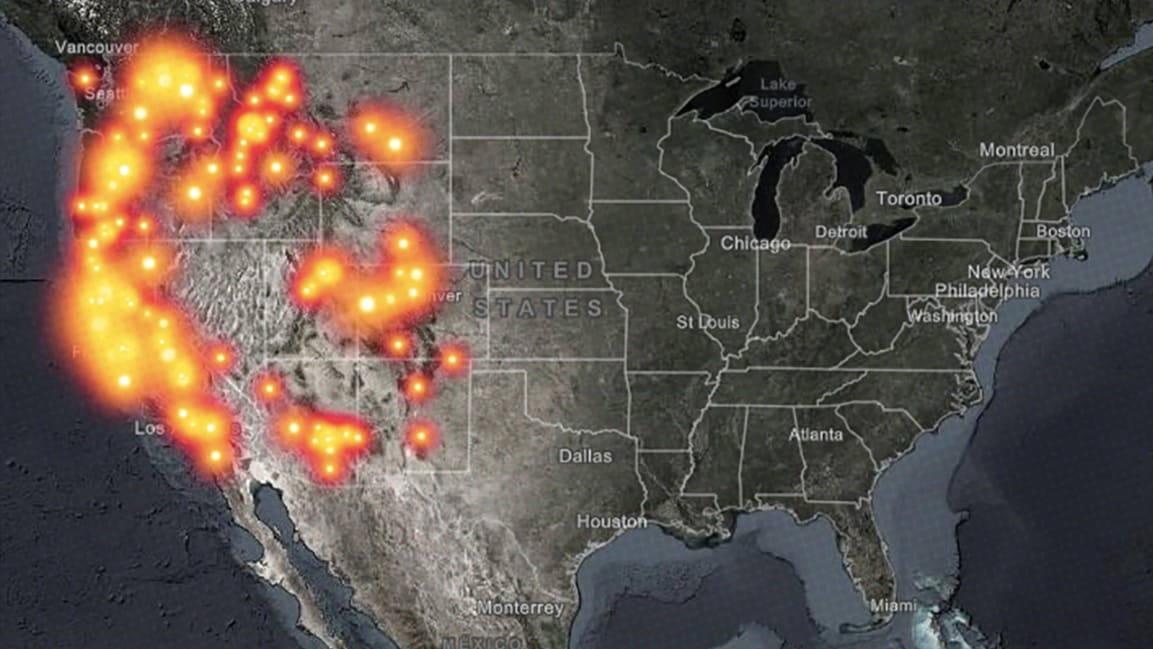