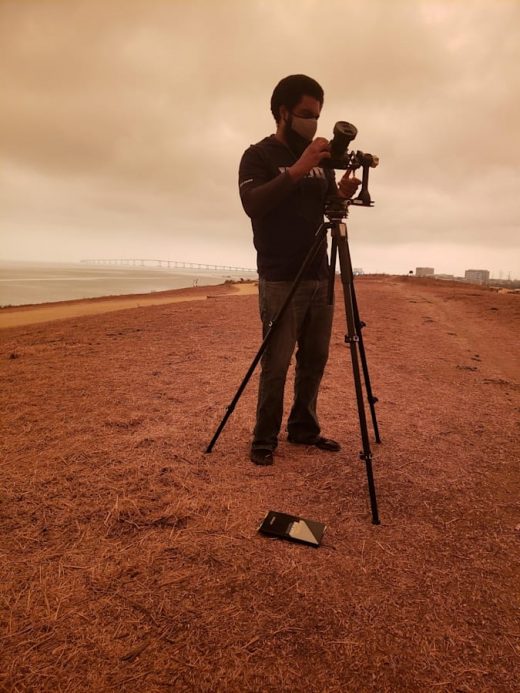 How California’s wildfire skies ended up in ‘Call of Duty: Vanguard’

In the summer and fall of 2020, smoke filled the skies above San Francisco, hanging heavy over the coast and bathing the city in an eerie orange glow. Massive wildfires were tearing across California, eating up piles of dead trees on the mountains and razing nearby housing developments. By the end of the year, 33 people would be killed in fires across California and 2020 would go down as the largest wildfire season in the state’s modern history.

Cecil Powell was living and working in the area at the time, helping develop Call of Duty: Vanguard as a senior lighting artist at Sledgehammer Games. For days on end, he and his teammates would wake up to a red-tinged world filled with ash, and then they’d sit in front of their computers and attempt to recreate the ravaged landscapes of World War II. As a lighting specialist, one of Powell’s jobs was to build the skies above Stalingrad, a bloody city scene marked by bombed buildings and raging fires.

Fires — just like the ones burning across California, painting the Bay Area a Martian red.

“It was a pretty weird feeling,” Powell told Engadget. “But I remember talking to the team about it, and we were actually thinking, man, it kind of feels like war time. Like destruction.”

Call of Duty as a series has found years of success turning tragedy into entertainment, using the real-world horrors of war to build lifelike digital playgrounds for soldiers, snipers and spawn campers alike. To Powell and the Sledgehammer crew, the orange skies caused by the fires in California made for natural, serendipitous source material, especially since color photography wasn’t ubiquitous during WWII. Powell’s Vanguard reference photos were all in black and white.

The Sledgehammer team agreed that it’d be a good idea for Powell to capture images and light readings of the fiery California skies to use in the Stalingrad level, but they were concerned about his health. After all, the air looked radioactive. So, Powell bought an air-quality monitor, tested it outside and got the green light. He did some quick research and discovered that marine wind patterns in the Bay were pushing the smoke up and circulating fresh air on the ground, and the all-consuming toxic glow was simply due to light refracting through the clouds.

“As soon as I found that out, I grabbed all the camera gear that I had from work and ran out, and decided I was just going to capture this because it was a once-in-a-lifetime opportunity,” Powell said. “I’ve never seen anything like this before and I hope I never see anything like that again, to be honest. Because, you know, it’s pretty sad to think about what is causing it. And I remember while I was out there, no one was really outside walking around.”

Powell made this trek in September 2020, at the height of California’s wildfire season and in the midst of the global COVID-19 pandemic. The city was largely shut down, streets abandoned, hot smoke collecting above empty buildings. He headed toward the coast.

Powell set up his camera and captured a panorama of the sky, and also took some light readings. His girlfriend at the time came along and he asked her to document the process, for history’s sake.

When he brought the photos and readings back to Sledgehammer, “everyone was shocked at actually what it did to the lighting in the level,” Powell said. “The sky’s the most important thing lighting-wise, because for exterior lighting, it really sets the mood and the tone for levels. And when we brought it in, we’re like wow, this actually looks pretty good for coming from such destruction.”

Powell’s wildfire captures are used in the Stalingrad level, one of the only theaters in the game to feature a full city destroyed by bombs and flames. The light throughout the level glows a hellish orange, just like the coasts and valleys of California last year.

“Nature to me is the best artist, you know?” Powell said. “If you can replicate that, you’re pretty much winning.”

The Stalingrad level may be an automatic win for Powell, but everyone else is still going to have to shoot their way through it when Vanguard comes out on November 5th. 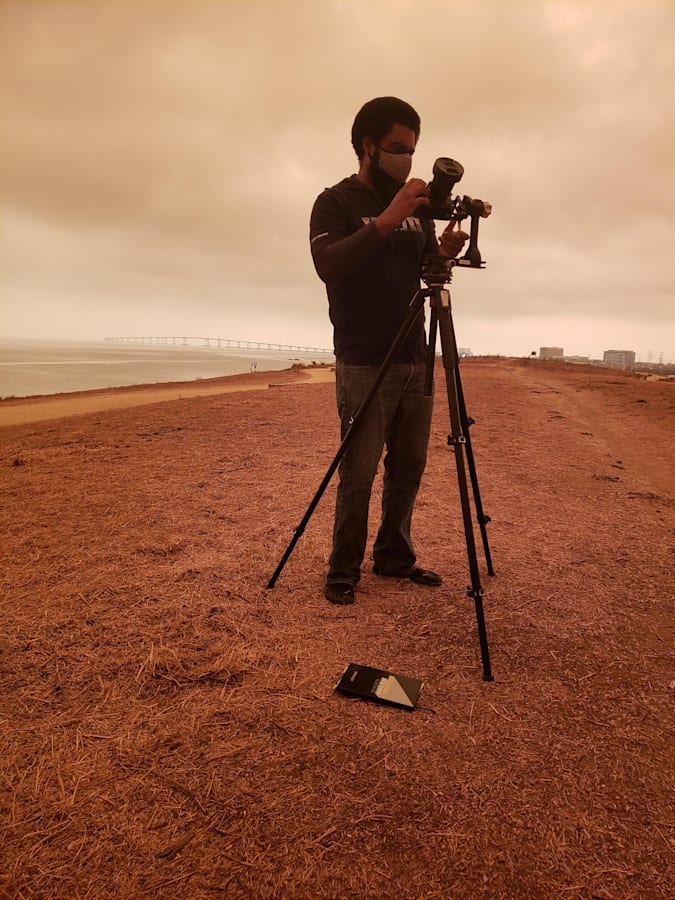