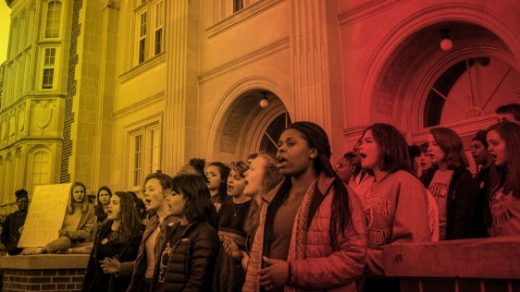 Can students be suspended for gun-control school walkouts? Here’s what the ACLU says

In the wake of last month’s mass shooting at a Parkland, Florida, high school, students at more than 2,500 schools across the United States are walking out of class in a nonviolent protest against lax gun laws.

It is the sort of civil disobedience that is typically protected under the First Amendment of the Constitution. However, when it comes to free speech in schools, it gets a bit complicated. While the U.S. Supreme Court has said that students do not shed their constitutional free-speech rights “at the school house gate,” schools may, in fact, punish a student’s speech or expression if it causes a “material” or “substantial” disruption on campus, according to the American Civil Liberties Union.

Plus, students are usually required to attend school, and they can be disciplined for walking out and missing class.

In those terms, a walkout walks the line as a protected act. That’s why some schools are threatening suspensions for what would otherwise be a constitutionally protected protest, and some students are concerned that they will be suspended. Luckily, many colleges took to Twitter to assure students that they won’t hold today’s protest against them when making admissions decisions.

When school superintendents in Virginia, Texas, and Nevada, threatened to suspend students or withhold diplomas for walking out, the ACLU sent letters defending students’ rights.

“These forms of punishment far exceed those permitted by statute and are constitutionally suspect,” the ACLU of Nevada wrote. The group recommends  that students study their school’s policies on protests and then try to work with the school to create a protest that makes their message heard loud and clear without the risk of suspension.

If schools are overzealous in their efforts to shut down protests, the ACLU will most likely be there to help students protect their constitutional rights. 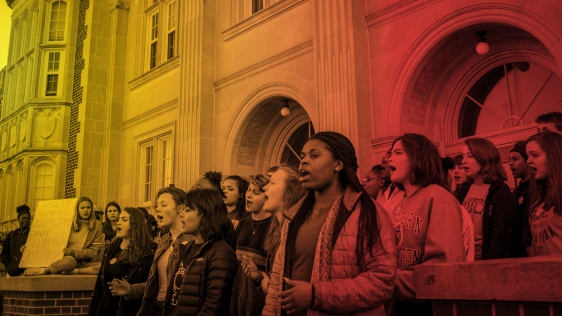