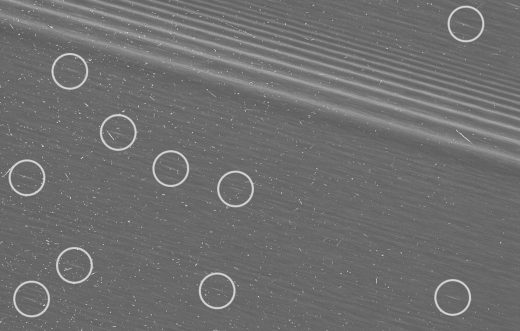 NASA has released high-resolution close-up images of Saturn’s outermost rings captured by Cassini as part of its penultimate mission. The spacecraft has been diving in and out of the rings every week since November, taking images that show features as small as 550 meters or around the same size the world’s tallest buildings. That might not sound small from our perspective, but don’t forget Cassini is taking photos of another planet. In the image above, the encircled parts show features called “propellers,” which are bright disturbances caused by the gravity of moonlets embedded in the ring.

Cassini also captured images of “straws” or temporary clumping in the rings caused by gravity from a group of embedded objects. It took photos of density “waves” and “wakes,” as well — take note that the spacecraft captured all these images in visible light using its wide-angle camera on December 18th, 2016. Cassini first showed us these features back when it reached Saturn in 2004, but these new images are twice as sharp and clear than what we’ve seen before.

We can probably expect more ring photos in the next few months as Cassini continues to move nearer towards Saturn. The spacecraft will dance in and out of the gap between the planet and its rings in late April for 22 times before it bids farewell by plunging into the gas giant. 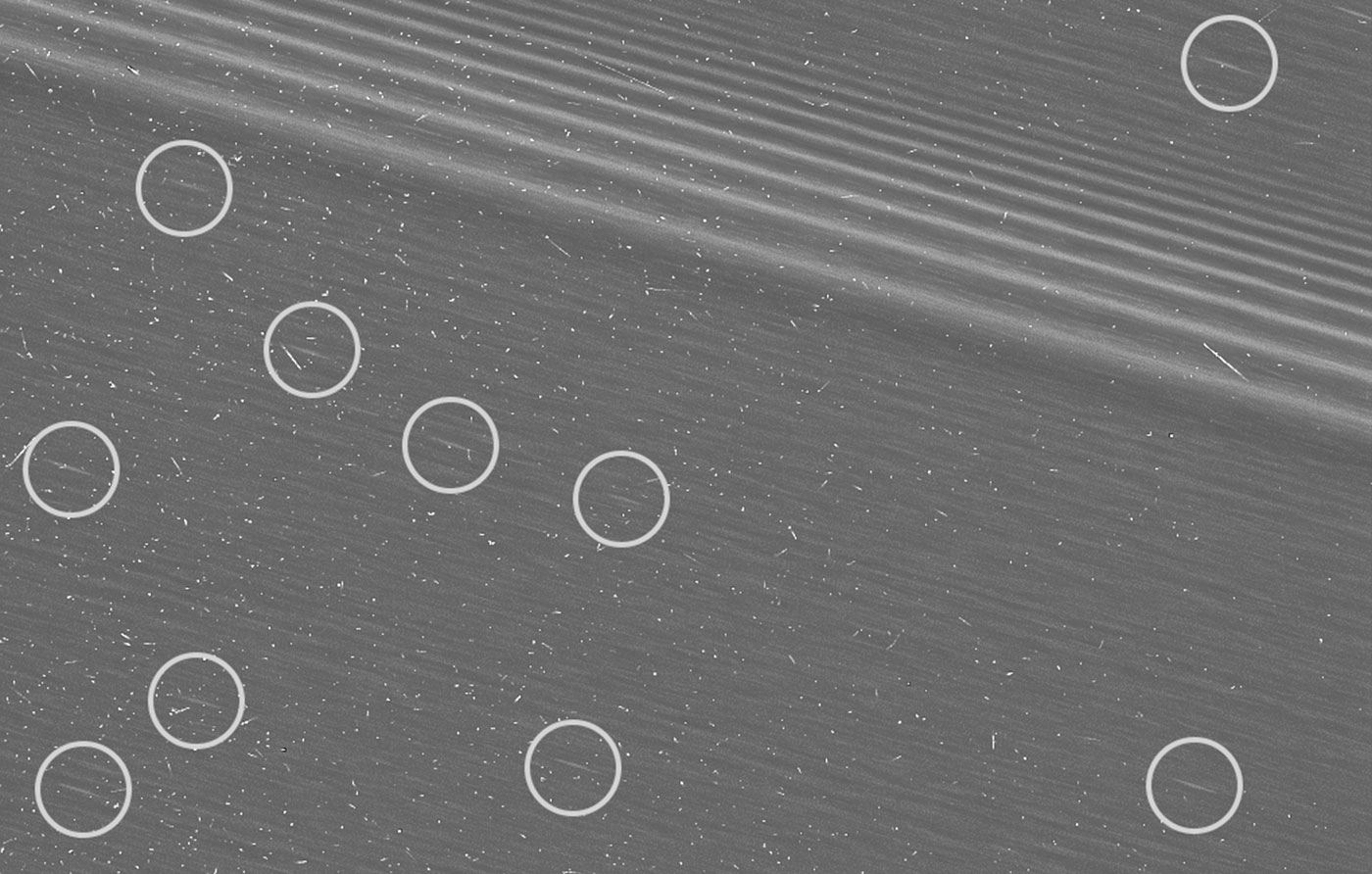