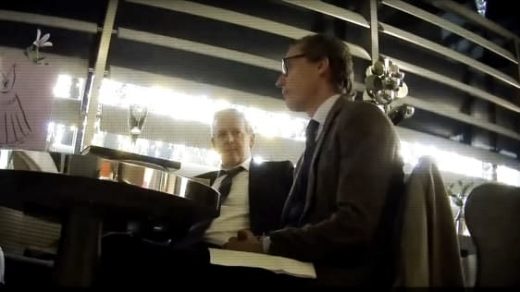 Facebook admitted late Friday that the data analysis firm that helped Donald Trump’s campaign, Cambridge Analytica, misused the platform’s data. That determination—based on a whistleblower’s accounts to reporters—has outraged lawmakers and led investors to flee Facebook’s stock in droves. Amid the fallout, we’re also learning more about what exactly the mysterious data company does outside of the U.S.

The U.K.’s Channel Four has released a bombshell report, offering firsthand footage showing how Cambridge Analytica pitches itself to potential clients. The news organization sent a man posing as a wealthy Sri Lankan trying to get candidates elected in his home country. He met with multiple higher-ups at the data firm, each of whom upped the ante about the power of the company’s offerings. According to the Financial Times, Cambridge attempted to prevent the broadcaster from airing the report, which ran on Monday night.

Later in the evening, reports emerged that regulators were seeking a warrant to search the company’s servers.

Among its claims, Cambridge Analytica told Channel Four that it would use shell companies to establish a secret presence in the country in which it’s contracted to work. These hard-to-track entities will set up information campaigns for Cambridge Analytica’s clients. “We just put information into the bloodstream of the internet… and then watch it grow,” the company told the undercover reporter.

Beyond that, the firm’s CEO Alexander Nix told Channel Four that his company can perform opposition research as well as see out covert missions to embarrass political foes. This includes sending people to entrap and record other candidates, and then spread the footage online. Nix even said he could send “Ukranian girls” to a candidate’s house as a way to gather damaging intel. Nix added that the company makes use of its relationships with multiple intelligence agencies from around the country to perform these missions.

Cambridge Analytica also described the kind of content it created and sent to the unknowing masses as subtle and persuasive. The key, according to them, is making it not look like propaganda.

The company has also denied spreading fraudulent news stories. But Nix said that pushing the emotional buttons of voters does sometimes involve fake news. “I mean it sounds a dreadful things to say, these are things that don’t necessarily need to be true as long as they’re believed,” he said.

Started in 2013 as the American operation of SCL, a political consultancy and defense contractor, the company received millions in investment from Republican super donor Robert Mercer, and played a role in a number of Republican campaigns in 2016. But its specific role in President Trump’s election and Brexit has been widely debated—the company denies that it was involved in the “Leave” vote, despite evidence to the contrary—and many have questioned its ability to use psychometrics to target voters along emotional lines.

Aside from elections in Mexico, the Czech Republic, India, and elsewhere, the firm was also used to help the campaign of incumbent Uhuru Kenyatta in last year’s highly controversial Kenyan elections, which, like the U.S. and U.K. elections, was riddled with increased claims of fake news and misinformation. Cambridge has denied spreading fraudulent news stories, and a spokesperson told Channel Four that it does not use bribes or any other form of entrapment.

In addition to previously denying that it used psychographic techniques or that it used data harvested from millions of Facebook users, Alexander Nix also told U.K. lawmakers that his company had “never worked for Russia.” Reports in The New York Times and The Guardian appear to contradict that claim.

Cambridge Analytica has long touted its ability to micro-target populations. For many, it seemed like one of the real propellants behind fake news–the firm claims it knew how to find divisive issues and published ads that further ignited these divisions. It maintained that both the data it captured and its practices were completely kosher, all part of a new approach to analyzing voters and speaking to them according to predictions about their true behavior.

The firm’s own behavior has already sparked a series of investigations. Regulators and lawmakers in the U.K. and U.S. Congressional committees have already been investigating the firm’s work, and Facebook announced that it’s hiring an outside consultant to audit how the data firm used its platform.

You can watch part 2 of Channel Four’s exposé here. 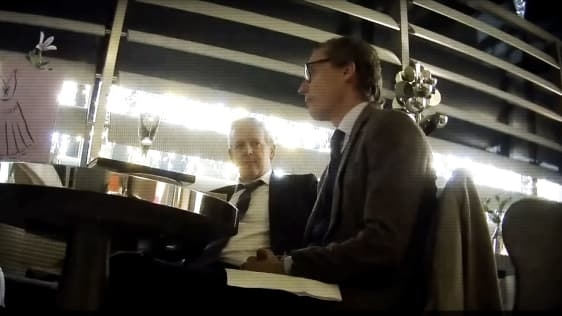