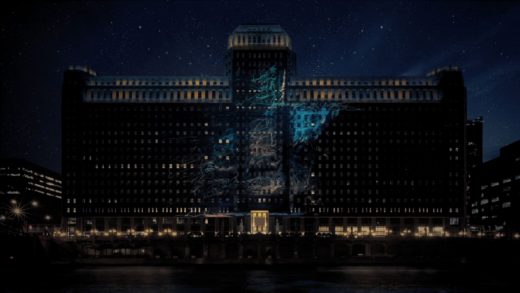 Chicago is getting the world’s largest permanent digital art installation

Paris may lose its title as the City of Lights when a new art exhibition opens in Chicago.

The display will transform Chicago’s iconic Merchandise Mart building into the world’s largest permanent digital art installation. Called Art on theMART (you know, for theMART building), the project uses 3D architectural mapping to display art via 1 million lumens on the building’s massive facade. And massive may be an understatement: When it opened, the 1930s art deco building was the largest building in the world. It has a facade that extends 108,900 square feet, or 2.5 acres, along the Chicago River, which gives artists plenty of room to work on. To turn the building into a canvas, the artists will use 34 individual projectors to illuminate the building.

The companies behind the coming art-meets-architecture display include Chicago architecture firm Valerio Dewalt Train Associates in collaboration with the San Francisco-based Obscura Digital, who are known for their large-scale projections on the Guggenheim Museum, Sydney Opera House, and the Vatican.

The public installation launches Saturday, with a 35-minute-long video program that will culminate in a pyrotechnic show. After that, the Windy City will go City of Lights for up to two hours a night, five days a week, 10 months out of the year (March through December). 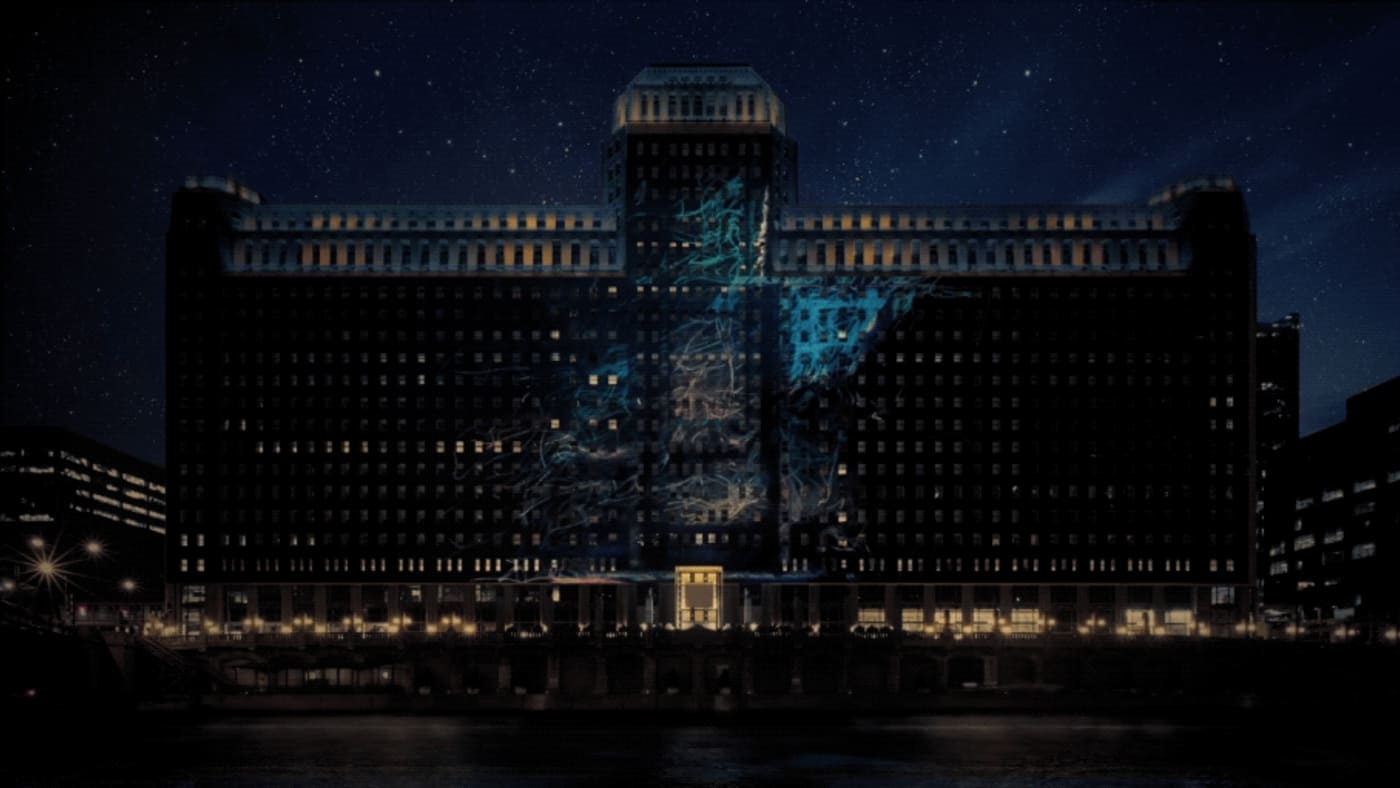