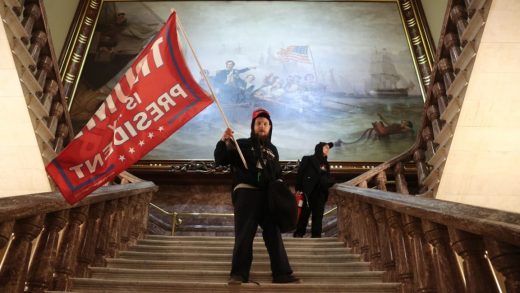 In the midst of discussions leading up to the counting of the electoral votes on Wednesday, pro-Trump demonstrators broke through four layers of security fencing and entered the Capitol building in a stunning escalation of aggression.

Both houses of Congress abruptly stopped floor debate. In the House of Representatives, security people could be seen trying to restore order, and police could be seen moving by out in the hallway. Reports confirmed later that the House chamber had indeed been breached by a group of Trump supporters, one of whom yelled into the chamber “Trump won this election.”

Meanwhile, Vice President Mike Pence was escorted from the Senate Floor. House Speaker Nancy Pelosi also left her seat in front of the House. Lawmakers were speedily escorted to secure locations within the Capitol Building.

Protesters are fighting with Capitol Police and Secret Service within the capitol building. pic.twitter.com/NiJq8huKl2

President Donald Trump gave a speech today at a “Stop the Steal” event that was widely promoted on social media. At the end of the speech, the president reportedly urged his supporters to converge on the Capitol. After the demonstrators converged on the Capitol Building, Trump sent out a tweet exhorting them to “support the Capitol Police and Law Enforcement.”

Beginning Monday, Trump supporters began gathering en masse in Washington, D.C., to protest the counting of the electoral votes that were already certified by the states, a process that is usually seen as ceremonial.

The city of Washington had already called in National Guard troops to protect the public, but they were nowhere to be seen near the Capitol as the building was breached.

BREAKING: Trump supporters have breached the Capitol building, tearing down 4 layers of security fencing and are attempting to occupy the building — fighting federal police who are overrun

This is the craziest thing I’ve ever seen in my life. Thousands, police can’t stop them pic.twitter.com/VVdTUwV5YN

Today’s events are shocking, but seem less surprising through the lens of social media, which has been promoting today’s convergence on D.C., and the use of violence, for weeks. 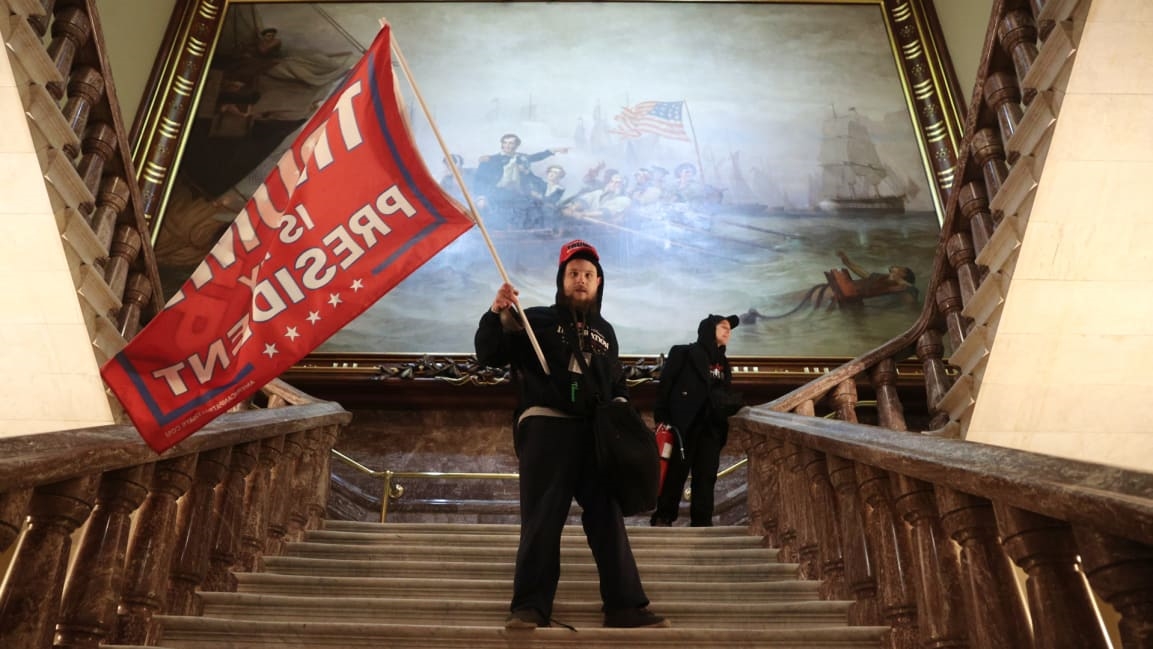