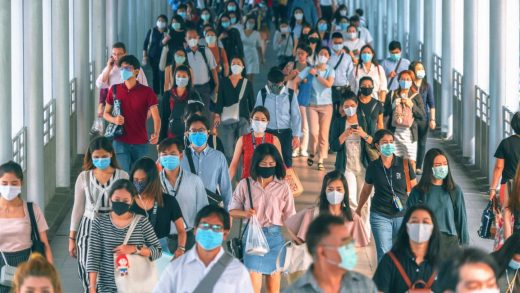 When COVID-19 started to spread from China to other countries in late January, it seemed like Thailand—a popular destination for Chinese tourists, including thousands who had traveled from Wuhan that month—might be hit hard. But as of early June, the country has had only a little more than 3,000 confirmed cases and 58 deaths. In the U.S., the death rate per capita is more than 450 times greater.

Several factors likely slowed the spread of the virus in Thailand, including partial lockdowns, contact tracing, and community health volunteers who helped track the disease throughout the country. But one seemingly key factor was the use of masks, which became prevalent there even as the World Health Organization was saying that they weren’t needed (the WHO has since reversed course). Even now, with only a handful of new cases being reported, 95% of Thailand’s residents report wearing masks when they’re in public. A new study that looked at global data found that countries that required masks early in the outbreak, or where people quickly adopted them, as in Thailand, have had death rates 100 times lower than projected.

“We looked at the data from 198 countries around the world, and we looked at mortality from coronavirus,” says lead author Christopher Leffler, a physician and professor at Virginia Commonwealth University. “What we found is that the countries that introduced masks quickly—that is, before the outbreak had much of a chance to spread within their country—had a much lower mortality.”

The study, which has not yet been peer-reviewed, found that some factors, including the local rates of smoking and obesity, urbanization, older populations, and colder average temperatures, were associated with more COVID deaths. Restrictions on international travel were associated with fewer deaths. And mask wearing had a very clear impact. Countries with widespread mask wearing saw mortality rates grow 8% a week, on average, versus 54% growth in other countries.

It’s something that couldn’t have easily been studied in the past, since the comparison had to look at entire countries and wait for the pandemic to progress. “If you really want to know all of the benefit, you have to look at a whole population,” Leffler says. “If I wear a mask, it protects you. If you wear a mask, it protects me. So in the countries wear 95% or more of the people wear a mask, the other 5% still got benefits, because they were in a country where the virus just couldn’t spread.”

Many countries quickly began widespread use of face masks, including Taiwan, which researchers from Johns Hopkins had predicted in January might be the hardest-hit country in the world after China (as of now, Taiwan has had seven deaths in a population of 23.78 million). Sierra Leone quickly adopted masks. So did Zambia, Venezuela, Slovakia, and others around the world. But other countries, including the U.S., adopted masks much more slowly.

In April, the CDC recommended that Americans should wear cloth masks in public, after the government had previously discouraged Americans from mask wearing. The agency is expected to issue new guidance shortly. But many Americans still resist wearing them. Leffler thinks that may change. “I think that you can see the tide turning, and you can see more and more acceptance in the scientific community of the benefit of masks,” he says. “And I think that is going to filter down to the public as well . . . I can only see it moving in one direction, and that’s in favor of greater acceptance of masks.”

The masks don’t have to be medical grade to help. While Taiwan, a mask manufacturer, supplied citizens with the highest-quality masks, other countries that relied on cloth masks also saw benefits when the mask use was widespread. “If you’re a doctor taking care of a patient with COVID, you need personal protective equipment that’s pretty close to perfect, because it’s got to work close to 100% to protect you,” Leffler says. “But if you talk about what people need out on the street, even if it’s a mask that only blocked half the transmissions, that’s going to have an enormous effect. If you go 10 generations through the propagation of the infection, two to the 10th power is 1,024. So even if it only blocks half the transmissions, it’s going to block almost all of the spread of the virus as you go further in time.” 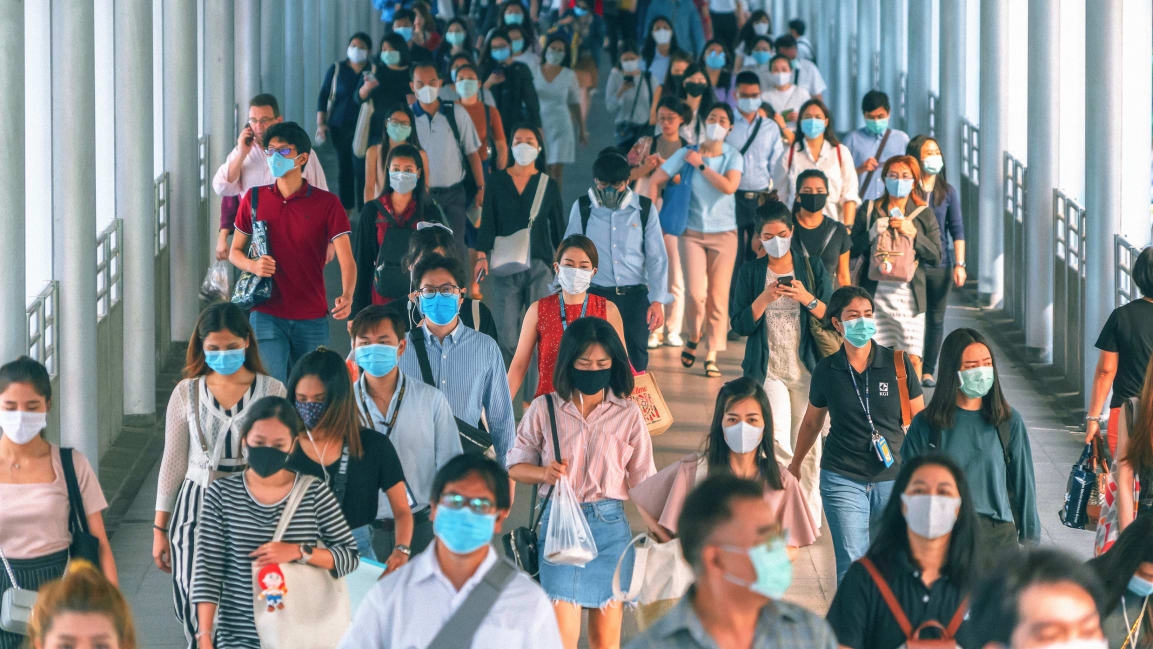