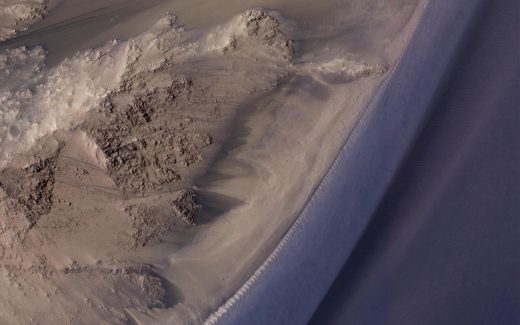 Dark streaks on Mars may not be caused by flowing water

In 2015, scientists analyzing mysterious dark streaks on the surface of Mars found evidence that they were formed by liquid water — an exciting discovery that meant microbial life might be supported on the planet. But new findings published this week in Nature Geoscience suggest it might not be liquid water after all.

The dark streaks in question are known as recurring slope lineae (RSL), first spotted in 2011, and they’re found on Martian hills. Intriguingly, they come and go with the seasons, which is one of the reasons why water was suspected to be involved. But in 2016, researchers using the Mars Odyssey’s Thermal Emission Imaging System found that there was probably very little water in those dark streaks — just above 3 percent by weight, which is about the same level of dryness as the Atacama Desert.

The new findings out this week support that assessment. Using the High Resolution Imaging Science Experiment camera attached to the Mars Reconnaissance Orbiter, researchers found evidence that the streaks were more likely caused by shifting sand and dust, not flowing water. The scientists observed that the streaks were only found on steep slopes — steep enough for solid matter to slip downhill — whereas if water were the culprit, the streaks should be found on less steep hills as well.

Though liquid water may not be the cause of the RSL, water probably still plays a role. Researchers have already discovered hydrated salts in the RSL — salts with water molecules trapped in their crystal structures — and that could explain why the streaks appear during warmer times of the year and go away when it gets cold. But the new study says “liquid water volumes may be small or zero.”

What’s clear though is that Mars has some interesting geology and figuring out how much water it has, when it had more of it and where is an ongoing investigation. “RSL probably form by some mechanism that is unique to the environment of Mars,” Alfred McEwen, a researcher on the project, said in a statement, “so they represent an opportunity to learn about how Mars behaves, which is important for future surface exploration.” 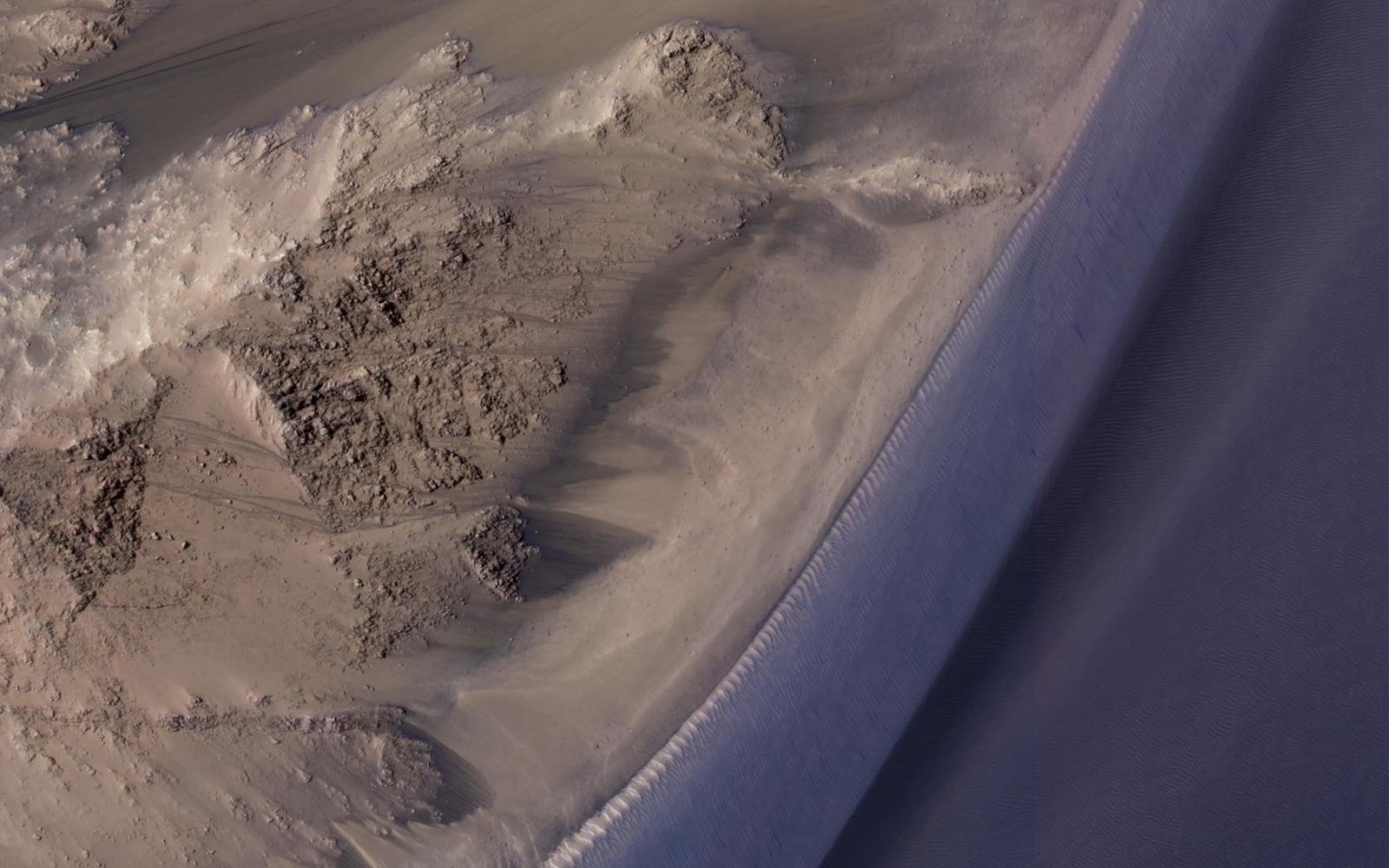