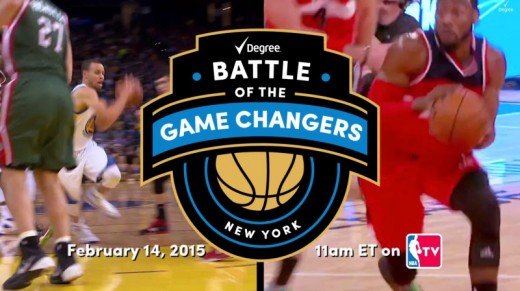 During the challenge, the pair will complete several tough shots, culminating with a “Fan Shot” which will be determined by fans using a Twitter Card vote. The brand has been promoting the event with several tweets, many with embedded video:

Watch what @StephenCurry30 and @JohnWall have to say about the 2/14 Battle of the Game Changers https://t.co/XiEpVF7rIY

Vote for the shot @StephenCurry30 & @JohnWall will take in The Battle of the Game Changers. http://t.co/KV90TkHchE pic.twitter.com/aKZf4CdlQs

The Battle of the Game Changers is almost upon us. Are you on #TeamCurry? https://t.co/hwc08T20cp

And both Wall and Curry have taken to taunting each other about the game with videos on their individual Twitter accounts:

The brand is also promoting the game on its Facebook page: 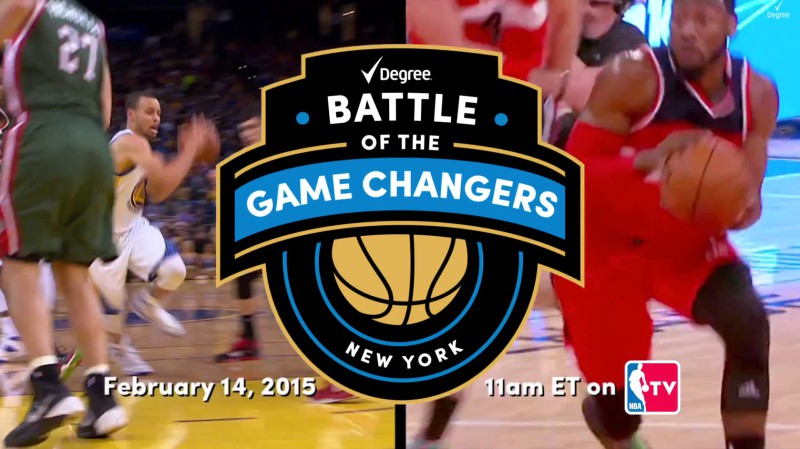