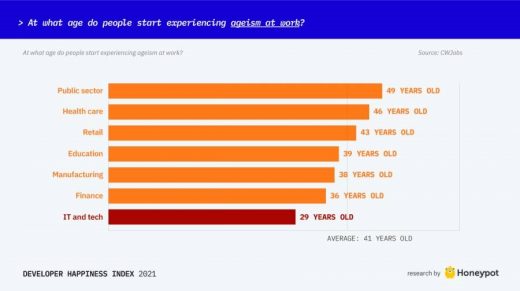 Developer Happiness – 7 Things I Learned About What Makes Developers Happy

Developer Happiness – 7 Things I Learned About What Makes Developers Happy 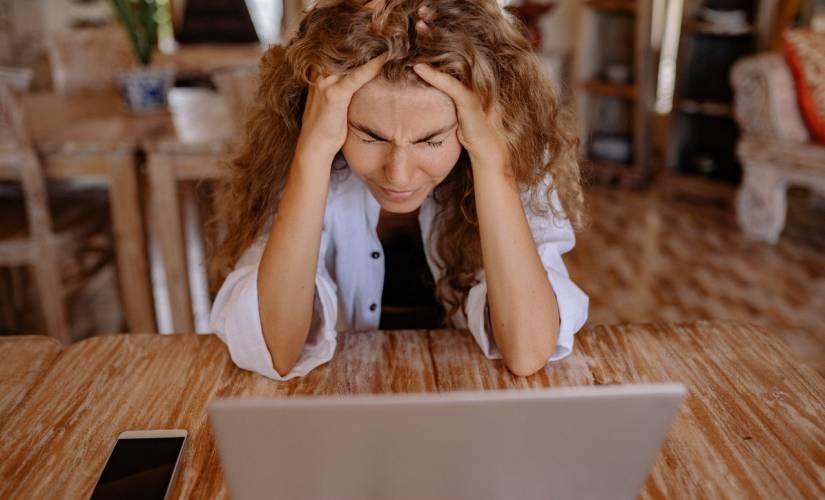 Every CEO who leads a company that has something to do with Digitization is dependent on the availability of tech talent and tech recruiting — making it a key factor for the companies success. It is a contested market due to the lack of skilled workers. To get the best developers, you need to attract them with what really matters to them. Here are seven things I learned about software developer happiness.

I’ve spent a lot of time thinking about that question over the last five and a half years. Happiness is a fascinating subject; it drives so many of our life outcomes, from health to wealth, and yet, we often don’t understand it, let alone prioritize it. 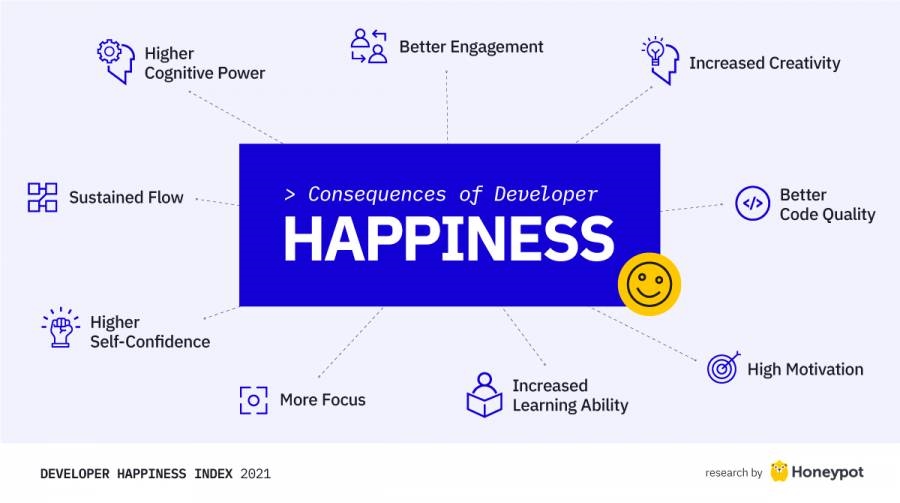 To give more weight to the topic, we asked 4,000 developers from 98 countries to evaluate their happiness across four key areas: career, quality of life, social freedoms and community.

And so the Developer Happiness Index was born. Here are just seven of the things I learned about developer happiness from working on the report.

Happiness affects a lot for developers — even their code quality

Believe it or not, developer happiness is an academic field of study, a small niche within the broader study of happiness. Through scholars’ work, we know that happy software developers are more productive, write better code, and make better decisions.

Our results found that developers, on average, self-evaluated their happiness at 61 points out of a potential 100, 4 points less than the average OECD citizen. Hard to say if the comparison is fair, given the different data sets, but it suggests developers are not yet prioritizing their happiness.

Unemployment is destructive to people’s wellbeing

Since we spend a lot of our lives working, work inevitably plays a key role in shaping our happiness levels: work can make us happy or unhappy and our happiness impacts our performance.

What is perhaps less appreciated is that unemployment itself is destructive to people’s wellbeing. This is one of the most robust findings in the study of happiness — it is true across age, gender, and location, according to the World Happiness Report.

Employed people are happier and have less negative emotional experiences in their day to day lives. Further, non-monetary aspects of employment, such as social status, social relations, daily structure and goal achievement, are key drivers of happiness.

Developers in Northern Europe are the happiest in the world

We found that developers from Northern Europe are the happiest in the world. Nordic countries dominate the rankings: Denmark, Norway, Finland, and Sweden all occur in the top ten. Canada ranks joint 8th with Germany and is the only non-European among the top. 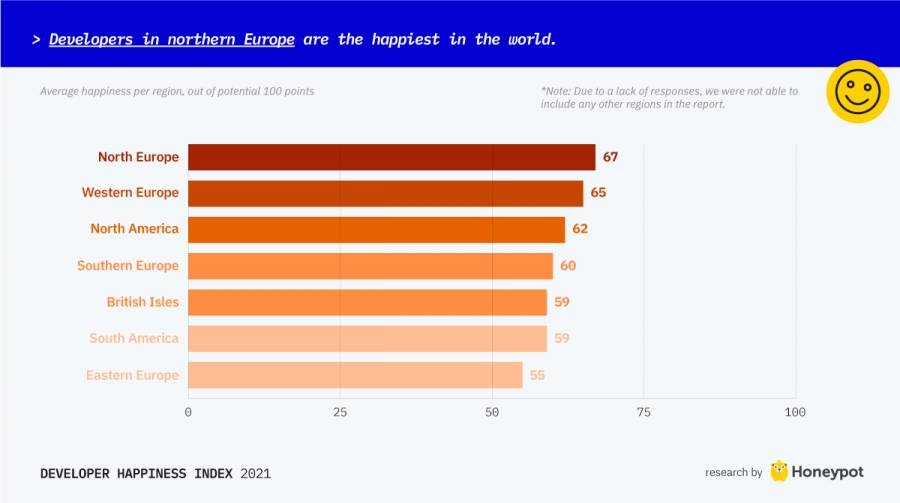 Note: Due to a lack of data, we could not include other regions in the report

Given our sample’s limitations, we compared the findings to the World Happiness Report 2020 (WHR) to check for veracity. Our results are fairly consistent with the report — seven of the top 10 countries are shared across both sets of data. Germany, Canada, and France, which rank 8th, 9th, and 10th in our results, appear 17th, 11th and 23rd respectively on the World Happiness Report. The dominance of the Nordics in both reports is a striking similarity. 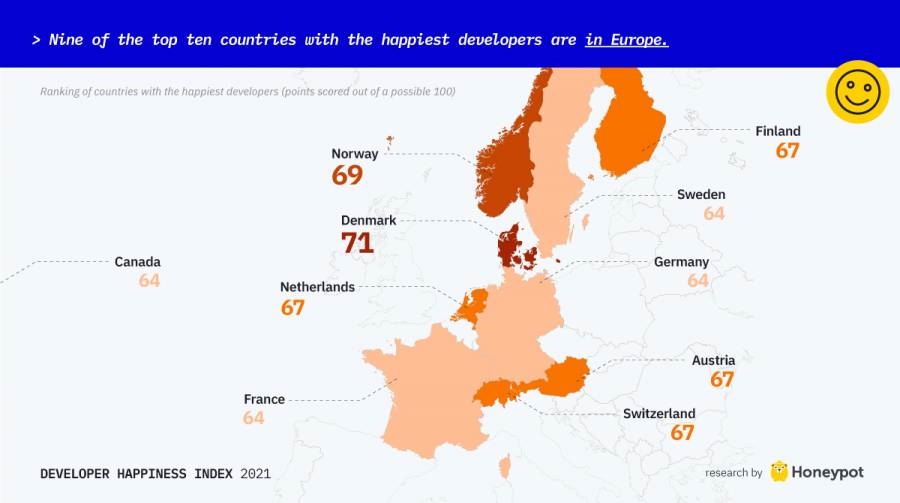 The World Happiness Report attributes the Nordic populations’ happiness to “the quality of institutions, such as reliable and extensive welfare benefits, low corruption, and well-functioning democracy and state institutions.” Indeed, sustained happiness is connected to a high perceived level of stability and democracy.

Relationships and personal autonomy are also important factors moderating happiness. According to the WHR, “Nordic citizens experience a high sense of autonomy and freedom, as well as high levels of social trust towards each other, which play an important role in determining life satisfaction.”

Stability and well-functioning institutions combined with personal freedom, safety, and autonomy seem to be the recipe that determines happiness in the countries which top both our index and the WHR.

Northern European developers, who work the shortest hours, are also the happiest. However, Western Europeans and North Americans, who are second and third most happy respectively, work longer hours — significantly longer in the case of Americans. 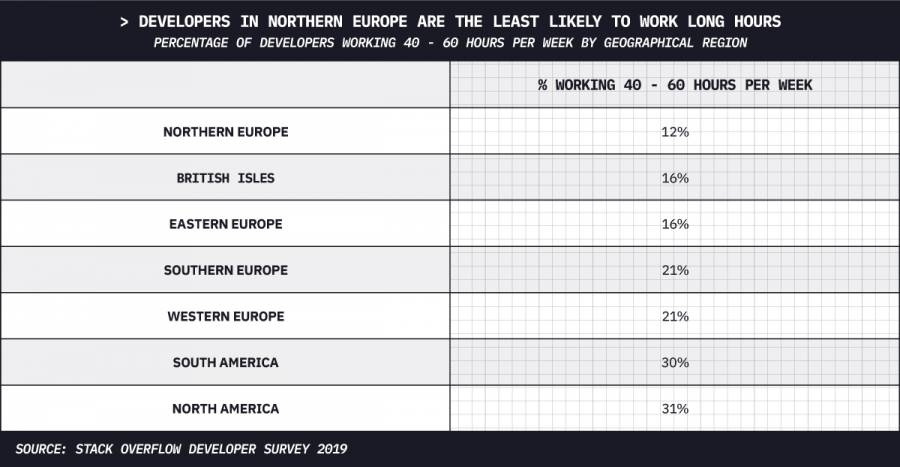 Trust and flexibility are big contributors to the developer’s happiness with work-life balance. Northern European cultures excel in collaboration, consensus-based decision-making and strong trust between colleagues.

To maintain happy developers, we found it essential to promote a healthy work-life balance and live it. Employers should train and encourage supervisors to be positive role models and offer practical and emotional support in work-life balance topics. 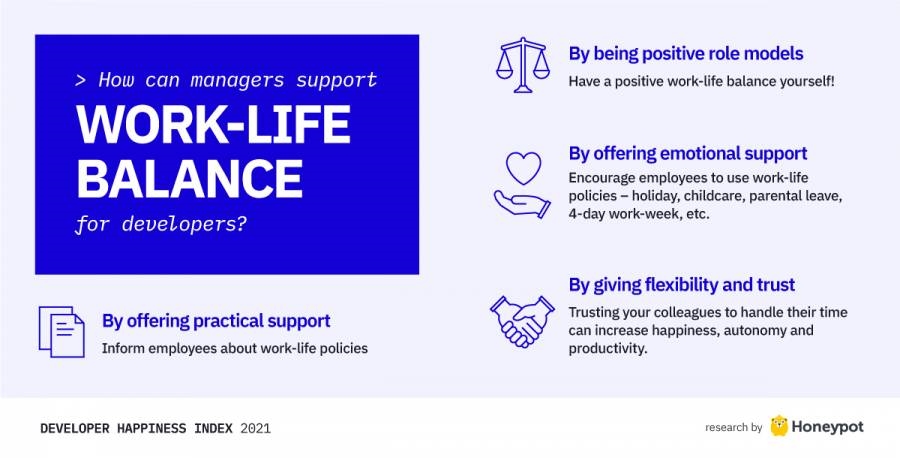 Team, management and recognition are keys to happy workplaces

Given the collaborative nature of software development, it’s no surprise that developers care deeply about the team they’re on. When describing happy work environments, team, management and recognition were the factors that matter most to developer happiness. 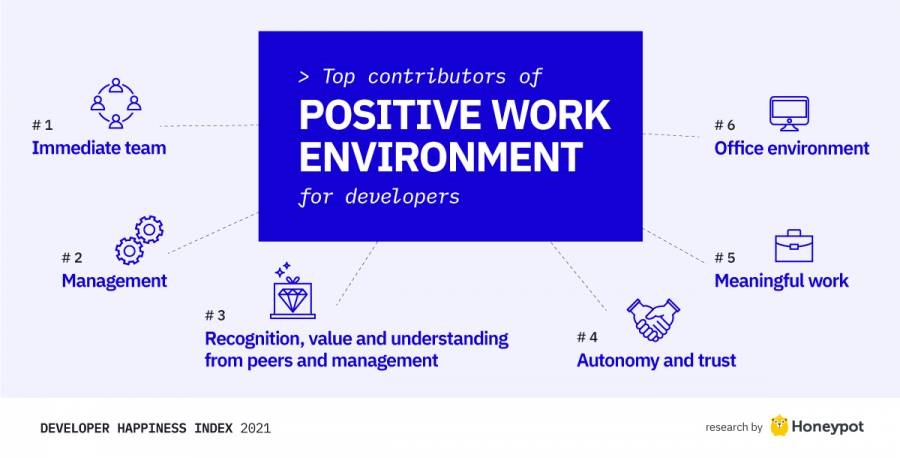 Developers say they want to be part of “passionate,” “diverse,” “cooperative,” and “supportive” teams. They expect responsibility to be shared, team members to be open to knowledge-sharing and product colleagues to be process-driven and focused.

Engineering’s relationship with Product can fuel productive, creative solutions or developers can see it as a major obstacle in building stable and valuable products. Collective responsibility and high trust – not just amongst engineers, but among the broader team – is desired by many:

“I value respect among co-workers and owning up to failure as a team rather than pointing towards a specific person or department. For example, not blaming just the QA team for a site-breaking bug making its way to production since multiple failures by multiple parties need to occur for this to happen.”

Management and recognition were also sticking points for developers in our survey. Developers state that they would “rather work for a good manager but use a bad tech stack” than vice versa; “poor management can make people change jobs or give up altogether,” and “the pay is decent, the tech stack is lacking, but my manager does not inspire or promote progress, so I am leaving.” 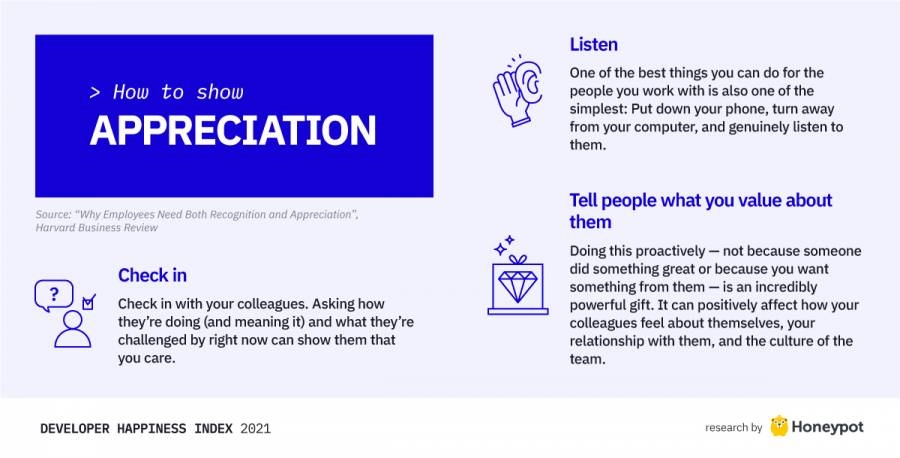 We found evidence of the gender pay gap in all territories for which we had sufficient data. The largest pay gaps are in North and South America, where the difference between male and female developers’ pay is 21% and 35%, respectively. 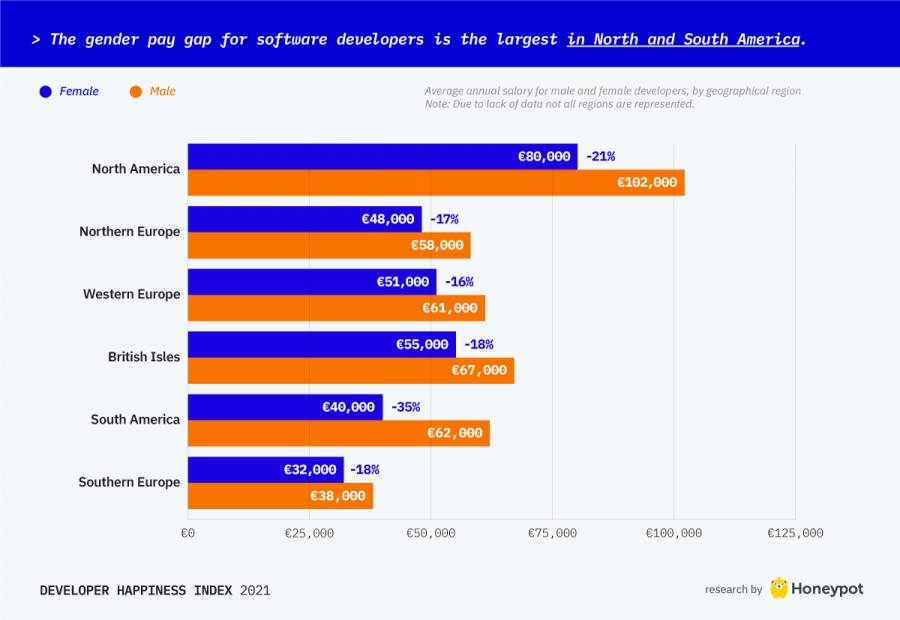 Ageism in tech starts at 29 and the older developers get, the less happy they are

The older a developer is, the less happy they tend to be, particularly in factors related to the working environment and company culture. 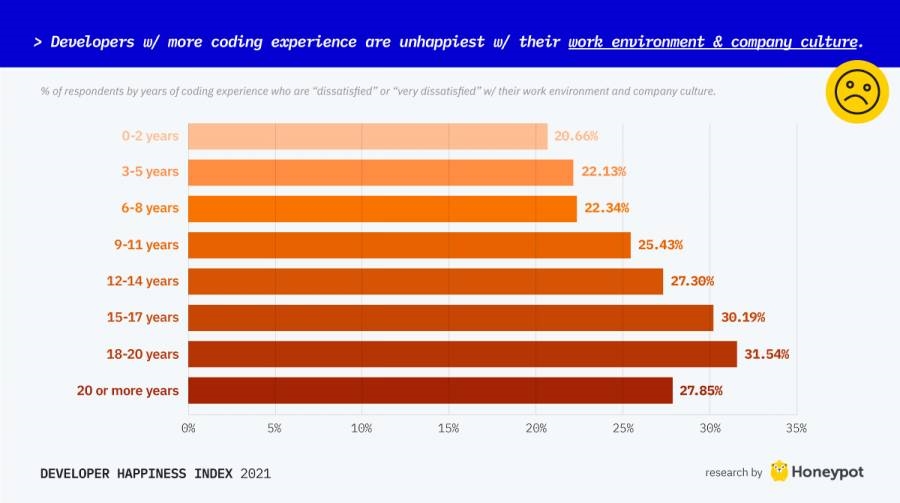 Perhaps not surprising since much of tech company culture is built around younger groups. According to research, the average age that tech professionals begin experiencing ageism is at 29 years old, compared to 41 years old on average across industries. 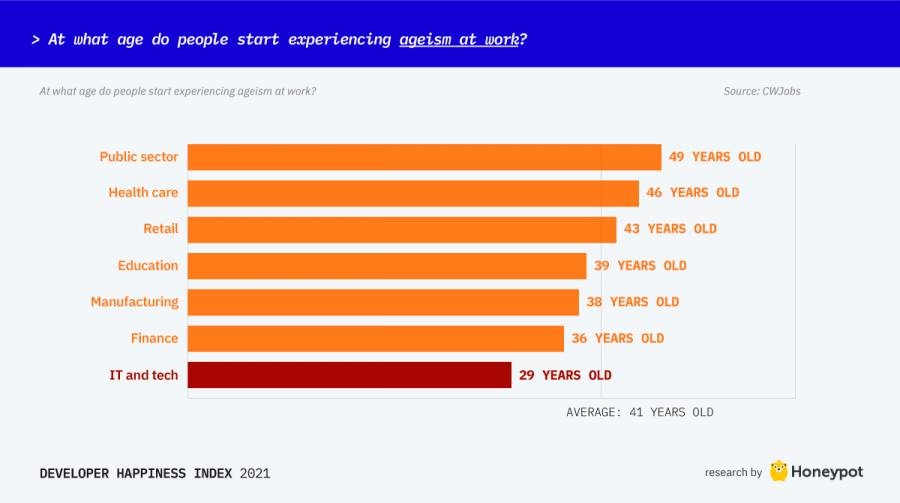 The post Developer Happiness – 7 Things I Learned About What Makes Developers Happy appeared first on ReadWrite.

Born in Dublin. Worked as a journalist in Colombia and Ghana before founding Berlin based Honeypot in 2015. Honeypot is now Europe’s largest developer focused job- and community platform.