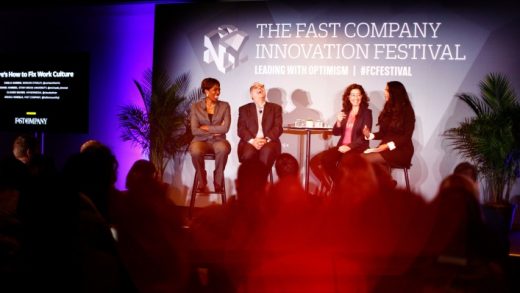 Diversity Experts Already See The Weinstein Scandal As A Watershed

Sociologist Michael Kimmel has studied men and masculinity for decades, but the public conversation following the flood of sexual harassment, assault, and rape allegations regarding film mogul Harvey Weinstein is, in Kimmel’s view, something truly new. “I think we are at a watershed moment where women are actually being believed,” Kimmel said at the Fast Company Innovation Festival on Thursday.

In contrast, he said, think back to Justice Clarence Thomas’s Supreme Court confirmation hearings, where “Anita Hill was not believed. They called her a ‘woman scorned.’ They said she made it up!” The #MeToo campaign that has swept social media originated with activist Tarana Burke more than a decade ago, but it took the revelations about Weinstein for the effort to explode in the mainstream.

And according to Kimmel, a SUNY distinguished professor of sociology and gender studies at Stony Brook University, that’s a sign that U.S. society is finally reckoning with the systemic nature of gender discrimination. The hashtag’s widespread resonance now sounds more than a note of solidarity among victims of sexual harassment, Kimmel believes, and it’s also being taken up by men as an acknowledgment of complacency and complicity. “If you say, ‘Me, too,’ that means, ‘It’s on me. I have to start thinking abut my behavior with women,’” says Kimmel.

Carla Harris, vice chairman and managing director of Morgan Stanley, agrees. “Just watch what’s going to happen in the next couple of years,” she said optimistically, speaking on a panel with Kimmel. Not only are many baby boomers now CEOs, says Harris, but they’re CEOs with daughters in the workplace, thinking to themselves, “Can I let this happen on my watch?” Of course, the “wives and daughters” argument has always been problematic; men shouldn’t need to be husbands or fathers in order to believe or empathize with women. But as Harris points out, it seems that many unfortunately do.

She points out that millennials and now even the first wave of gen-Zers are starting their own ventures. “For them, excellence looks like a diverse group of people,” says Harris, and “they will cause a drain on companies that have been around a long time,” leeching talent (including, but no longer limited to, talented women) away from institutions that are seen as too slow to adapt.

“That did not happen five years ago,” Harris adds. Kimmel says that didn’t even happen 12 months ago. He notes, “Donald Trump brags about committing sexual assault, and 53% of white women vote for him.” But 2017 has brought with it not just Trump’s presidency, but has also shone a spotlight on Travis Kalanick’s scandal-plagued Uber, James Damore’s slice of Silicon Valley, Bill O’Reilly’s Fox, and Harvey Weinstein’s (and also allegedly Louis CK’s) Hollywood.

“As ugly as it may sound, come on, we all knew that things like this were going on across all industries, but there was some kind of silence,” says Harris. “Once you shed the light on the monster, the monster’s not scary anymore. If we can talk about it, we can solve it. And I’m excited to see what’s happening now, because it’s being talked about everywhere.“ 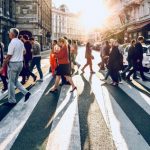 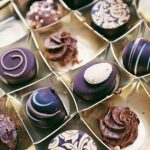 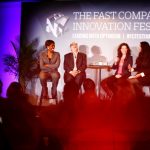 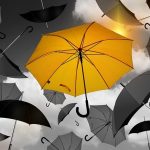 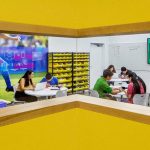 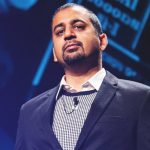 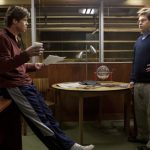 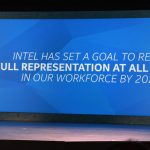 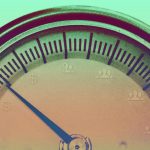 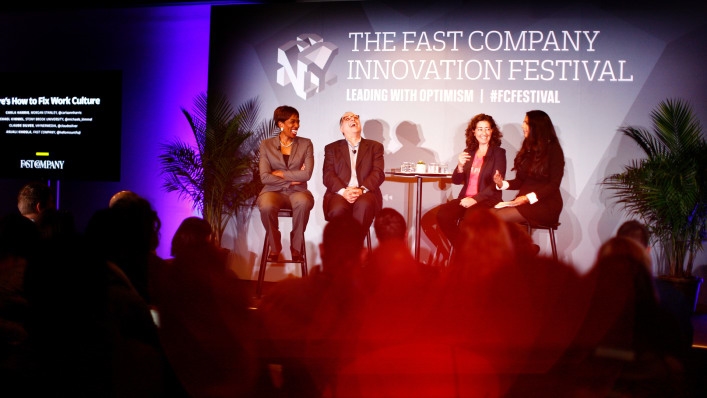