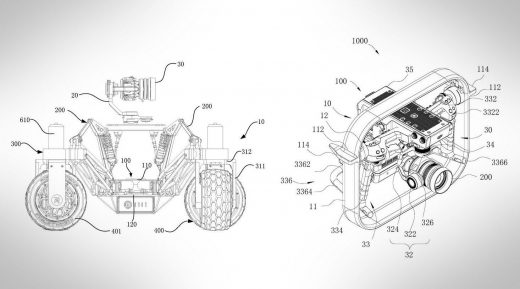 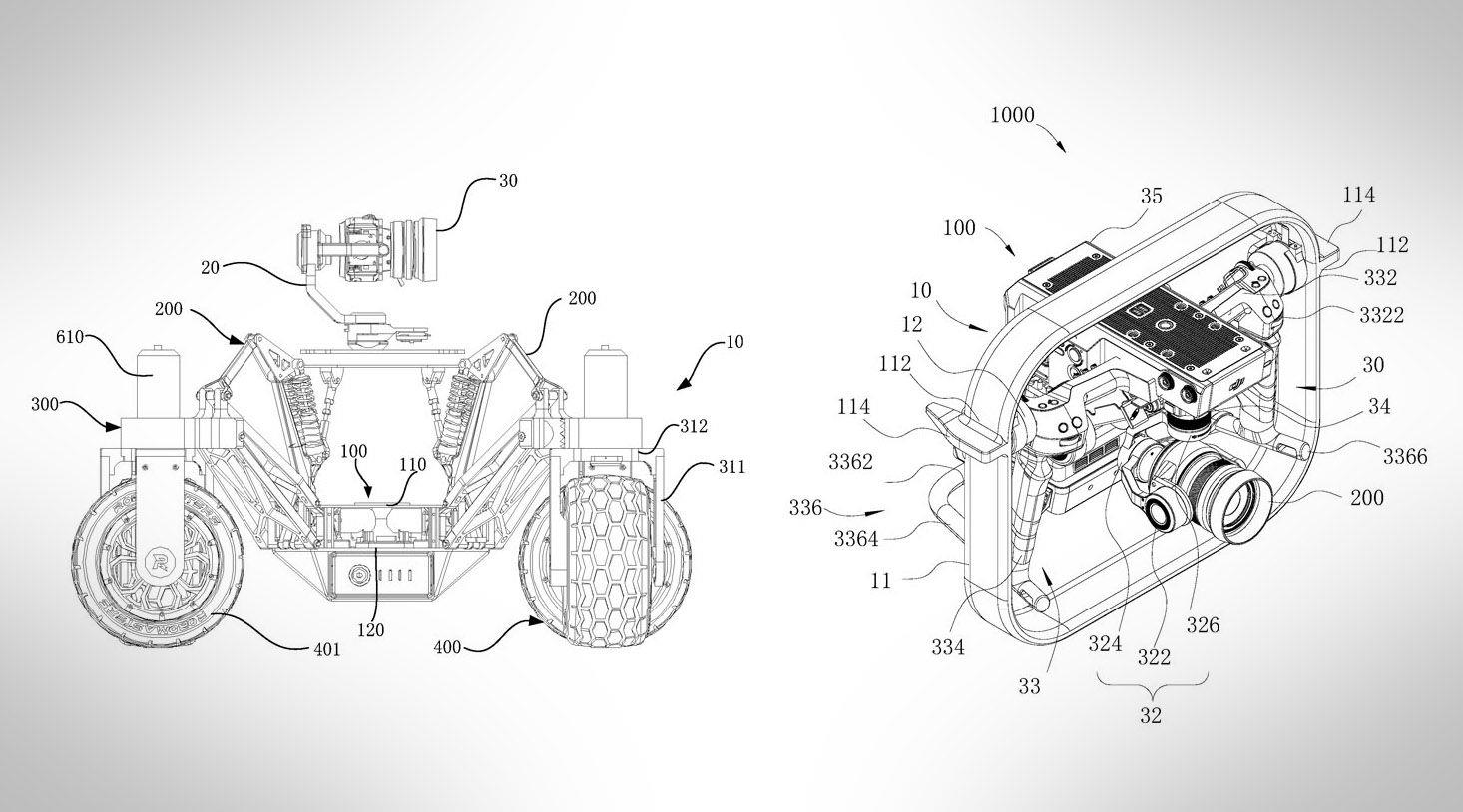 DJI has quite a gamut of drones and gimbals, but most are either handheld or airborne. However, the company seems to have ground-based ambitions too, as a new Chinese patent seen by Weibo user “Machine Power” and others shows. The document shows a rugged looking land-based “all-in-one” vehicle with an elaborate suspension holding a stabilized camera. It might be a way for DJI to compete against Tero’s ground-based Freefly camera platform.

Unlike Freefly, the DJI vehicle seems to include its own camera and stabilizer, much like the Mavic and other drones. At the same time, the suspension seems to have a lot of travel that would allow it to operate smoothly on relatively rough terrain. That would no doubt make it simple to operate and relatively lightweight. Mero’s Freefly, by contrast, is a whopping big vehicle that can support a heavy RED camera with a stabilizer.

Such camera platforms can capture pretty cool ground-level shots that a drone just can’t, so it would make sense for DJI to turn this into a product. However, take it all with some salt — while patents can be fun, they’re by no means a guarantee that a company will ever build the product shown.