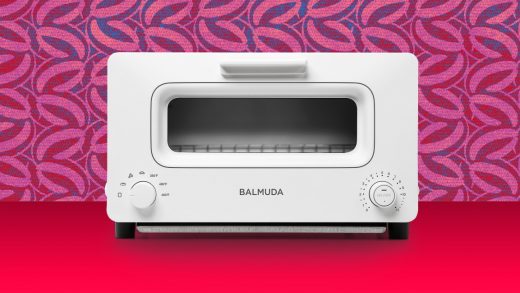 Does steaming your toast really make it more delicious? I tried Balmuda’s high-tech toaster oven to find out

I never thought I’d want my toaster to produce steam. A toaster accompanied by cloudy haze usually signals a charred mess, rather than deliciousness. But now, all that has changed.

Known in its home country for creating design-forward electronics, including fans, lights, and a vacuum sleek enough to stand up to Dyson, the pioneering Japanese electronics company Balmuda launched its first products in the United States last spring: an electric kettle and the Toaster, a chic, rectangular box with two dials and a glass window. It’s more stylish and compact than your average toaster oven, though it looks fairly similar at first glance. The front knobs set time and toast settings, delineated by miniature icons of pizza and a croissant.

The Balmuda Toaster’s magic comes from the shallow metal inlet that you pour water into from a small measuring cup. Once the device is turned on, the water phases to steam, encasing food in a cloud that, according to Balmuda, retains (or restores) moisture and bounce in baked goods, making croissants, artisan sourdoughs, and even plain old sliced bread just the right combination of crispy on the outside and soft in the middle—even if they’ve gone stale. On pizza setting, the toaster blasts the top of your bread on high heat for the final seconds of the bake, so you get the sensual theatrics of molten cheese as it bubbles and browns.

Balmuda is renowned for innovating on humble household items, making them look and perform better with clever upgrades. (Example: the Light, a desk torch that doesn’t cast shadows or create glare, because it utilizes the same technology used in surgeon’s lamps.) The Toaster was introduced in 2015, following an aha moment during a rained-out company barbecue when an employee noticed the steamy effect of still-moist charcoal on grilled bread. Balmuda engineers spent a year figuring out how to incorporate steam technology into a small, counter-top oven.

The company was equally interested in the form of the Toaster, which looks like a mini wood-fired oven. Shoko Fukuoka, Balmuda’s sales manager, says the design was inspired by a modernized rendition of a wood-burning stove that appears in the animated film Kiki’s Delivery Service, from legendary director Hayao Miyazaki. Plus, he adds, “The window is intentionally small, which urges the user to take a peak and builds excitement.”

The Balmuda Toaster that’s available in the U.S. isn’t the same as the one sold in Japan: It’s been reconfigured to adapt to “local bread culture,” Fukuoka says. The one sitting in my kitchen features specific modes to accommodate supermarket and artisan bread, and it includes the pizza mode, which is only available in the U.S.

But is steam-toasting your bread really that much better? I was ready to find out. Fearing that a complex carb apocalypse was coming and I was the only one who knew about it, I spent the early weeks of the pandemic buying loaves of bread from all of my favorite bakeries. Hunks of sourdough and rye wound up in my freezer, where I now take them out one slice at a time. As it transpires, bread has a terrible shelf life.

Since the Toaster came into my life, my carb consumption has tripled. But hey, it’s quarantine.

It defrosts and crisps my frozen bread just as well as my regular toaster. I can’t quite trick my brain into thinking they don’t taste exactly the same. But the Toaster truly shines when I add grated cheese or a slab of butter for a creamy indulgence. It restores stale, store-bought croissants to a fluffy, lightly browned glory.

I’ve put freshly delivered pizza that’s just too pale and congealed for my liking into the Toaster with spectacular results: crisp but supple crust and gooey, hot cheese. I filled my camera roll with backlit photos of bread at various stages of toast. Eagerly watching my meals disappear behind a sheet of steam is a welcome and regular part of my day. Despite my reservations about introducing another appliance into a kitchen when countertop space is at a premium, I’ve found that the Toaster is more than a one-trick pony.

In fact, when it comes down to it, toasting sliced bread might be the least impressive thing that the Toaster can do. But that’s not a bad thing. Matthew Moore, a fellow owner of a Balmuda Toaster and the head of design at Lime, live-tested steamed and not-steamed slices of toast while on the phone with me. “I’m not convinced it has a big impact,” he said with a crunch. A few comparative bites later, he conceded: The steamed toast was “a little bit more moist.” More interesting to him are all the other things the Toaster can do.

Moore says that he and his family of four have used their Balmuda Toaster between three to five times a day since May. They toast bagels and grilled cheese, reheat chicken nuggets and naan. Moore says he’ll make a stack of waffles or pancakes on the weekends, and they’ll taste fresh off the griddle after a run in the Toaster several days later. Moore loves his Toaster so much that he bought one as a wedding present for a close friend. “We’ll text back and forth about the things they’ve been cooking in it,” he says. “I’ve gotten a lot of joy out of it, and it’s fun to connect over with your buddy.”

Balmuda plans to expand into other categories in the U.S. Its gooseneck electric pour-over kettle, named The Kettle (of course), is available now, and Fukuoka says to expect another release this spring. Until then, I’ll be basking in the amber glow of my Toaster, watching it steam my frozen bread back to life. 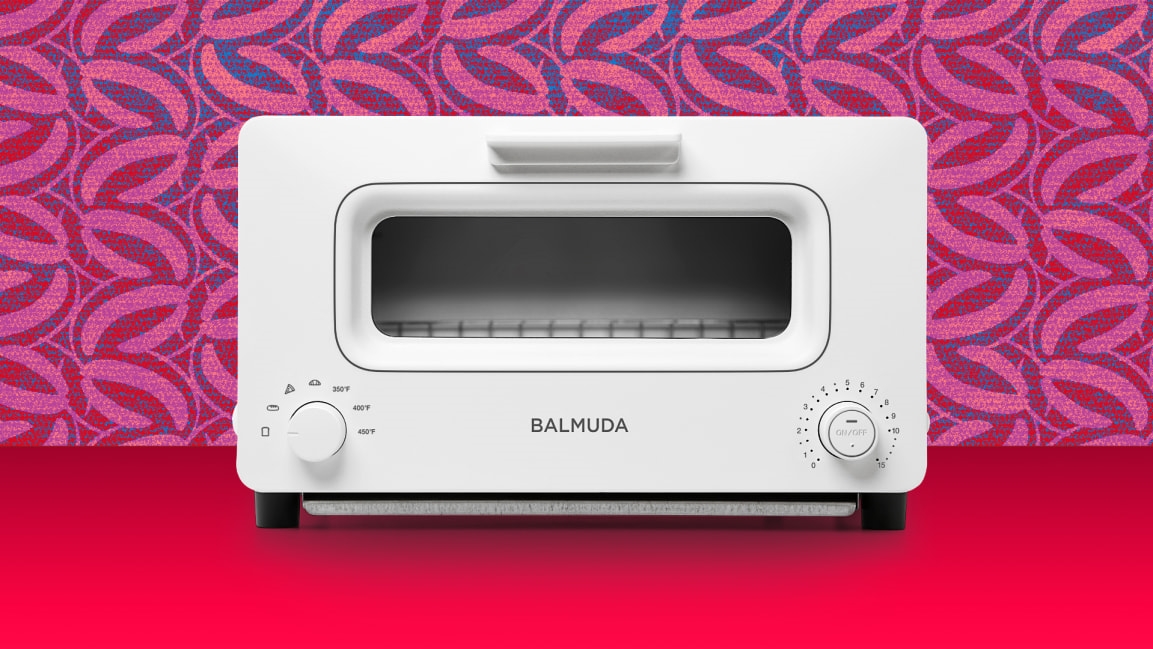