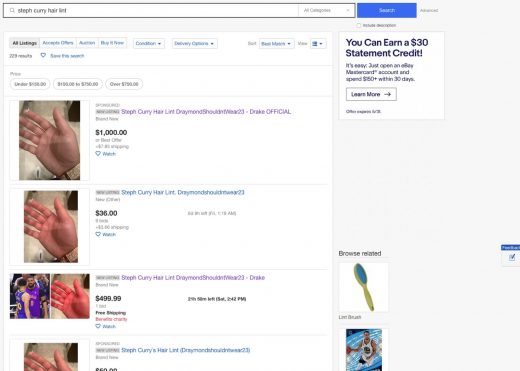 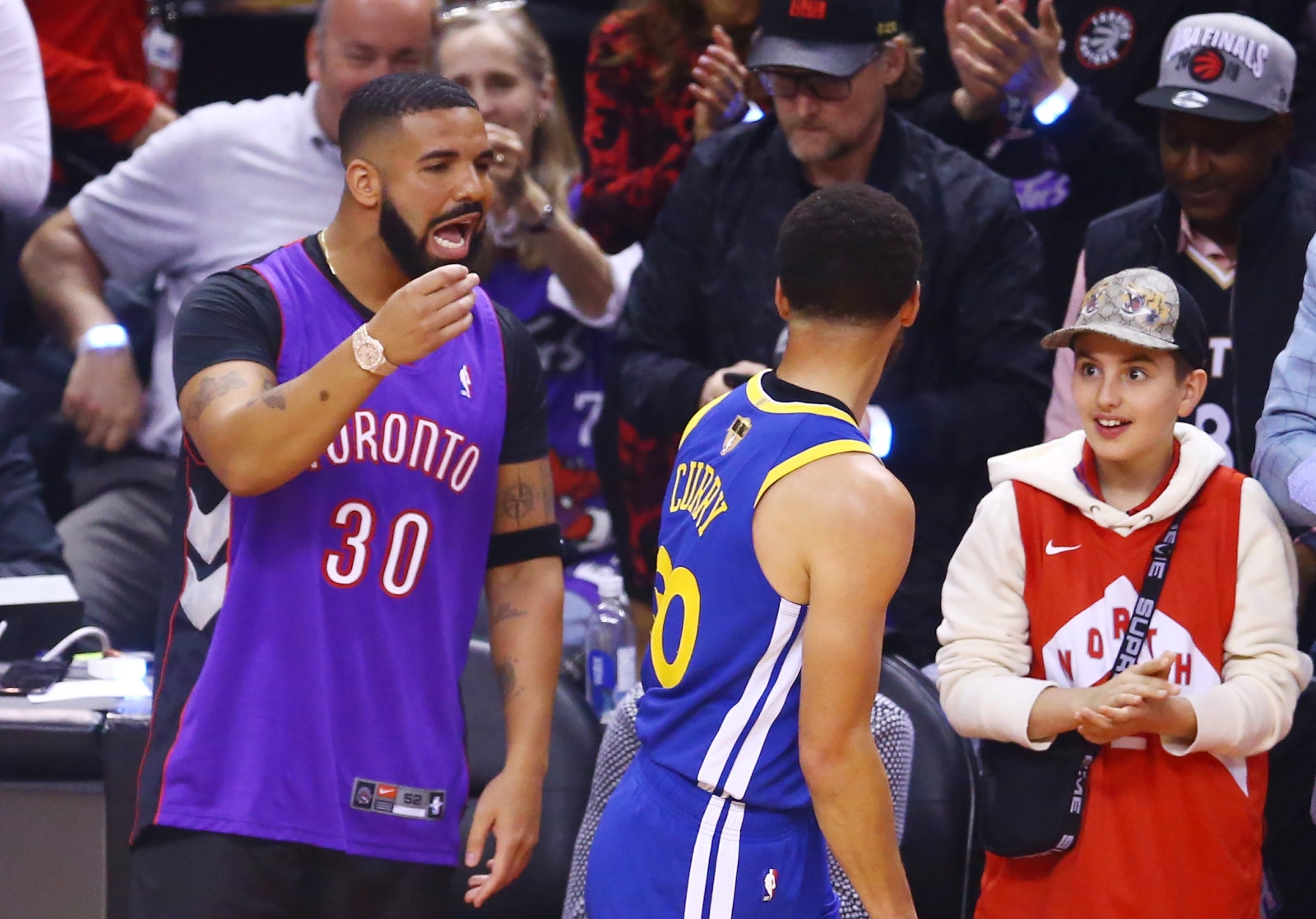 Aubrey Graham, better known to the world as Drake, is basically a human meme. He has this uncanny ability to make people on the internet want to turn anything he does into viral content. Drake also happens to be an ultimate troll. Last night, during game one of the 2019 NBA Finals between the Golden State Warriors and Toronto Raptors, he exchanged some words with superstar Steph Curry. As that was happening, Drake seemingly took a moment to pull lint out of Curry’s hair. That may seem strange, but you should know that Drake has Curry’s number tattooed on his arm. Yes, even though he’s a Raptors fan. After the game, which the Raptors won, Drake then had an exchange with another Warriors player: Draymond Green, who was on the receiving end of something along the lines of “you’re trash.“

But Drake didn’t stop there.

He then took to Instagram to post a video and picture with a caption that said, “Steph Curry hair lint for sale on my eBay right now!!! username: DraymondShouldntWear23.” In the image, you can see Drake holding the piece of lint that he took from Curry. Naturally, because this is the internet after all, that post from Drake has now taken on a life of its own. And even though Steph Curry’s hair lint doesn’t appear to actually be up for sale — the username “DraymondShouldntWear23” is “no longer registered,” according to eBay — Engadget discovered hundreds of fake listings on the site. One has a bid of $100,000. 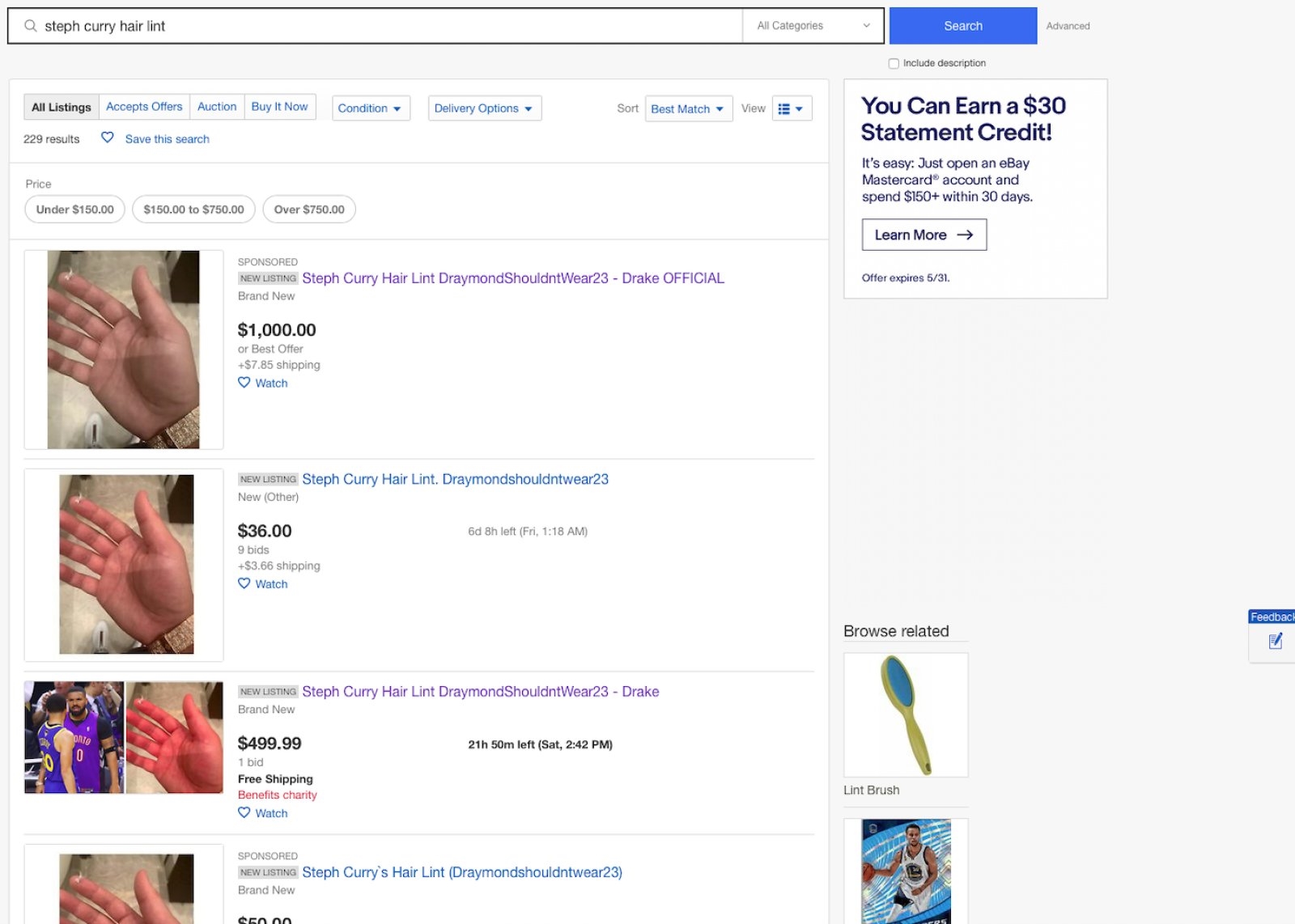 What’s more bizarre about this whole situation is that some of these fake listings are described as “Benefits charity,” even though the sellers clearly have no access to Curry’s hair lint. “10% of the sale of this item will benefit The Humane Society of the United States,” reads an eBay listing that’s currently live. eBay has not responded to our request for comment, but the company’s policies state that sellers must “provide accurate and consistent details about your items and to be clear and specific about the terms and conditions of the sale.”

That’s clearly not that’s happening when people search for “Steph Curry hair lint” on eBay, which brings up more than 200 results — and it’s not as if Drake took 200 pieces of lint out of Curry’s hair. We’ll update this story if we hear back from eBay. Either way, this shows yet again the power Drake has to turn the internet on its head. It also shows that, despite this starting out as harmless NBA drama, there will always be people out there trying to find ways to run scams. Or maybe, just maybe, it’s all part of the joke.